It's a New Year and nestled somewhere among your New Year's resolutions is the desire to do more travel. If that's what you're after, look no further than Ireland's 32 counties. Here's The Irish Post's run-down of what to do in each one.

Must-see: The Glens of Antrim. The village of Cushendun at the foot of Glendun was designed by Clough Williams-Ellis architect of Portmeirion in North Wales.

Off-beat Antrim: Auntie Sandra’s Candy Factory in Belfast is a unique sweet shop that looks the same as it did 50 years ago. All confectionary and chocolates (pan drops, humbugs, gobstoppers, fudge, yellow man etc) are made by hand to traditional recipes. A viewing window into the small quaint factory allows visitors to enjoy the experience. www.auntsandras.com

Must-see: Armagh is only city in the world with two cathedrals with exactly the same name; both St Patricks are essential visits.

Must-see: Altamont Gardens, an astounding horticultural collection, the product of some 250 years of planning, planting, pruning, hoeing and weeding.

Off-beat Carlow: Huntingdon Castle – an admirable Anglo-Irish pile from the outside; inside the dungeons are converted into a Egyptian temple dedicated to the goddess Isis.

Must-see: The Shannon Pot, in the Cuilcagh Mountains. This deep, silent mountain pool is the source of the mighty Shannon.

Off-beat Cavan: Bishop Bedell who first translated the Old Testament into Irish, is buried in the grounds of St. Fethlimidh’s Cathedral.

Must-see: The Burren. A hauntingly beautiful region, spectral limestone pavements loom out of the turf, criss-crossed by deep flower-filled trenches.

Off-beat Clare: Inis Cealtra, or Holy Island is home to a 7th century religious settlement. If it's Celtic crosses, ancient tombstones you're after this is the very place.

Must-see: Recently visited by Queen Elizabeth, the English Market is an essential destination for royalty, foodies, and sightseers. Dating back to 1610, the vast covered concourse local specialties and international delicacies.

Must-see: The Tower Museum. The Story of Derry Exhibition will give you a handle on Derry’s 2,000-year history, from its evangelising Christianity to the Battle of the Bogside in 1969, and not forgetting the unexpected visit by the Spanish Armada.

Off-beat Derry: Just outside Muff is a monument to Amelia Earhart, the first woman to fly the Atlantic. Pop into the nearby Earhart Centre for the complete gen.

Must-see: The Slieve League Cliffs overlooking Donegal Bay claim to be the highest in Europe – and no better place from which to witness the Atlantic Ocean perform its riotous party piece.

Off-beat Donegal: The court tombs of Mainnéar Mortlaidh and An Clachán Mór near the town of Gleann Cholm Cille.

Must-see: St Patrick’s grave in the grounds of Down Cathedral in Downpatrick. St Brigid and St Colmcille are also reputed to be buried in the same grave.

Off-beat Down:  The Ulster Folk Museum in Cultra is an evocative slice of Old Ireland. In the transport section, naturally enough the Titanic looms large. 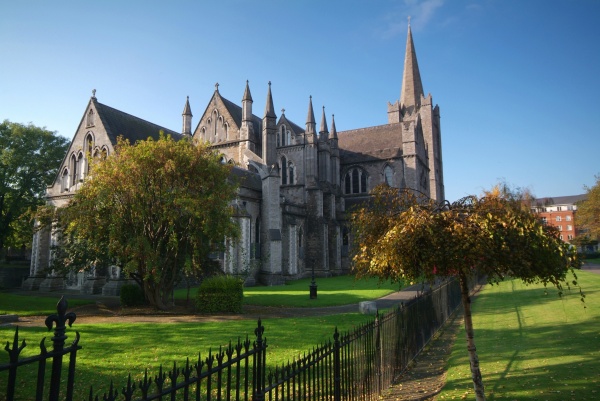 Must-see: St Patrick’s Cathedral, Dublin, has been in the business of saving souls for the best part of 1500 years. Patrick himself baptised Dublin’s sinners here, and every nook, and indeed cranny, holds some curio of interest.

Must-See: Castle Coole. Even the most laid back tourist is likely to find themselves gasping at the sight of one Ireland’s great neo-classical houses.

Offbeat Fermanagh: Florence Court is the home of the world’s first Irish yew. Today the tree adorns gardens, graveyards and parks throughout the world. The original specimen, produced circa 1750, can be found lurking unassumingly near the main house.

Must-see: The Lynch Memorial in Market Street. The proclamation begins with the chilling words: “This memorial of the stern and unbending justice of the Chief Magistrate of this city, James Lynch FitzStephen, elected Mayor, 1493, who condemned and executed his own guilty son, Walter, on the spot .... “ Thus a new word entered the English language. 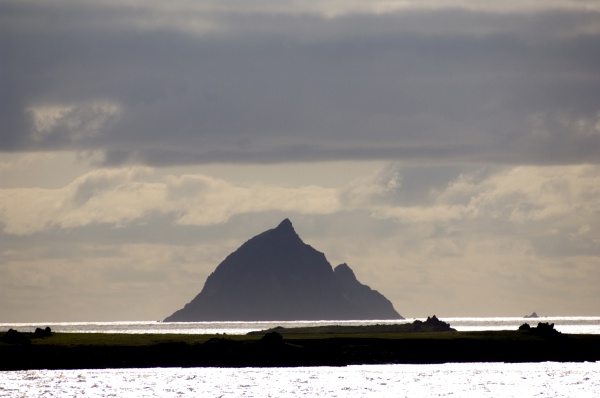 Off-beat Kerry: The footprints of 385 million-year-old four-legged animals or tetrapods, the ancestors of amphibians, reptiles, birds and mammals, can be seen on a trackway in the shadow of Jeokaun Mount on Valentia Island. This is an internationally significant site, you bet Jurassic!

Must-see: The grave of Theobald Wolfe Tone, in Bodenstown Churchyard. Pay your respects to the father of modern Irish nationalism.

Must-see: Kilkenny Castle - up there with Edinburgh Castle or the Tower of London – this is one of the great castles of the world.

Off-beat Kilkenny: Jerpoint Abbey, Co. Kilkenny is one of the finest Cistercian monastic ruins in Ireland. Nearby is the reputed grave of St Nicholas, in the grounds of the ruined church of St Nicholas.

Must-see: The Hunt Museum, one of Ireland’s premier museums and one of the finest private collections of art and antiquities in the world.

Off-beat: Visit the prince of Montenegro’s Grave, in the Church of Ireland graveyard of St Mary’s Cathedral, the oldest building in the city.

Must-see: Rock of Dunamase (Dun Masc "the fort of Masc") which stands 150 feet high in the heart of what is otherwise a flat plain.

Off beat Laois: The Round Tower, Timahoe, is one of the finest round towers in Ireland.

Must see: Parke’s Castle, a beautiful fortified house at the eastern end of Lough Gill built 400 years ago.

Off-beat Leitrim: Lough Melvin is internationally renowned for its unique range of plants and fish – with three types of trout, this is ichthyology central.

Must-see: The Mote of Granard. Some 600 feet high, it offers a wide-screen view of the Midlands.

Off-beat Longford: The Old Bog Road, Corlea, a 2000 year old trackway. The Corlea Trackway Visitor Centre will tell you all about it.

Must-see: Monasterboice, founded in the 5th century, and still fully equipped with round tower and high cross. 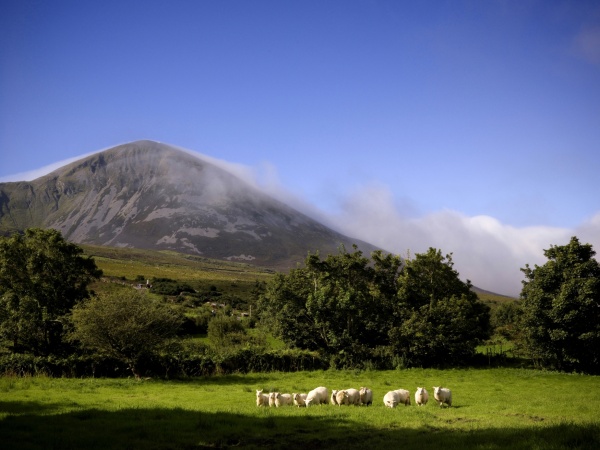 Must see: Croagh Patrick, which has been a holy site since pre-Christian times.

Off-beat: Trim Castle was the largest and most important castle in Ireland for several centuries. The very model of impregnability, it is an unspoilt reminder of more turbulent times.

Must-see: The Patrick Kavanagh Centre, Iniskeen. Letters, manuscripts and memorabilia of the poet who wrote (amongst many other masterpieces) Raglan Road.

Off-beat Monaghan: Castle Leslie, one of the most idiosyncratic hotels in these islands.

Must see: Near Clareen stands what is reputedly the most haunted castle in Ireland. Leap Castle has guarded the pass from Slieve Bloom into Munster since the 14th century. Tours are available. If you think you’re hard enough.

Off-beat Offaly: Kinnitty Pyramid, the only one of its kind in Ireland, is situated in the graveyard of the Church of Ireland in the village, standing 30 ft high. Built in the 1830s, it is an exact replica of the Pyramid of Cheops in Egypt

Off-beat Roscommon: The village of Elphin has been a bishopric for 1500 years, and the cathedral holds the remains of members of the Goldsmith (literary fame) family.

Off-beat Sligo: Carrowmore Megalithic Tombs, some dating back 6000 years, gives a clue as to how early Irish people amused themselves.

Must-see: The Rock of Cashel rising some 300 feet above the plains of Tipperary is topped by towers and turrets of splendid medieval architecture.

Off-beat Tipperary: Grubb’s Grave, Clogheen. This peculiar monument houses the remains of Samuel Grubb, one time owner of Castle Grace. Mr. Grubb insisted on being buried upright, so that come Judgement Day, he'd be up and ready to go.

Must-see: The Ulster American Folk Park, which tells the story of emigration to the New World. Off-beat Tyrone: The Dun Ruadh tombs and stone circle are situated on the sweeping curve of Crockyneill roughly between Cookstown and Omagh. Beyond the Dun Ruadh graves, further up the hill, there is another monument hidden well away from view, which is truly worthy of attention. This is a Mass Stone built sometime in the 19th century.

Must-see: Oliver Goldsmith country stretches into Co. Westmeath - Ballymahon, Ardagh and Edgworthstown all featured in the writer's life, and represent a wonderfully languid, literary day out. If it's peace and tranquillity you're after, let's just say: this is not a part of the country facing congestion charges anytime in the near future.

Off-beat Westmeath: The Hill of Uisneach, reputedly the centre of Ireland, associated with the High Kings of Ireland, and the sacred site of the ancient goddess, Eri or Eru, from which Ireland possibly derives her name. This may also be the site of the world’s very first Halloween bonfire, perhaps some 5000 years ago.

Must-see: Hook Lighthouse, named in 2011 by the Lonely Planet Guide as the world’s number one lighthouse. It dates back to the early 13th century, probably the longest continuously operational lighthouse in the world.

Off-beat Wexford: Visit the Leaning Tower of Tagoat. Not quite as famous as the one in Pisa, but worth a visit nonetheless. The tower in question is part of the remains of a Norman castle on Lady's Island, on the Wexford coast.  Not far from Carnsore Point of Met Éireann fame (whose weather station's findings are read out every day on RTÉ).

Must-see: The 1400-year-old monastic settlement of Glendalough a grey stone huddle of buildings clustered about the round tower. This is, one of the most ethereal and atmospheric places in all Ireland. 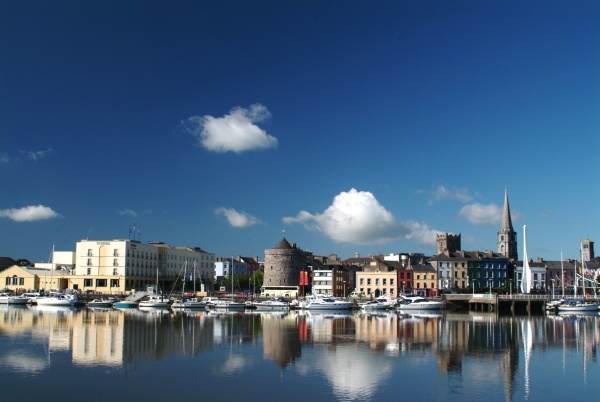 Off-beat Waterford: The gardens in Mount Congreve are in flower every month of the year - thanks to its sheltered position.