ADVENTURE CALLS: The island of Ireland's great outdoors are waiting to be explored

CASTLES, monasteries, follies, dolmens, medieval bridges, historic gardens and myriad other reminders of a rich, age-old heritage crop up on any walk, hiking route, cycle-ride or canal trip on the island of Ireland.

Whether you’re strolling through the ancient ruins of Clonmacnoise monastery in Co. Offaly, admiring the extraordinary brutalist architecture of the Ulster Museum in Belfast, or examining Reginald’s Tower in Waterford city (probably the oldest urban monument in Ireland) you’ll be touched by an extraordinary culture that has developed here on the fringes of Europe.

You can do it quickly, or you can do it languorously — even by horse-drawn caravan if you like.

Several companies hire out old-style caravans that amble at walking pace, passing along lanes and byways strident with fuchsia and meadowsweet, the hedgerows filled with birdsong.

Sightseeing by kayak is an alternative way to see the coast.

Head for Carlingford, originally a Viking harbour town, and look out for the muscular fortifications of King John’s Castle.

Situated at the edge of the ancient harbour, this was once the most northerly outpost of the Pale.

Paddle your canoe north of that, and — as you will have already worked out — you’re beyond the Pale.

Dinghy sailing, horse-trekking, rock-climbing, whale watching, paddle-boarding, sailing - there’s a wealth of activities to choose from on every coast, and Ireland has plenty of coast. You’re sure to find an adventure that could transform your holiday, and - who knows - maybe even your life.

Ireland’s counties are perfect for on-road and off-road cycling.

In Northern Ireland you can journey along beaches such as Newcastle Strand, or along the quiet byways of Co. Tyrone, passing prehistoric stone structures such as Creggandeveskey court tomb.

Built around 3500BC, it’s angled to make the best of the solstice.

Never mind Stonehenge — this is the real deal, and you’ll probably have the place to yourself to contemplate midwinter mysticism.

The island of Ireland has several dedicated cycleways, many of them following now defunct railway branch lines, along bridleways or by the old canal systems

Starting in east Belfast, the Comber Greenway runs through a tranquil green corridor through the city.

In Mayo the Great Western Greenway opens onto dramatic views across Clew Bay, while the Waterford Greenway crosses impressive Victorian bridges and viaducts before arriving at Dungarvan Bay. 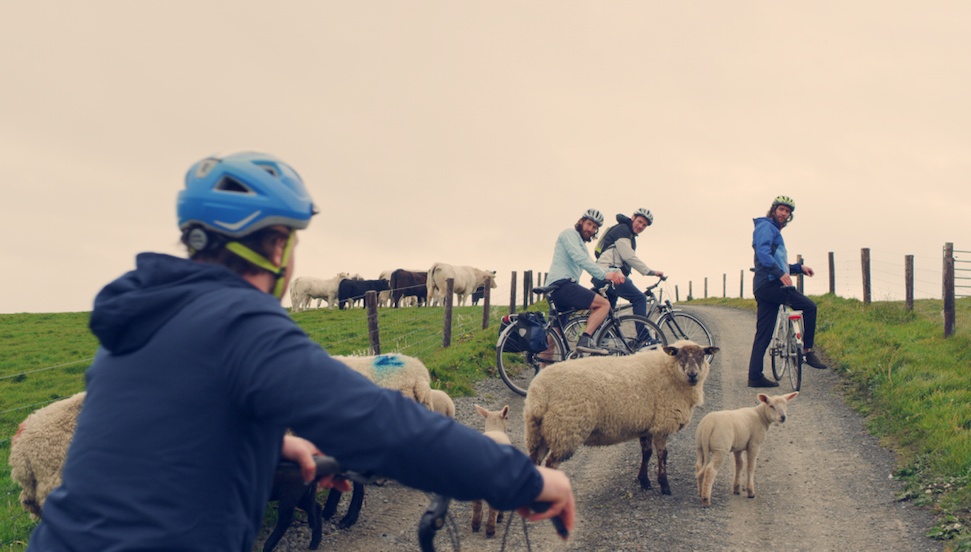 Enjoy a breath of fresh air on the open road

The mountains on the island of Ireland will leave you breathless in more ways than one as you stride through heather and history.

A huge expanse of countryside – mountains, moorland, bogland, coastline and woodland – means you can wander all day at will.

Macgillycuddy's Reeks, Ireland's highest mountains, offer the toughest challenges, but the Slieve Blooms (mostly in Offaly) or the Mournes and Sperrins in Northern Ireland provide everything from demanding climbs to pleasant rambles.

The full force of the Atlantic thunders into Ireland’s west coast— which is excellent news for whitewater fans.

Cruising on the Shannon-Erne waterways or across Lough Neagh will give you a chance to explore islands or stop off on one of the many inns on the riverside.

Some of the island of Ireland’s beaches, such as Benone Strand in Co. Derry-Londonderry, provide ideal conditions for kite-surfing and land-yachting.

The rugged coastline in places such as Co. Sligo or Co. Antrim provide excellent scope for coasteering.

This involves following a shoreline, stream or river and negotiating the many obstacles that get in your way, sometimes diving into water.

It’s probably not for the faint-hearted. 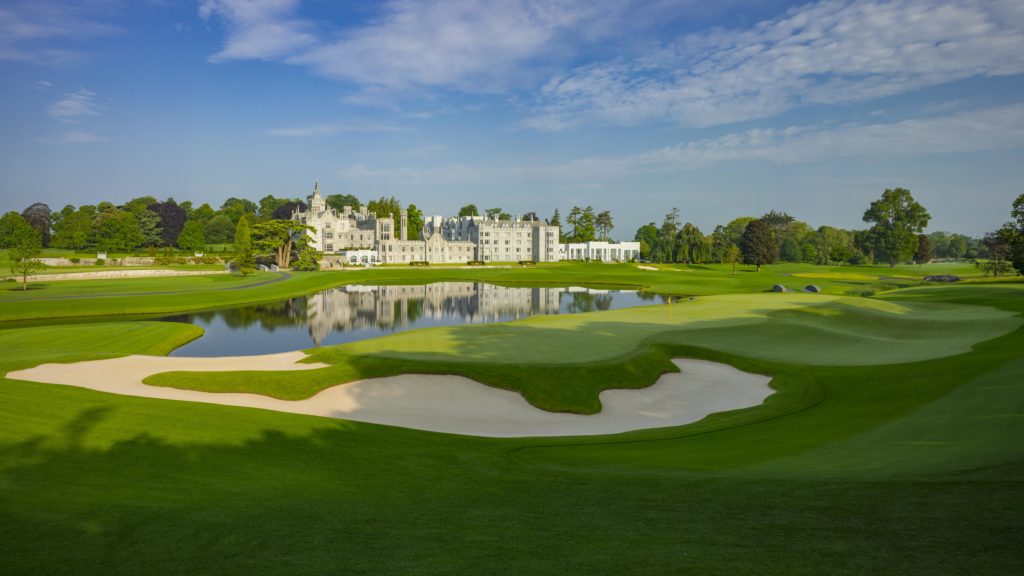 The luxurious Adare Manor in Limerick

The island of Ireland can lay claim to some of the finest fairways and greens in the world.

With more than 400 courses to choose from it’s a golfers’ paradise.

The Royal County Down is on any list of the top ten courses in the world, with Golf Digest naming it number one.

It also happens to be one of the most spectacular anywhere, while Royal Portrush, on Antrim’s spectacular north coast, was the dramatic setting for the 2019 Open Championship.

And that competition, which is the oldest major championship in the world, returns to Royal Portrush in 2025.

Ireland also has its fair share of parkland courses.

The K Club, in Straffan, Co. Kildare, is the best-known parkland course.

Having once staged the Ryder Cup, these 18 holes are to be reckoned with.

In 2027 the luxurious Adare Manor in Limerick, which boasts its own 18-hole golf course, will take its turn playing host to the Ryder Cup.

Ireland’s golf courses can offer the most challenging of sporting tests.

But they’re always set in the most spectacular of scenery, and inevitably come with every manner of luxury from spa to swimming pool.

So even if you can’t tell a baffing spoon from a hole in the ground, you’ll likely still have a splendid time.

Always check the latest travel and public health advice and gov.ie, nidirect.gov.uk and Ireland.com to find information and inspiration