The craic in Krakow

Vroom with a view! Try the new way to tour Krakow, Poland’s medieval gem, hanging on to the ‘Lady in Blue’ (well, to be accurate, she does actually turn up on a blue Vespa Scooter). 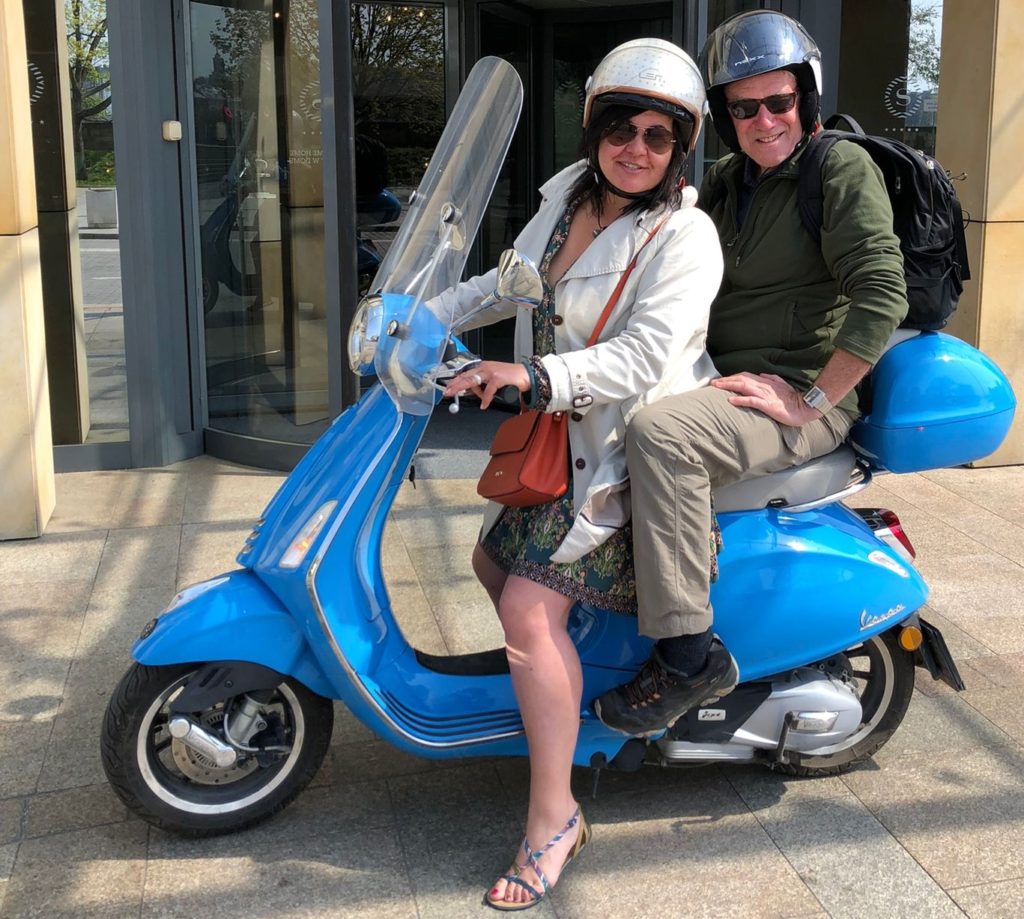 Kasia sets off with James on her beloved Vespa

She whizzed up to the hotel on her blue Vespa Scooter, whipped off her helmet, shook my hand and broke the ice with that heart-warming Irish greeting: “Slainté.”

Her next move was even more surprising when she held out a second helmet to me and asked: ”James, would you like to ride on the back?”

This was an unexpected offer I couldn’t refuse on a go-anywhere two-day tour with my bubbly guide, mother-of-two teenage boys, Kasia Socha, 47.

A born-and-bred Krakovian, she knows the city’s highlights and secrets like the back of her hand and has just begun offering a pillion seat on her beloved 2019 Vespa 125 Primavera Special Edition Scooter for willing tourists.

For me this was a dream after being first introduced to two-wheeled-travel on the back of my cousin Sean Ruddy’s Honda 50 moped, which he would roar us down country lanes during my 1970s holidays in County Mayo.

Soon after those blissful rides, I graduated to bottom-numbing, parka-wearing runs on my own white Lambretta to Skegness for raucous teenage weekends, like those portrayed in the Quadrophenia movie with its cult soundtrack from The Who.

So Kasia’s offer filled me with excitement, as I had expected a walking tour – not the blissful driving experience provided by her ‘open-air office’ which, she says, “I can take anywhere and park anywhere – the city is our oyster.”

So it proved. With her lively driving style, we bounced over Old Town cobbles, weaved through huge crowds heading up dreamy Castle Hill and dived into local markets to park up and joke with the honey and cheese sellers. 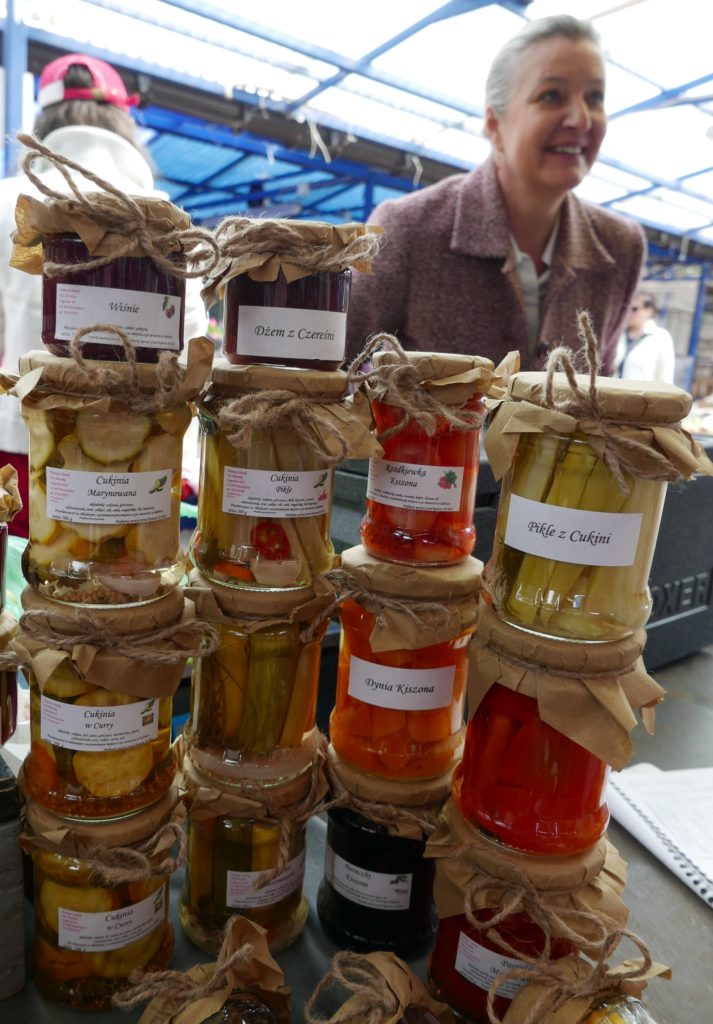 At the Stary Kleparz open-air market, I came away with an armful of gifts from her friends among the traders, including jars of mushroom soup and pickled pork and cabbage, a chunk of goat cheese embedded with sweet nettles and even a box of blue eggs from Araucana Lucyna chickens, claimed to have lower cholesterol and higher protein.

After lunch among the hipster bars and cafés of the Kazimierz area, her guiding skills almost tempted me to snap up a designer leather jacket for around £25 at one of the city’s popular second-hand clothes markets.

Kasia seemed to know everyone – and everyone seemed to know her. As one of the city’s busiest guides, she is fluent in English, French, Portuguese and Russian and the daughter of a leading surgeon as well as a mother who still practises as a lawyer.

Off the well-worn tourist track, she took me for a drink at an out-of-town castle in Przegorzakly with one of the region’s best views across the mighty Vistula river, where a Turkish businessman is opening a luxury hotel next year.

Nearby, I had a sneak view of the private allotments which were prized by the elite during the Communist era, when Russian dictator Stalin took over from Hitler and Poland suffered decades behind the Iron Curtain.

Kasia’s insights lifted a veil from an ancient city which Ryanair’s cheap flights has made a traditional destination for hen and stag parties who have flocked to its rocking bars and clubs, which still open late and sell beers and shots for as little as £1 apiece. 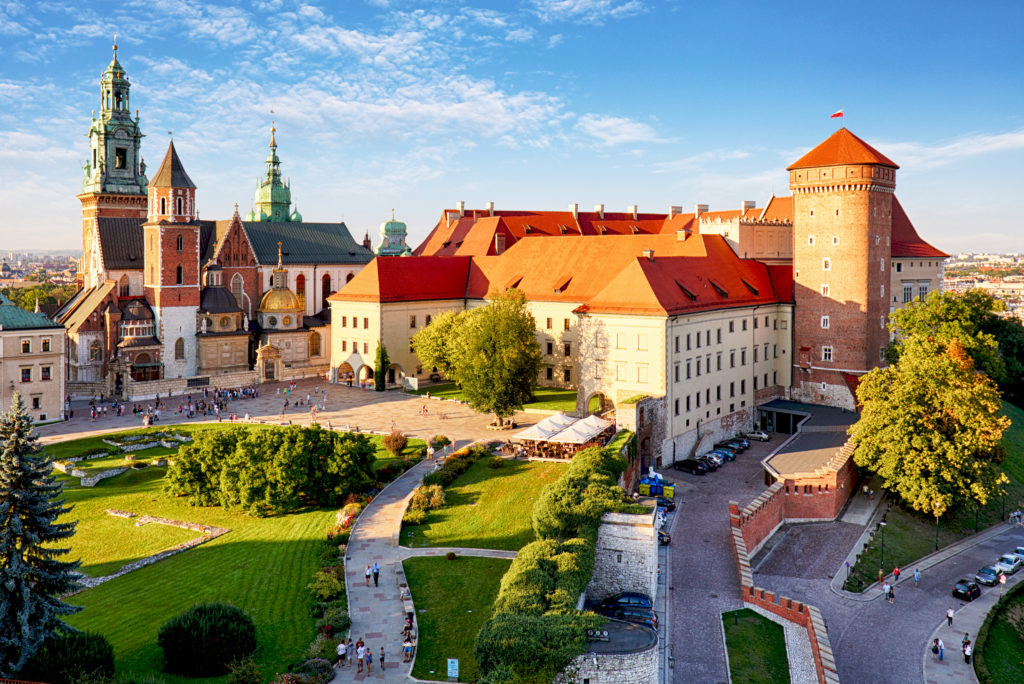 But Russia’s brutal invasion of Ukraine (the border is just 3 hours up the E40) has cut UK tourist numbers recently and rekindled old fears.

“We call Putin Putler,” says Kasia, “because he is acting just like Hitler did in the evil way that he is treating human lives as worthless.”

Her words are underlined by the harrowing experience that can be had from a visit – just a 90-minute train ride away – to the German concentration camp of Auschwitz-Birkenau where the Nazis killed over 1 million Jews during World War Two.

As we talk in the coffee bar of the museum dedicated to Oskar Schindler, who saved 1200 Jews from extermination by employing them in his local factories, a young woman begins to chat to us.

Ann Kostiuk, 31, has beautiful long black hair and the saddest of dark eyes that tell how much she has suffered in fleeing from her home in Kyiv.

She shows us a phone picture of a heavy Russian missile fragment that landed at her feet, almost decapitating her, early in the war.

Like many Ukrainians, she is a refugee now living with a university girlfriend in Krakow and assures us, unconvincingly: “I am OK. I am a traveller and have always travelled.”

It is a window into a world far away from the fine restaurants, beautiful churches and leisurely parks and riverbank walks of Kasia’s glorious city.

And it’s the reason we should defy the evils being meted out on innocents across the border and continue to visit Poland and Krakow as a show of our defiance. 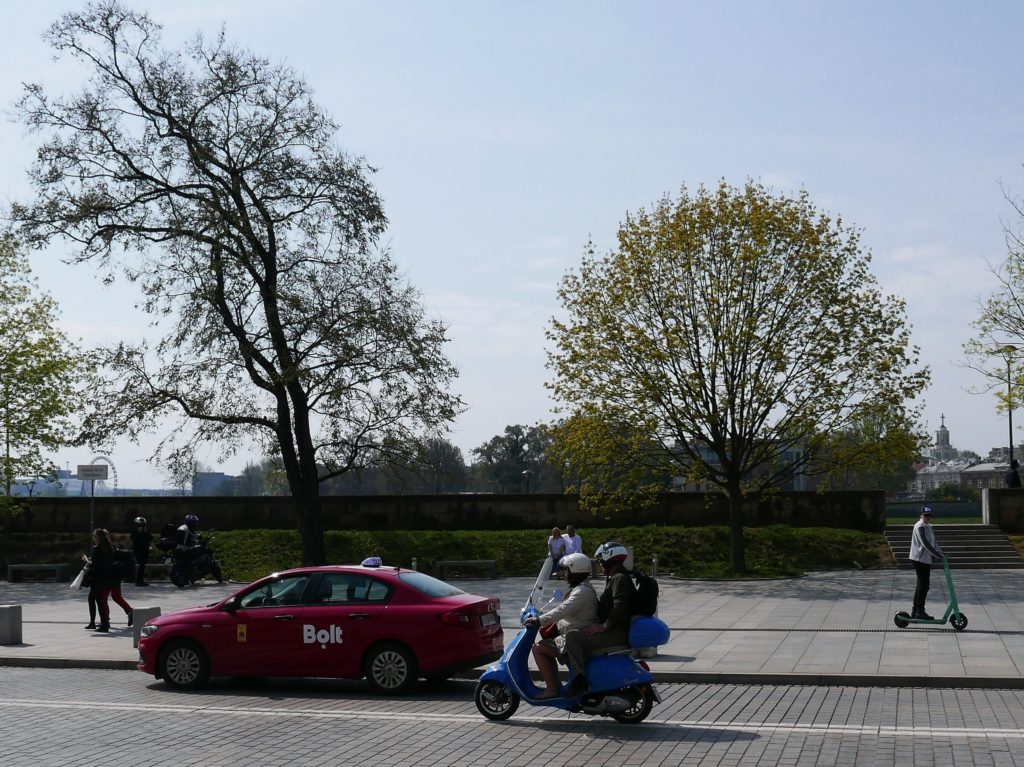 Scooting down the Vistula riverbank

For detailed Poland and Krakow information, go to: www.poland.travel,#visitpoland, http://krakow.travel/en/,#visitkrakow

For big savings on UK airport parking, hotels, lounges and transfers try Holiday Extras. For example, one night’s accommodation at the Clayton Hotel is £144 per night, or nine nights’ Meet & Greet Parking is from £69.29 at Terminal 1, Manchester Airport. Visit HolidayExtras.com or call 0800 316 5678.

Like several East European countries, Poland has faced a drop in visitors from the UK and Ireland due to fears over the Russian invasion of neighbouring Ukraine.

But Poland’s London-based tourism director is keen to reassure travellers that the country remains “as safe as ever”.

“Tourists can experience it every day in our hotels, historic Manor Houses, idyllic farms, and picturesque vineyard lodges. We hope that the ongoing situation in Ukraine will not discourage Irish and British tourists from visiting Poland this year as there are so many great places just waiting to be discovered.”

Apart from Krakow, the country has plenty of medieval city gems, as well as lakes, unspoiled countryside and such unexpected delights as 22-mile long Hel Beach, near lovely Gdansk on the north coast, recently named as one of the most beautiful in Europe and offering picturesque rented bike rides to tourists.