Uncover the charm of Shakespeare's birthplace in Straford-on-Avon

IT WAS Hilary Mantel who took me to Stratford-on-Avon. Not literally of course — I didn’t get a lift with her or anything like that.

But I journeyed to the birthplace of Shakespeare — under my own steam — to see Wolf Hall, written by Mantel, and currently being performed at the Royal Shakespeare Theatre in Stratford.

The theatre itself is probably one of the most photographed drama centres in the world. Designed by Elizabeth Scott, the red-brick edifice only dates back to 1932, and is a study in functionality.

When it was first built, the reaction to Scott’s design was mixed. The Manchester Guardian said it “startling...monstrous and brutal.” George Bernard Shaw, however, was a firm supporter of Scott’s design, and praised its utilitarianism.

Today it’s a Grade II listed building, retaining many of the art deco features of the 1932 Shakespeare Memorial Theatre.

Whatever you think of the aesthetic qualities of the enormous building, the money shot is from the opposite bank of the Avon, with weeping willows and swans (naturally enough) in the foreground, and the Holy Trinity Church — Shakespeare’s last resting place — just a little downriver. 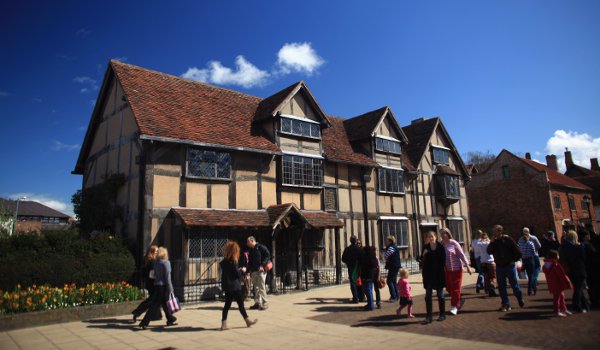 Wolf Hall, the story of Thomas Cromwell, was being staged in the Swan Theatre part of the complex. This is a wonderfully intimate venue — a “one-room” theatre, which allows the actors and the audience to share the same space, just as they did when Shakespeare’s plays were first produced.

The stage reaches out into the audience, seated on three sides of it.

My own seat was no more than a yard from the stage, and when Henry VIII began plotting against the strictures of the Pope, for a moment or two I actually imagined I was there in the chamber with king and courtesans. I almost felt like sidling up to the monarch and saying, look Henry, get a grip. This ain’t going to end well. Believe me.

Shakespeare, of course, is an ever-present spectre throughout Stratford. Protocol demands that you first of all take a stroll along the banks of the Avon to the Holy Trinity Church. Standing at a striking position on the river, this is where Shakespeare was baptised, and where he was buried on April 25, 1616.

The church still possesses the original Elizabethan register giving details of baptism and burial, though it’s now kept by the Shakespeare Birthplace Trust.

Shakespeare’s remains lie in the beautiful 15th century chancel, with his funerary monument fixed on a wall alongside his burial place. 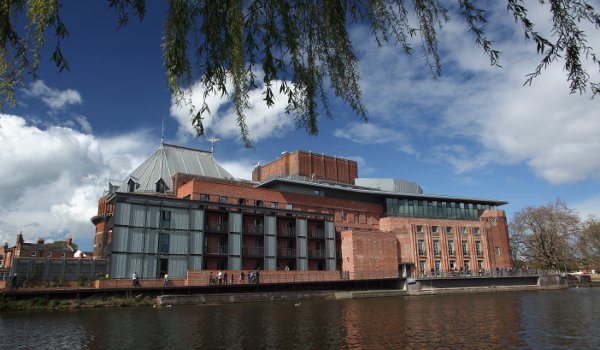 The half-timbered, restored 16th century house where Shakespeare was born stands nearby in Henley Street. Most of the house is open to the public, with documents, portraits, busts, books and correspondence all on show.

If you sign the visitors’ book, you’ll be following the example of Dickens, Byron, Tennyson, Thackeray, Hardy, Shaw and Keats — all of whom in the past paid their respects to Shakespeare, and added their names.

Of course there are always dissenters. Some believe Shakespeare was born in the nearby village of Snitterton — but somehow, the Swan of Snitterton doesn’t quite have the correct ring about it.

In any case, most authorities regard the playwright’s birthplace as Henley Street, Stratford CV37 6QW (although, surely some imaginative person in the Royal Mail could have made the postcode 2BOR NO2B, or the like?)

Anyway, the man who wrote some of the greatest plays and sonnets in the English language, and came up with expressions such as: “Parting is such sweet sorrow”, “the course of true love never did run smooth,” and “a horse, a horse, my kingdom for a horse” took his first breath here in the heart of old Stratford. 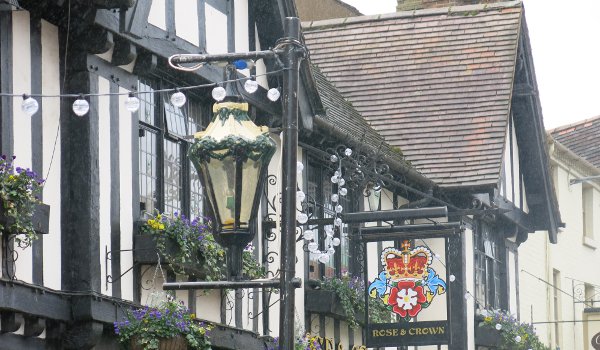 A pub in Stratford-on-Avon

He is rightly regarded as one of the world’s foremost dramatists — a truly great figure in world literature. As he himself put it: “Some are born great, some achieve greatness, and some have greatness thrust upon them.”

There are five houses associated with Shakespeare including Nash’s House and New Place at 22 Chapel Street. Shakespeare spent his final 19 years here.

In this old, atmospheric house with its dark, oaken beams and creaking staircase, you’ll also learn that the bard was a tax dodger. Apparently he was listed for it twice in London. That was maybe when he wrote: “When sorrows come, they come not as single spies but in battalions.”

The Great Garden outside New Place is a tranquil haven where you can contemplate several Greg Wyatt sculptures inspired by Shakespeare’s words. The mulberry tree by the lawn is said to have been grown from a cutting planted by the Bard himself.

Even aside from its connection with Shakespeare, Stratford is a town where you immediately want to check out the property prices in an estate agent’s shop window (unless you’ve won the lottery, don’t bother).

Its natural scenic beauty, its river and ancient bridges, the willow trees and swans, and the old, rickety half-timbered pubs, houses and shops, make it an entrancing place, with property prices to match.

Naturally, it is a magnet for tourists. But go midweek — if you can — and sometime in the next two to three months and you’ll find you can wander down the river banks, or stroll through the old streets relatively untroubled by coach parties or mobs of camera-wielding visitors. 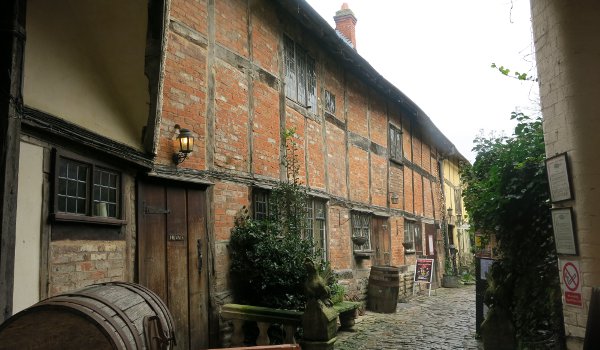 One of the many streets to wander through during your visit

Oh, and what of the play?

Was it good enough to grace the RSC theatre? Most certainly. And I’m not just saying that because Hilary is one of ours (both of her parents are of Irish descent).

Wolf Hall is a drama focusing on the period when Henry VIII, king for almost 20 years, is desperate for a male heir. Intent on divorce he demands that Cardinal Wolsey persuade the Pope to grant him an annulment — which Pope Clement, for various reasons, is not keen to do.

Into this stalemate enters the commoner Thomas Cromwell. A one-time mercenary, master-politician and lawyer, he sees what he can do. And the rest, as they say, truly is history, with implications for Britain, Ireland and the rest of Europe.

The production, and its sequel Bring Up The Bodies, run at the RSC until March 29. Oh, and by the way, the RSC runs backstage tours and the opportunity to view Stratford from the new observation tower.

THE BARD, THE BED AND THE BREAKFAST — WHERE TO STAY IN STRATFORD

“To bed, to bed,” as Lady Macbeth put it. The Arden really is the place to stay in town if you’re going to the RSC.

Even Hilary Mantel lodges here when in town. The luxury hotel is directly opposite the RSC; they do a special early dinner at 5pm so you can catch a show at 7pm, and keep your dessert for you on your return. Double rooms from £129.

A Grade I-listed Victorian Neo-Gothic mansion near Stratford-upon-Avon is reputedly haunted. Sadly, although I had my camera ready at all times, no spectral beings appeared during my one night’s stay.

I even invoked a few lines from A Midsummer Night’s Dream: “At whose approach, ghosts, wandering here and there, Troop home to churchyards: damned spirits all.”

But to no avail. Still, the swimming pool, sauna and spa bath more than made up for it. The restaurant serves top notch nosh. As Shakespeare himself said (in a slightly different context), “A dish fit for the gods.”

The Townhouse is a small, town centre boutique hotel with an all-day bar and brasserie and 12 luxury en-suite bedrooms located in the heart of Stratford upon Avon.

Housed in a 400-year-old Grade II Listed building and located directly opposite Shakespeare’s school, a stay here will give you a quick study in architecture as it’s made up of two distinct architectural styles — the rear rooms on all three floors date back to 1600 and have lower ceilings and plenty of beams.

There is a 18th century bread oven in the Library Bar and bedroom three is particularly heavily beamed.

The rooms on the three floors to the front of the building are a more recent addition — built in 1768 with the telltale high ceilings and sash windows of that period. It’s atmospheric, cosy, comfortable — and only a couple of minutes from the RSC.

Housed in half-timbered 16th century building in the heart of Stratford, the Falcon is particularly renowned for it sumptuous breakfasts. Doubles (room only) from £59.