WHEN THE Carey Group started in 1969, founders, John, Tom and Pat Carey, kept things very simple – they focused on winning good work and then did everything they could to satisfy the client and ensure that they would want them to do the next job.

From the very beginning, and throughout the last five decades, the Group has focused on building a construction company which puts family values at its core. The company is committed to always fulfilling its promises and working collaboratively with clients to ensure that they meet their aspirations. Careys is dedicated to delivering high-quality work within safe, inspiring environments.

Over the past 50 years, the company has grown beyond anything that the founders could have ever imagined when they first started out. Yet the Group has retained its core values – it continues to deliver projects ‘The Carey Way’ – safely, innovatively and to the highest of standards.

That the Group still works for some of the same clients as they did back in the 1970s, shows that its high-quality services and commitment to excellence have never wavered over the years.

The Group has expanded exponentially since its earliest days, when it operated across London as a specialist groundworks contractor. 50 years later, Careys is a £500m+ construction group, which provides a wide range of specialist design and construction services across multiple sectors throughout the UK and Ireland. These currently include – asbestos removal, demolition, civil engineering, dry lining, house building and resource recovery.

The following selection of signature projects, which Carey Group companies delivered over the past 18 months, demonstrates the way that they work, the types of construction challenges they regularly face and the solutions they engineer for their clients.

It is easy to see why the Carey Group has been so successful and is still going strong as it celebrates its 50th anniversary…. 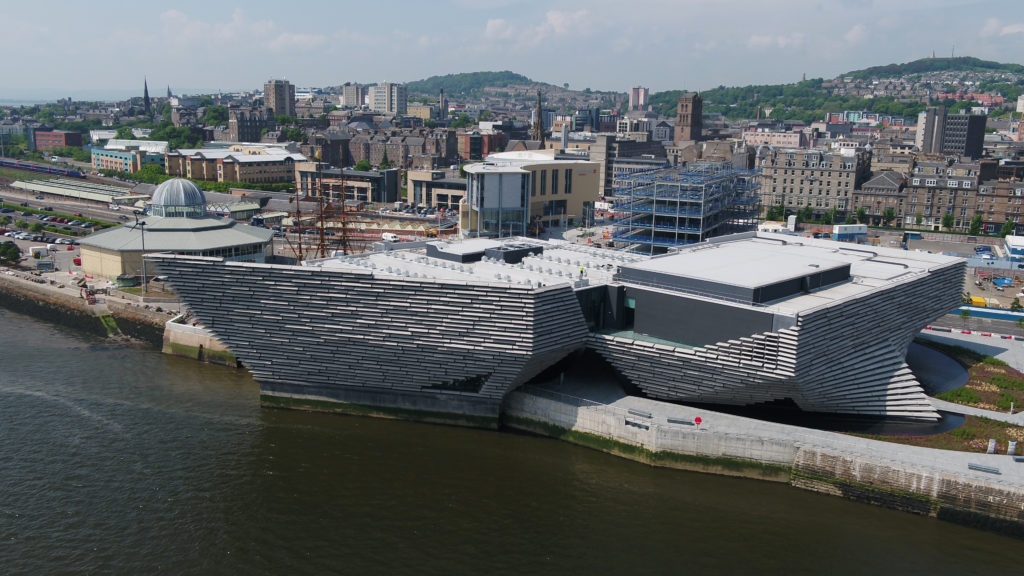 The V&A Museum of Design, located on the River Tay in Dundee, Scotland, forms the key element of a £1-billion waterfront regeneration project, commissioned by the Dundee City Council.

This is, without a doubt, one of the most prominent and challenging projects that the Carey Group has undertaken to date. Appointed by principal contractor BAM, Careys Civil Engineering was responsible for all sub and superstructure works for the museum, as well as the installation of the site’s infrastructure, including underground services, drainage and hard landscaping. 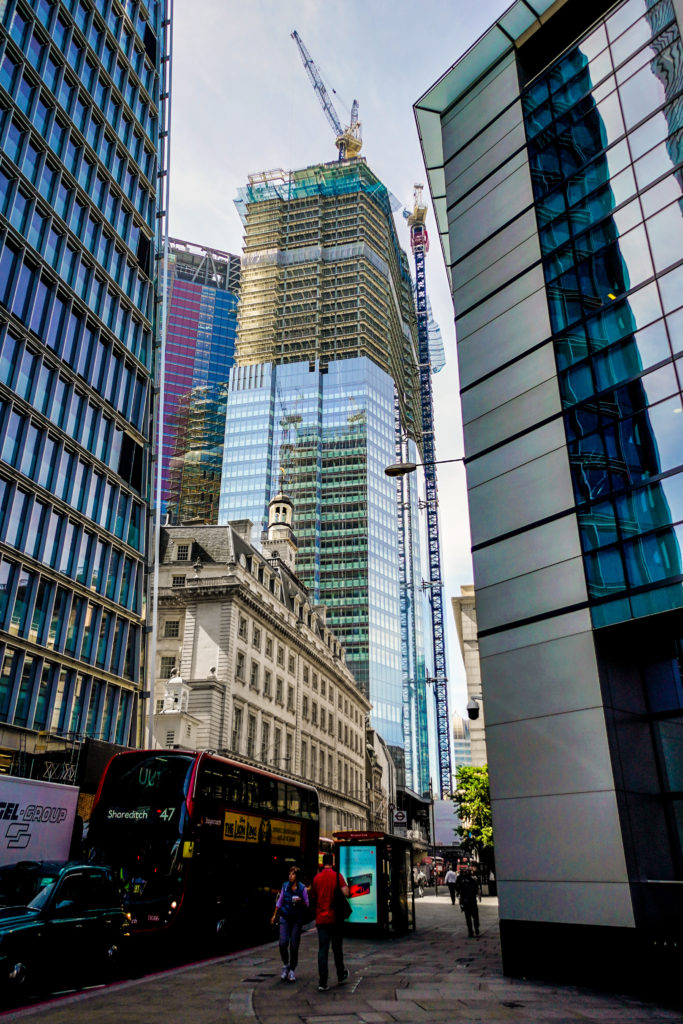 Careys Civil Engineering is currently undertaking works at the monumental City of London development, 22 Bishopsgate, for client and principal contractor, Brookfield Multiplex. Once completed, 22 Bishopsgate will be a mixed-use development in the heart of London’s financial district.

Careys Civil Engineering has employed a self-erecting jump form system – the first of its kind to be used in the UK – to construct the two concrete cores that will eventually form London’s second-tallest building. Fellow Carey Group company, Careys Design Team, worked with Careys Civil Engineering – at pre-contract stage – to develop an innovative strategy that would enable the core structures of 22 Bishopsgate to be built at the same time that demolition works and basement construction were taking place.

This project represents a milestone achievement for Careys Civil Engineering – which will have poured 58,000m3 of concrete by the time the project is finished.

Scudder Demolition is principal contractor for the project to demolish and remediate the former Ford Dagenham Stamping and Tooling Operations plant, on behalf of client, Dagenham Dock Ltd (St Congar).

Due to the proximity of the River Thames, it has been necessary to raise the site 1.3m above the initial levels, using 500,000m2 of engineered fill and approximately 100,000m3 of clay to infill the deep basements.

Sister company, Seneca Resource Recovery, has coordinated the recovery of approximately 50,000 tons of ferrous reclamation and 312,000 tons of concrete, which will be recycled to achieve a 98% recycle rate of recovered materials. 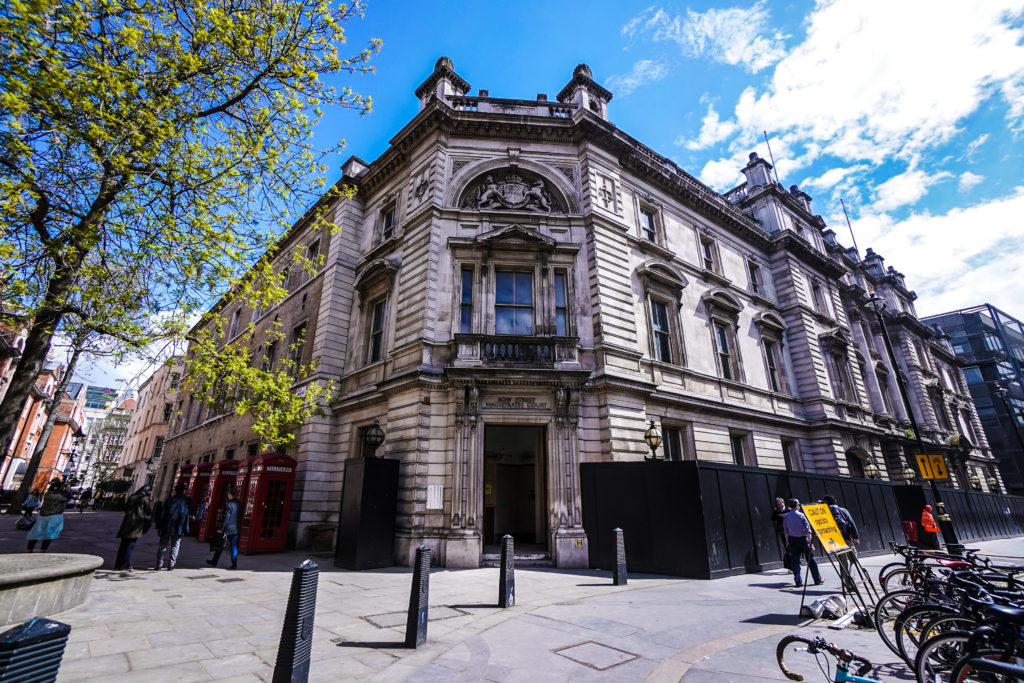 Careys’ works include a soft strip of the building, the formation of new structural openings, the installation of new steelwork and the partial demolition of various structural and non-structural elements. ION has been tasked with carrying out asbestos removal work from all areas of the site, including the former courtrooms, loft spaces, basement store, redundant basement plant rooms and roof. 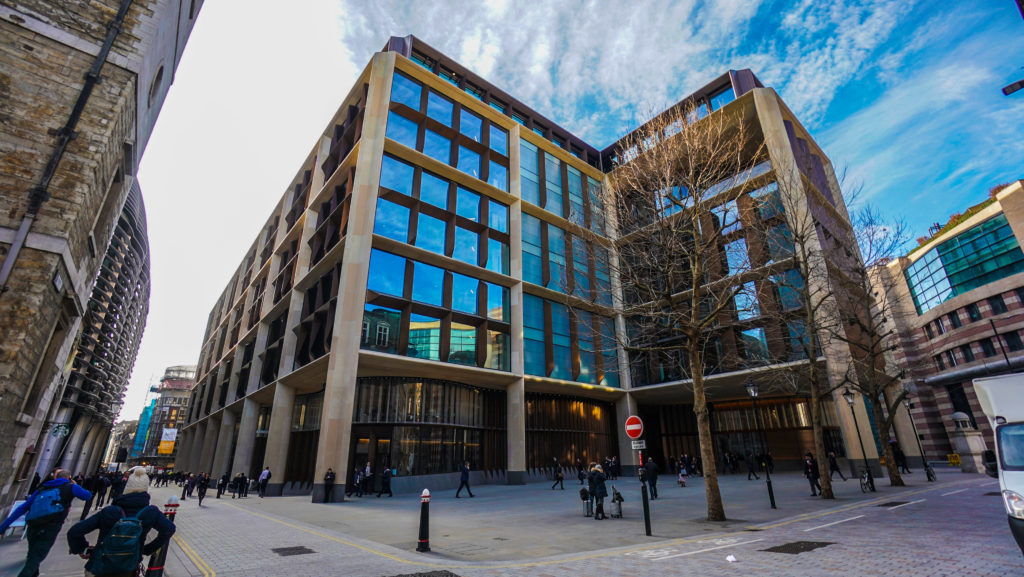 Carey Group company, BDL Dry Lining, was awarded the contract by Sir Robert McAlpine, on behalf of Stanhope, to provide dry lining for the landmark Bloomberg building in the heart of the City of London.

Designed by Foster and Partners, the building won RIBA’s Sterling Prize in October 2018. As part of this 98-week project, BDL delivered dry lining works on offices of shell and core construction, throughout both of the nine-floor buildings, also completing rendering works to the basement and ramp areas.

'GOODBYE THEN, BRITAIN'...A farewell note from the EU