TAOISEACH MICHEÁL Martin was quick to label Joe Biden “a true friend of Ireland” following his inauguration on Wednesday.

But underneath all the brouhaha and ancestral bonhomie, it remains far from certain whether a Biden administration will benefit Ireland.

At some point in the mid-19th century, President Biden’s Irish relatives upped sticks and made the voyage across the Atlantic Ocean in search of a better life in the land of liberty and opportunity, the United States of America.

Today, many multinational corporations, including Google, Facebook, and Apple, have made the same journey in reverse, opting set up shop on the friendly – both in terms of tax and people – shores of Ireland.

It is these corporations that together employ over 160,000 workers and contribute approximately €20 billion – and 10% of total state income – to the Irish economy each year.

Living up to its “America First” slogan, the Trump administration sought to repatriate some of these firms by introducing a 10.5 per cent charge on global intangible low-taxed income, otherwise aptly known as the Gilti tax.

The new tax on offshore profits was designed to disincentivise American companies from relocating their operations abroad, and therefore gave Irish officials, many of whom reportedly work "hand in glove" with such companies, plenty of cause for concern back in 2017.

A Biden administration is likely to continue these economic policies, which have been, despite the many controversies surrounding President Trump's tenure in office, hugely successful in the eyes of the electorate. 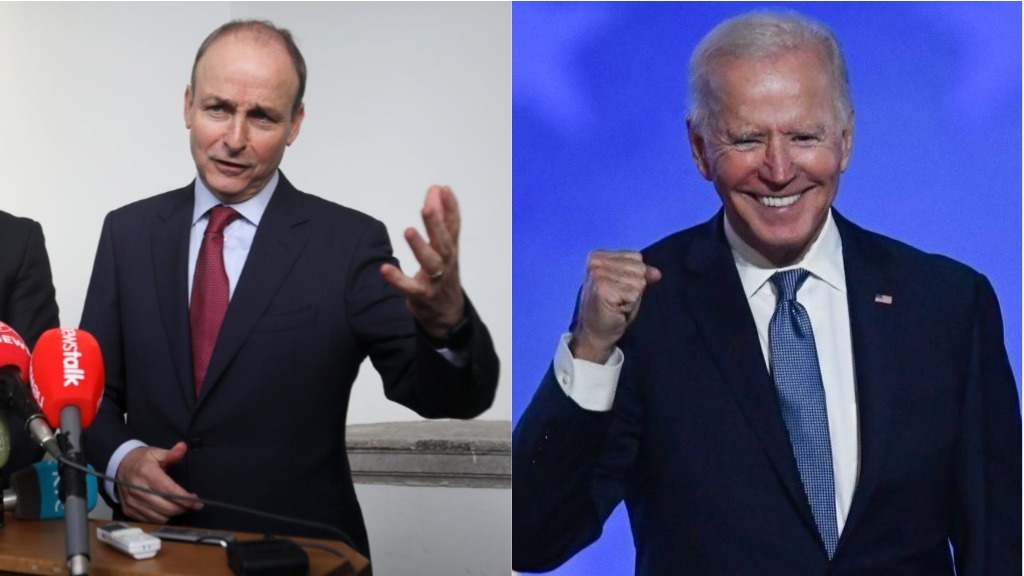 Micheál Martin was quick to label Joe Biden a "true friend of Ireland"-- but how long will the honeymoon period last? (Getty)

The issue of tackling the global avoidance of corporation tax by large multinationals is moreover one of the few areas of bipartisan agreement in Washington.

Both Democrats and Republicans alike have little interest in helping Amazon and Facebook avoid paying their fair share in taxes, especially if the US taxman is being left shy as a result.

When asked about what reassurances a Biden administration could offer businesses, the director of the Office of Public Engagement, Cedric Richmond, said the following in an interview with the Wall Street Journal:

"I’m not necessarily sure that I’m here to reassure them, but part of what I can do is just be as candid and frank as I can.

"If you’re asking me, do I think Joe Biden’s plan is to raise the corporate tax rates, the answer is yes, because I believe that’s what he said on the campaign trail.”

Biden may well be a friend of Ireland, but if it comes between appeasing the blue collar worker in Pennsylvania, the state where his "heart" resides and leaving Ireland, the country harbouring his "soul", out of pocket, then it will be no contest.