A CAMPAIGN by students at Trinity College Dublin to remove George Berkeley’s name from one of the university’s libraries because of the 18th-century philosopher’s colonial past has garnered over 300 signatures.

His father was English, the family was Protestant, but Berkeley never considered himself anything other than Irish.

George Berkeley had links with he Americas, including Bermuda, and lived in Rhode Island for several years.

In the 1730s is known to have bought and sold four slaves.

It also seems certain he held racist beliefs, and particularly espoused the idea of the supremacy of the white man — not an unusual stance for academics at the time.

He planned to establish a college in Bermuda to train the sons of colonists and Native Americans whom he wished to convert to “religion, morality, and civil life”.

In May 1724 Berkeley became Anglican Dean of Derry, eventually rising to the position of Bishop of Cloyne, in the the northern and eastern parts of Co. Cork. 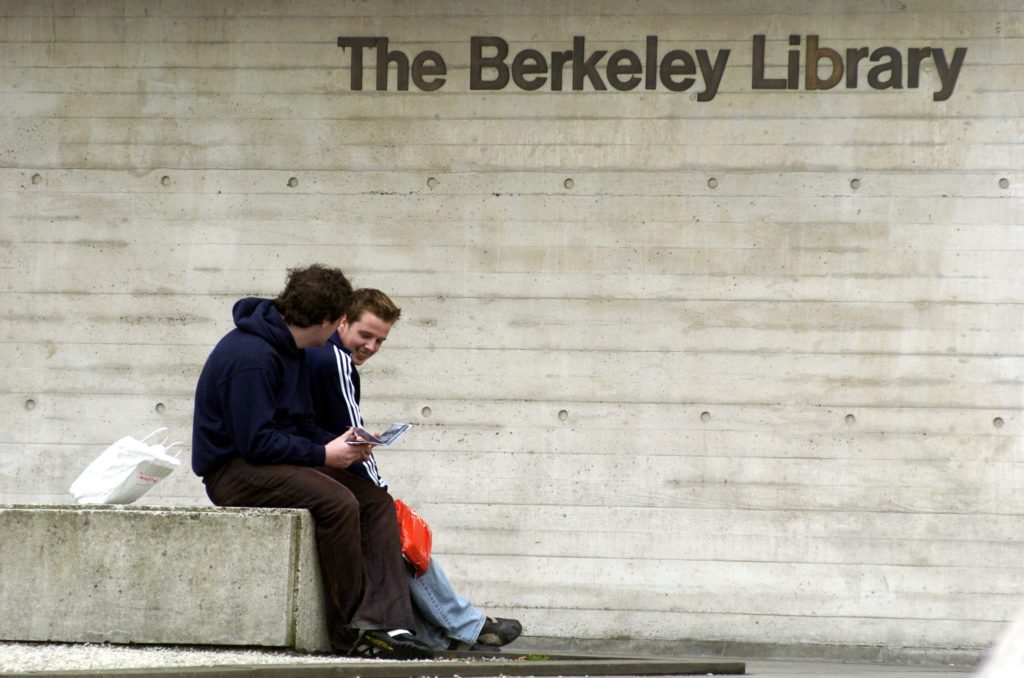 A campaign is underway to have the Berkeley Library's name changed at Trinity College, Dublin

On first becoming a leading prelate in Ireland, he promptly spent most of the next four years in London.

He was an ardent philosopher — now, this wasn't the popular form of philosophy that Facebook is riddled with, like “If it’s you against the world, back the world.” Berkeley’s take on the existence of things was difficult stuff, a bit on the edgy side in this most slippery of subjects. He is best known for his theory of immaterialism, which holds that physical objects do not exist independently of the mind and that our perceptions are the only things that truly exist. Or to put it another way, abstract ideas are the source of all philosophical perplexity and illusion.

Berkeley is sometimes thought of as an influential scientist, which to an extent is true. His 1721 treatise De Motu (On Motion) is said to have anticipated Einstein, and certainly it does have some similarities to the theories of relativity.

But it seems very unlikely that Einstein, a man who adhered strictly to the rigours of science and applied mathematics, would have had much time for Berkely’s POVs, such as: “By observing how ideas become general we may the better judge how words are made so. And here it is to be noted that I do not deny absolutely there are general ideas, but only that there are any abstract general ideas,” (from A Treatise Concerning the Principles of Human Knowledge).

Berkeley's theory emphasises the role of the observer in determining motion and argues that motion is not an intrinsic property of an object but is instead a relative concept that depends on the observer's perspective.

Berkeley's ideas were influential in the development of empiricism, basing data solely on what can be felt or observed, rather than through reason alone.

George Berkeley is known for his strong religious beliefs and his view that God is always present and actively sustaining the world.

In A Treatise Concerning the Principles of Human Knowledge, Berkeley argues that the existence of the external world is dependent on the mind of God and that the material world is nothing more than a collection of ideas in the mind of God. He also believed that God is constantly observing and maintaining the world and that our senses provide us with a direct perception of God's ideas.

The elephant in the room

As a small footnote, Berkeley may have helped popularise the expression ‘the elephant in the room’.

Marcel Berlins, variously legal correspondent for The Guardian, The Times and BBC Radio 4, believes the expression is based on an old Irish saying — although exactly how Irish people centuries ago would have been aware of elephants is not made clear by Berlins. But certainly the Kilkenny philosopher George Berkeley used the phrase "an invisible elephant in the room" in his debates with scientists, so he may have picked it up locally.

To be clear — very few dictionaries on English phraseology credit Marcel Berlins’ theory with much credence; in fact, not many even mention it.

What is certain is that the US town of Berkeley in California is named after him. It is a large student town with an extensive campus of the University of California. So far there have been no rumblings about a name change.