A RECEPTION held at the Irish Embassy in London marked the 25th anniversary of the foundation of the Immigrant Counselling and Psychotherapy (icap) charity.

Icap, which was founded by Donegal woman Teresa Kennedy in London in 1996, is the only specialist counselling service supporting people from the Irish community in Britain. 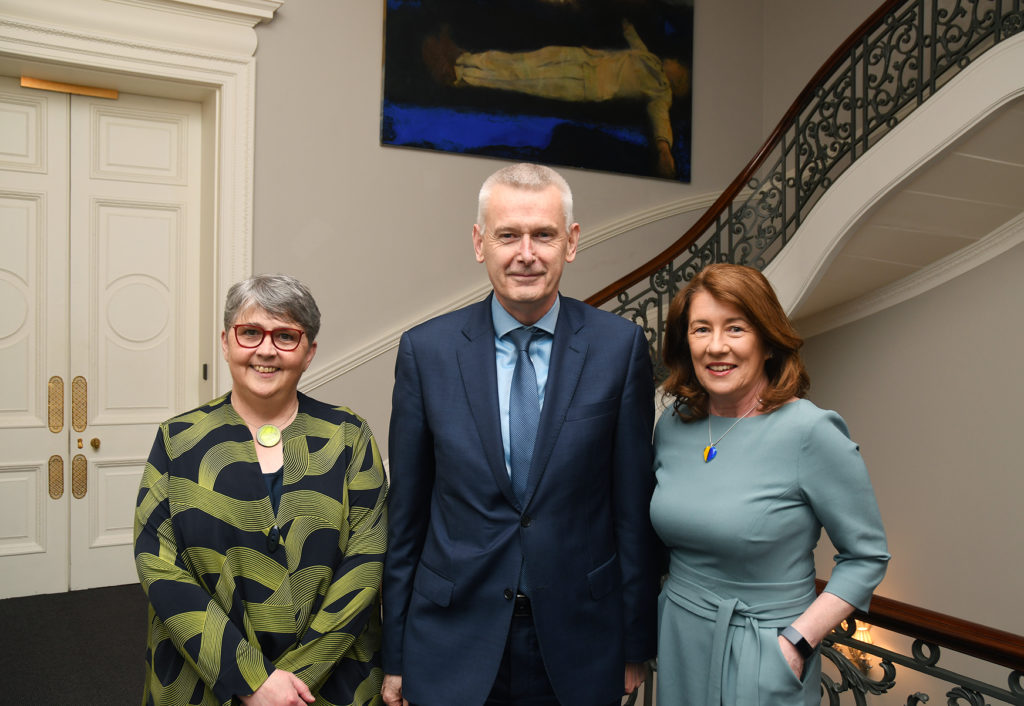 The organisation has over 200 therapists and provides culturally sensitive services from its clinical centres in Finsbury Park, London and Digbeth, Birmingham.

It was celebrated in London this month – where Irish Ambassador to Britain, Adrian O’Neill welcomed its staff and supporters to a special Embassy event.

Honouring icap’s 25-year milestone, he said: “We can all be immensely proud of what has been achieved over that time and what icap continues to do today to help members of our community who are in need of counselling and support.”

He explained: “Icap provides counselling and psychotherapy services primarily for the Irish community in Britain. 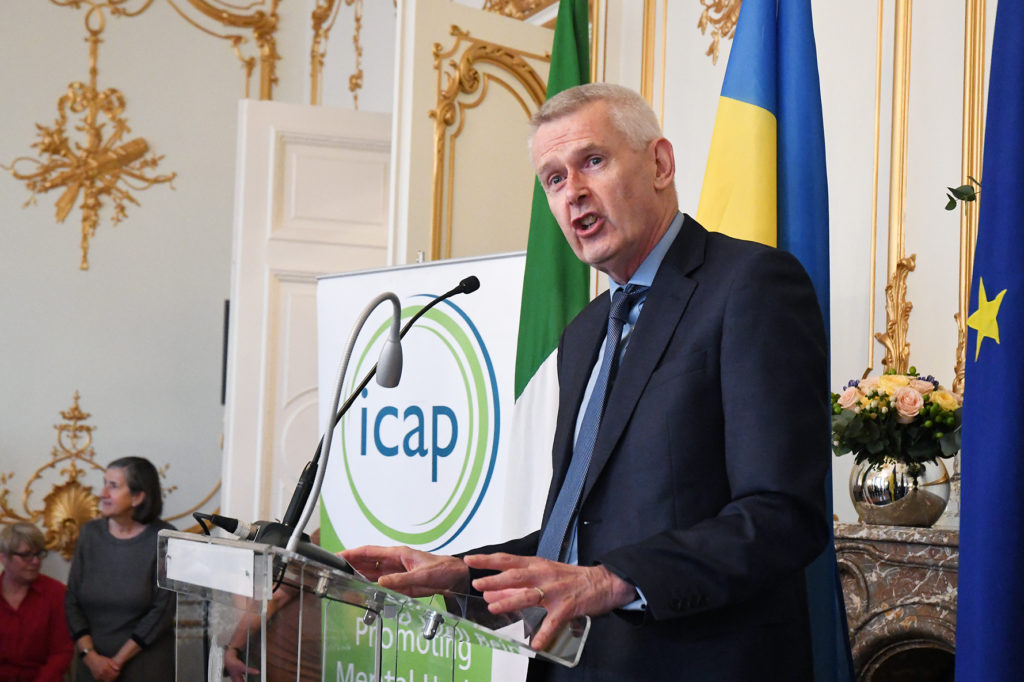 “It plays a vital role in helping those who have difficult accessing such services, including those of low incomes and facing other disadvantages.

“Many clients will have significant needs, such as suffering childhood trauma or surviving institutional abuse, which often makes it more difficult for them to have the self-confidence to seek support and to navigate the statutory services that might be available, hence the importance of culturally sensitive support from icap that is attuned to the circumstances and needs of the individual person.”

Mr O’Neill reminded those in the room at the Grosvenor Place venue, that everyone is vulnerable to “mental ill-health”.

“It’s only in recent years that we have all started to recognise the importance of mental health and come to understand that all of us are vulnerable to mental ill-health,” he said. 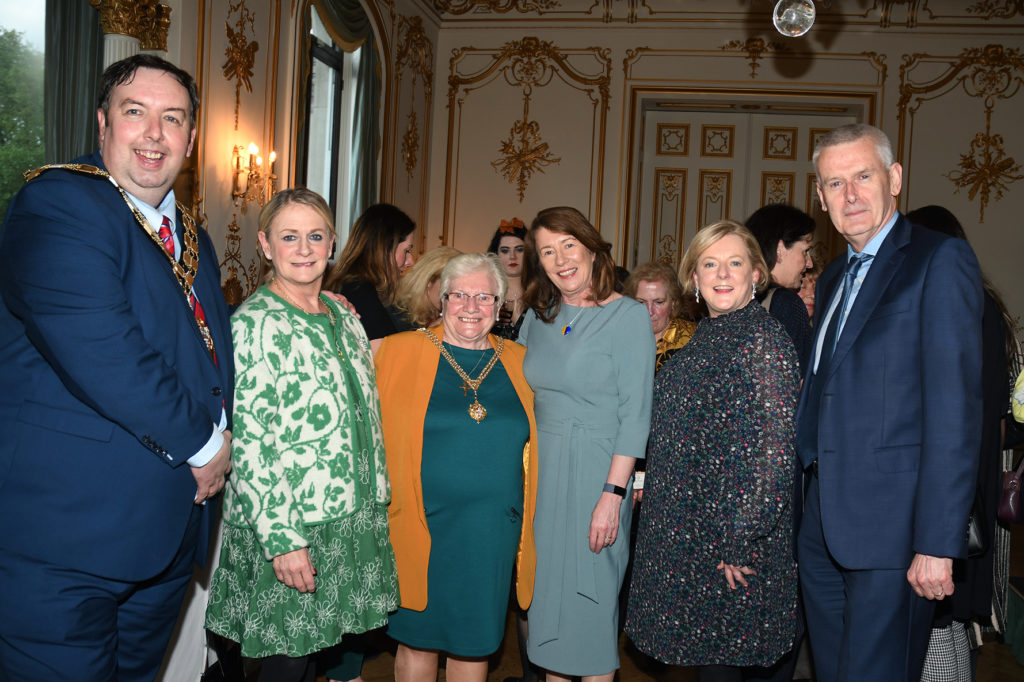 “Our individual and shared experiences of the past two years in particular have heightened awareness of the need for and importance of mental health and wellbeing.”

Icap founder Teresa Gallagher, a former teacher, was in attendance at the event.

She told the audience that she eventually found her way into the world of counselling and psychotherapy after she saw the need among the Irish community living in Britain. 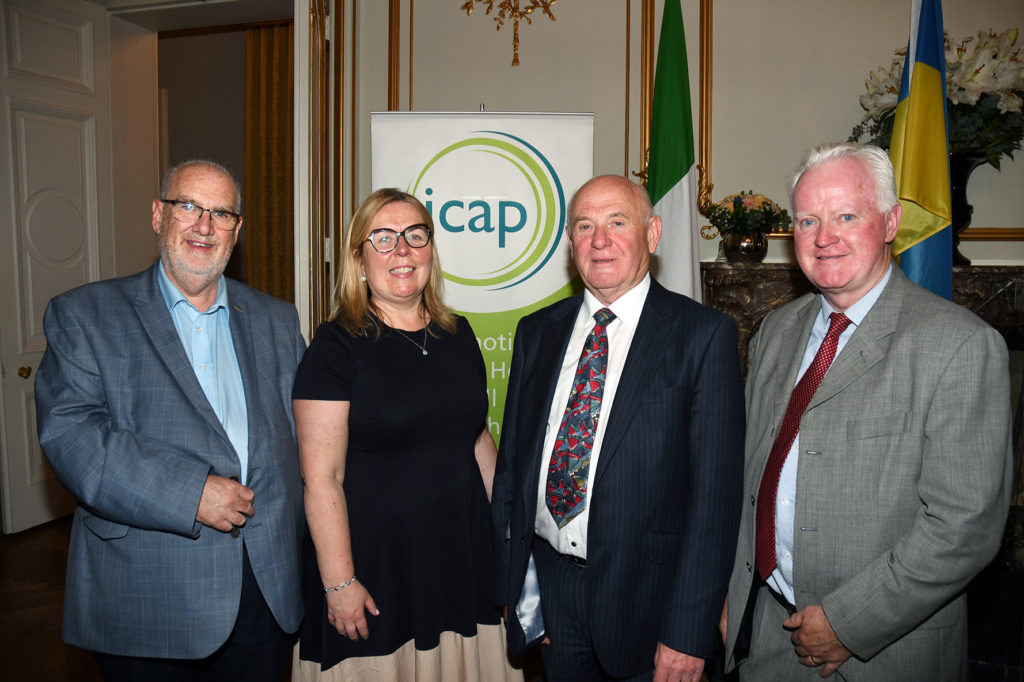 She recognised that a mental health and therapy service needed to exist which was accessible, independent, non-sectarian and non-denominational.

Ms Gallagher, who hails from Letterkenny, explained: “One of the images that moved me very strongly to work with the Irish people was that image of the emotional starvation that I witnessed in my private practice.

“I gradually engaged with other Irish therapists and set up a support group, and through that, unbeknownst to myself, I was beginning to create an organisation and would never go back to teaching again.

“When you see something, you can’t not see it.” 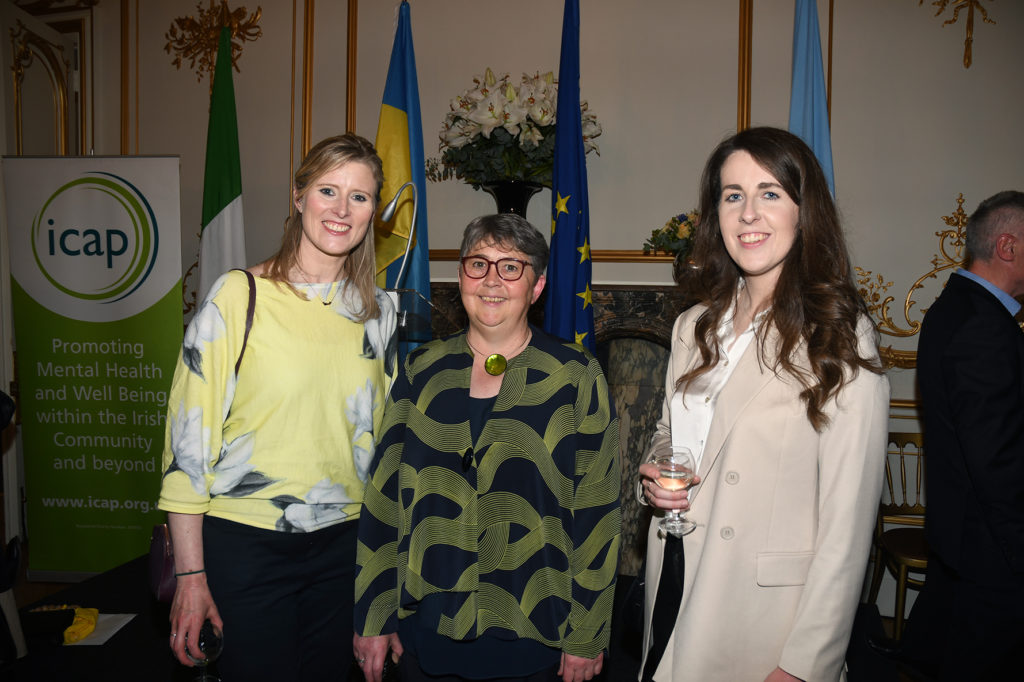 She added: “I decided we needed to look at these deeper pains and hurt that were inherent in the Irish people - where it came from, what was causing it and how we could help people deal with it so they could get on with their lives.”

With the organisation still flourishing more than 25 years later – led by CEO Catherine Hennessy and Clinical Director Geraldine Ryan – Ms Gallagher claimed the needs of the individuals it serves remained at its core.

“If you get one night’s good sleep and peace of mind, your therapy has been well well worth it,” she said.