First broadcast in 1942, the format has remained constant throughout: guests choose the eight tracks they’d want to take with them if marooned on the mythical desert island.

They also choose a book and a luxury item to accompany them on their exile.

Over the eight decades there have been several Irish guests, including Edna O’Brien, Graham Norton, Maeve Binchy, Maggie O’Farrell and JP Donleavy to name only a very few. The very first Irish person to appear was singer Delia Murphy in 1952.

The first Irishman, in 1953, was actor Richard Todd — who revealed that his father was an Irish international rugby player.

Danny Blanchflower was the first footballer of any nationality to appear on the show. 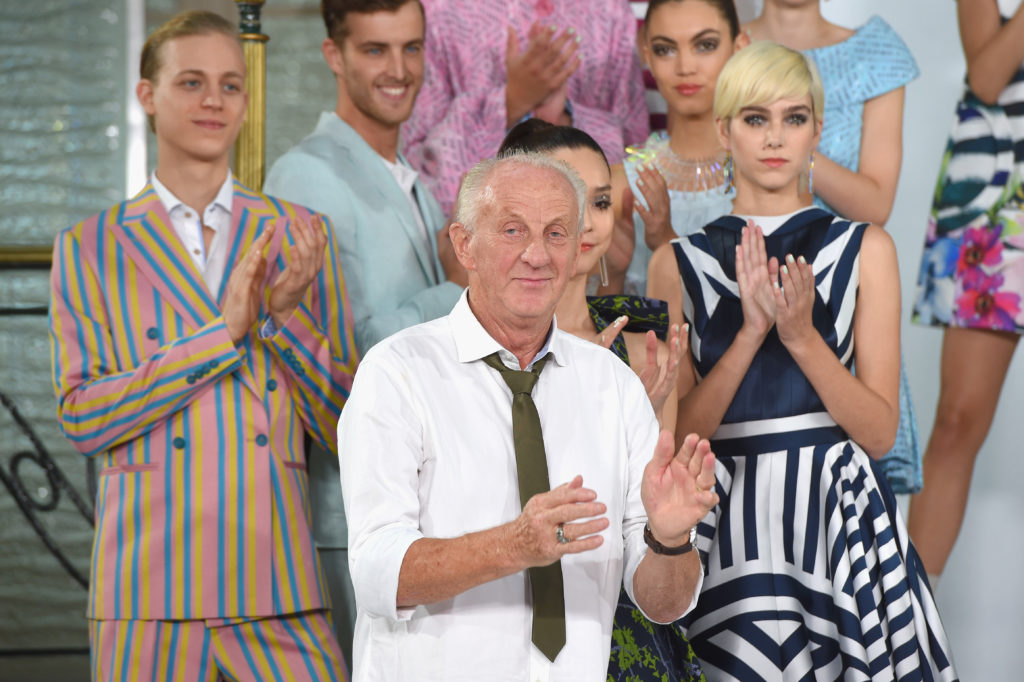 One very famous, Irish, four-legged personality has also had an honourable mention on the show. Comedian Lee Mack (real name Lee McKillop, of Irish descent) revealed that as a teenager he’d worked in Southport as a stable boy for trainer Ginger McCain.

After three days he asked if he could maybe ride one of the horses. The trainer said OK, go and pick one. He unwittingly opted for Red Rum (born in Kilkenny) to make his inaugural ride on.

Early days on the discs

From Clairemorris in Co. Mayo, Delia Murphy Kiernan was a renowned ballad singer and song collector, learning many tunes from local Travellers. Her discs included My Lagan Love, Hannigan’s Hooley and Mrs Mulligan in Court.

Delia Murphy was followed by the actress Peggy Cummins, born in Wales; her Irish parents were visiting Britain when a storm kept them from returning home to Dublin. Actor

The poet Elizabeth Bowen featured on the show in 1957.

She was born in Dublin and brought up in Cork before her family moved to England. A short story writer notable for her books about the "big house" of the Irish landed gentry, she is also noted for her fiction about life in wartime London.

Eamonn Andrews appeared on the show in 1958. The highest profile Irish person to appear so far, he chose no Irish records.

But then Andrews was aware of the precarious position for the Irish community in 1950s Britain. Irish people were routinely discriminated against, the butt of offensive jokes everywhere from the pages of newspapers and magazines to the local pub. 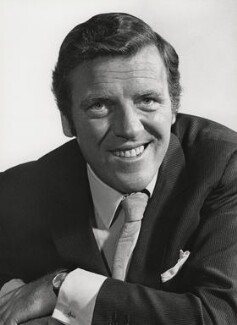 Andrews confined his choice to light classics and jazz standards. Perhaps wisely enough, no Irish songs recorded in his Henry Street studios back home in Dublin were featured.

The Wolfe Tones recorded many of their albums there, including Up The Rebels.

His choice over the two programmes only yielded one Irish song — Carrickfergus performed by The Chieftains. The rest of his choice was fairly eclectic – from Nat King Cole to Pucinni.

Last year, in 2021, the vet Professor Noel Fitzpatrick, born in Ballyfin, featured on the programme. His practice in Surrey led him to presenting the Supervet series.

He chose two songs by Irish performers: One by U2 and Do Anything You Want To by Thin Lizzy.

Paul Costelloe, the fashion designer from Dublin, began designing outfits for Diana, Princess of Wales in 1983 – a partnership that continued until her death in 1997.

His creations included the outfit she wore to the Pavarotti in the Park concert at Hyde Park in 1991 where the Italian tenor serenaded her in front of 125,000 people. 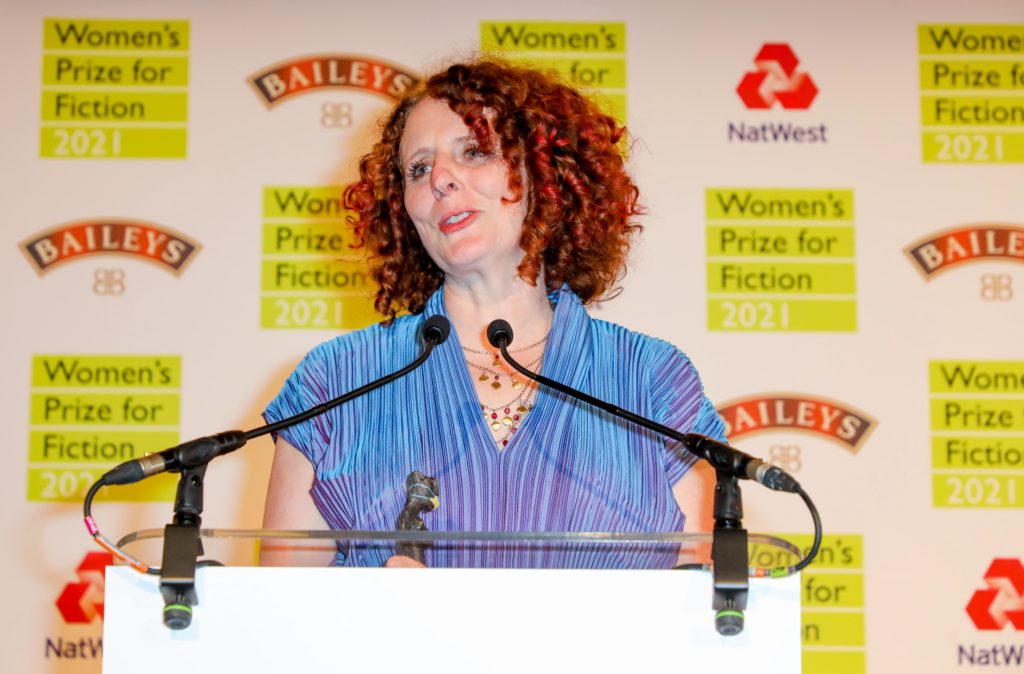 Writer Maggie O’Farrell, who was born in Coleraine and brought up in Wales, then Scotland chose Sit Down By The Fire by The Pogues.

Her choice of a luxury item was The National Museum of Ireland.

Fellow Northern Ireland woman Gloria Hunniford decided to take two Irish songs with her on her sojourn on the isle: Danny Boy, performed by James Galway, and Have I Told You Lately by Van Morrison.

The singer, the poet, the writer and Jack

Christy Moore’s choice was dominated by Irish tracks, including one written by himself especially for the show.

Christy also earned himself the distinction of being one of the few guests whose appearance was preceded with a warning that it contained language “that some listeners might find offensive”.

No offensive language from Seamus Heaney, but he also opted for a high proportion of Irish discs.

His first song was from the sean nós tradition: Joe Heaney (the man who taught the Dubliners Seven Drunken Nights) singing An Buinnean Bui, or the Yellow Bittern, one of the few Irish language songs ever requested.

Edna O’Brien’s choice, in 1987 included one Irish song The Johnstons singing the Lambs in the Green Fields. She chose as her luxury item Cristal champagne. 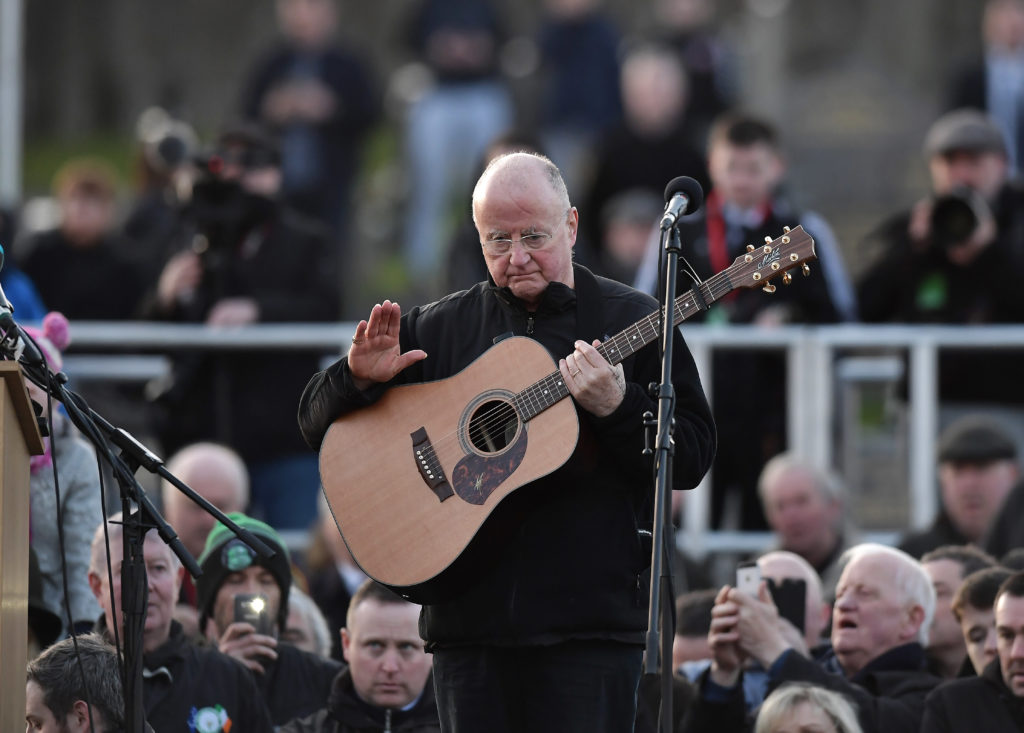 The most popular Irish song by quite a long way has been Danny Boy.

Guests who chose this song, whose haunting melody originated in Co. Derry, include: 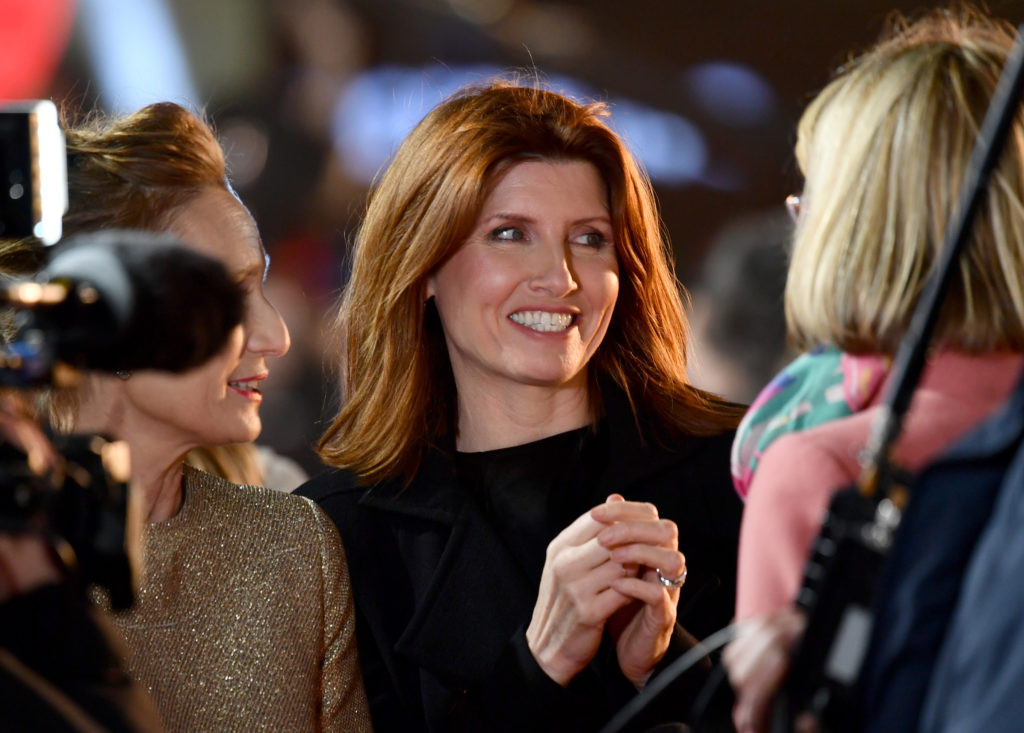 Christina Noble — the picture of an Irish cottage

Kathy Burke —a laminated life-size picture of James Caan, from Dragons’ Den. Burke wanted this to “body-surf on him”.

Boy George (George O’Dowd) — a radio. This was also the Rev Ian Paisley’s choice, and possibly the only thing in the world these two might agree on.  One wonders if, by some happenstance of fate, if they’d both been marooned on the same desert island, just the two of them, would they have listened to the same radio?

Bob Geldof — New York’s Metropolitan Museum of Art. Presenter Sue Lawley disallowed this, so he opted for a packet of condoms instead. It was difficult to work out why he’d need these on a desert, particularly as a substitute for the Met. Perhaps wisely, Sue Lawley didn’t press the point.