A TEN-YEAR-OLD boy from Luton impressed the judges to secure a top spot at the recent World Irish Dance Championships held in Killarney, Co. Kerry.

Cillian, who hails from Luton, won fifth place in the Boys Under 11 competition at the An Chomhdháil World Irish Dance Championships 2021.

Cillian, 10, pictured with his proud parents and grandparents

It was a well-earned victory for the youngster, who has been dancing for five years with the The Tiersha Academy at St Joseph’s Parish Hall in Luton.

Cillian attends two to three classes a week, each for up to three hours in duration.

But in the lead up to the World Championships, which took place at the prestigious INEC Gleneagle Arena, in Killarney, Co. Kerry from November 1-6, he upped his training to four classes per week - plus additional practising at home, including lots of strength, stretching and flexibility exercises. 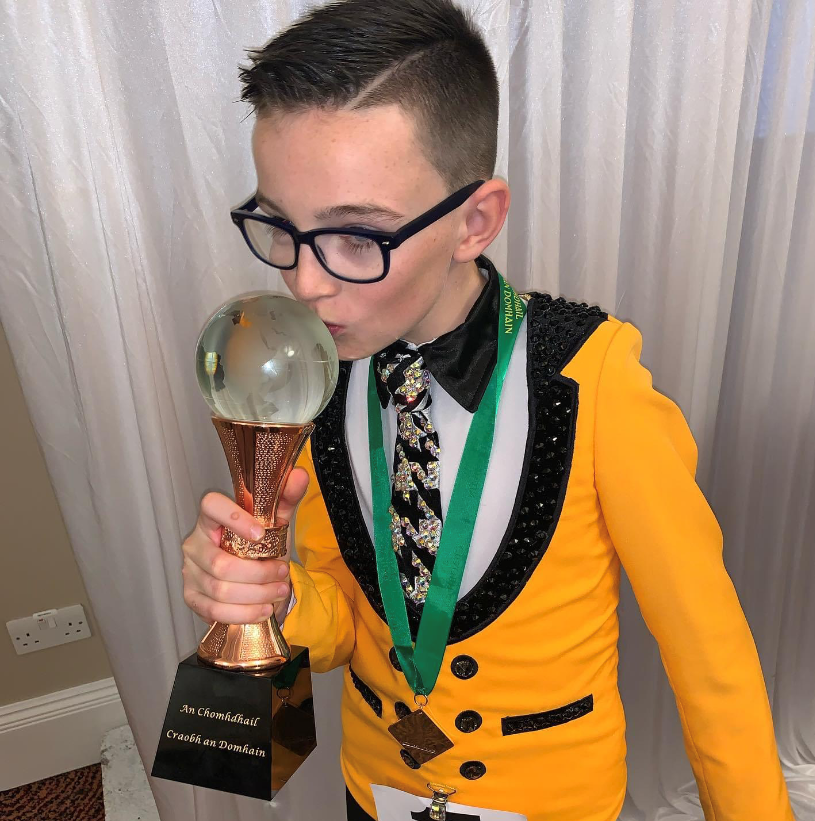 Cillian was 'overjoyed' to place 5th in the World Championships

“I am overjoyed to win fifth in the world,” he told The Irish Post on his return from Ireland.

“My mum and dad are so, so proud of me and delighted that all my hard work has paid off,” he added.

“All my grandparents came to the competition which was extra special.

“They said lots of Novenas and prayers the night before and they were all crying when I got my results.”

Cillian’s family hail from Belmullet in Co. Mayo and have connections with Derry through his mum Jacqueline’s dad and Tyrone through his dad Kieron’s father. 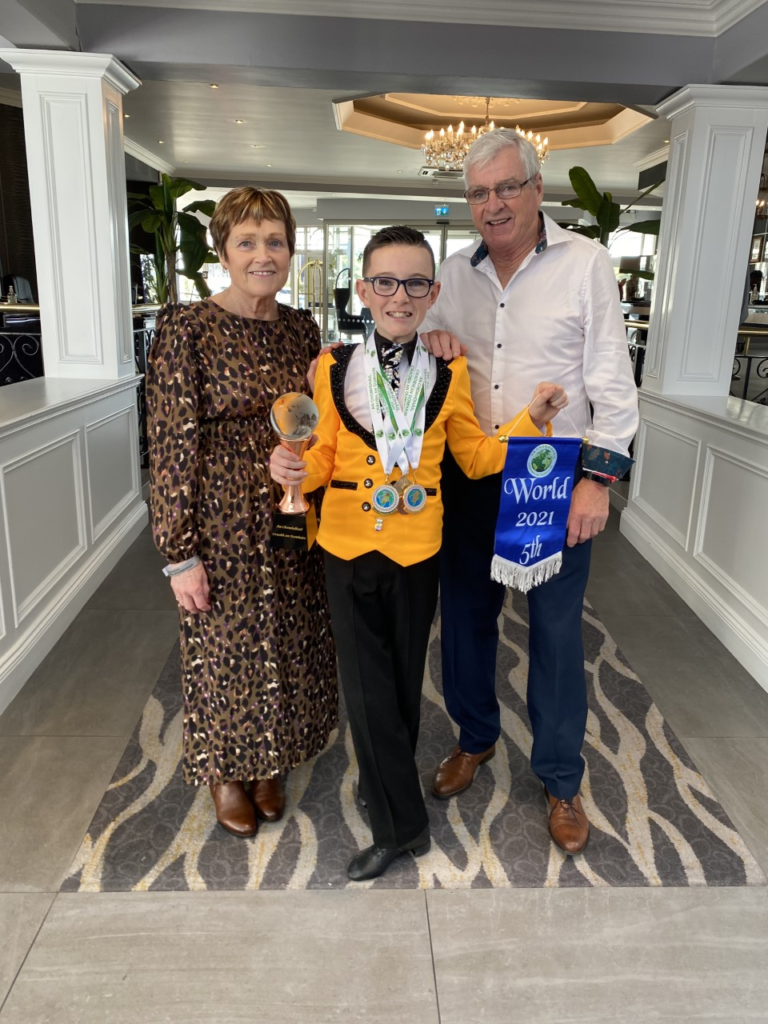 Cillian with his grandparents, who were in Killarney to watch him compete

His younger brother and sister are also talented dancers who are practising hard to become champions of the future.

When he’s not dancing, Cillian finds time to play football, Gaelic and golf.

But with the next World Championships taking place in April 2022 and a Feis to compete in within a month, it won’t be long before he gets back into training for his next competition.