Members of the Traveller community often refer to themselves as ‘Pavee’ or ‘Mincéir’, which are words from Shelta the Irish Traveller language (otherwise called ‘Cant’ or ‘Gammon).

A common myth is that Irish Travellers came into being after the Irish Potato Famine in 1845 when they were evicted from the land by British troops, but the true fact is Travellers have been in Ireland since pre-Celtic times – even before the Oliver Cromwell war (1649-1653).

Irish Travellers are historically known for their traditional craft of tin-smithing.

They were also known for their nomadic lifestyle – moving from place to place and selling handmade items or animals.

There were also very important in the history of traditional Irish music – fiddle-playing and uilleann pipes and were well known for singing and storytelling as well as fortune-telling.

Travellers mainly lived in the Irish countryside up until the 1960s, when they moved closer to towns and cities after work dried up on farms and door-to-door selling became less popular.

Both categories travelled from area to area and often bartered their services in exchange for money or food items, including milk, butter, and vegetables, as well as clothes.

Travellers tended to belong to and operate as individual family units, and until urban life was imposed on them, they tended to avoid living alongside other members of their community.

The first official piece of policy for Irish Travellers did not come into existence until 1963.

Travellers were referred to as ‘Itinerants’ in this policy, which sought to find solutions to the integration, assimilation and settlement of Travellers amongst the rest of the population.

However, this was perceived as a strategy to persuade Travellers to settle and stop their nomadic lifestyles because their traditional ways caused societal problems. 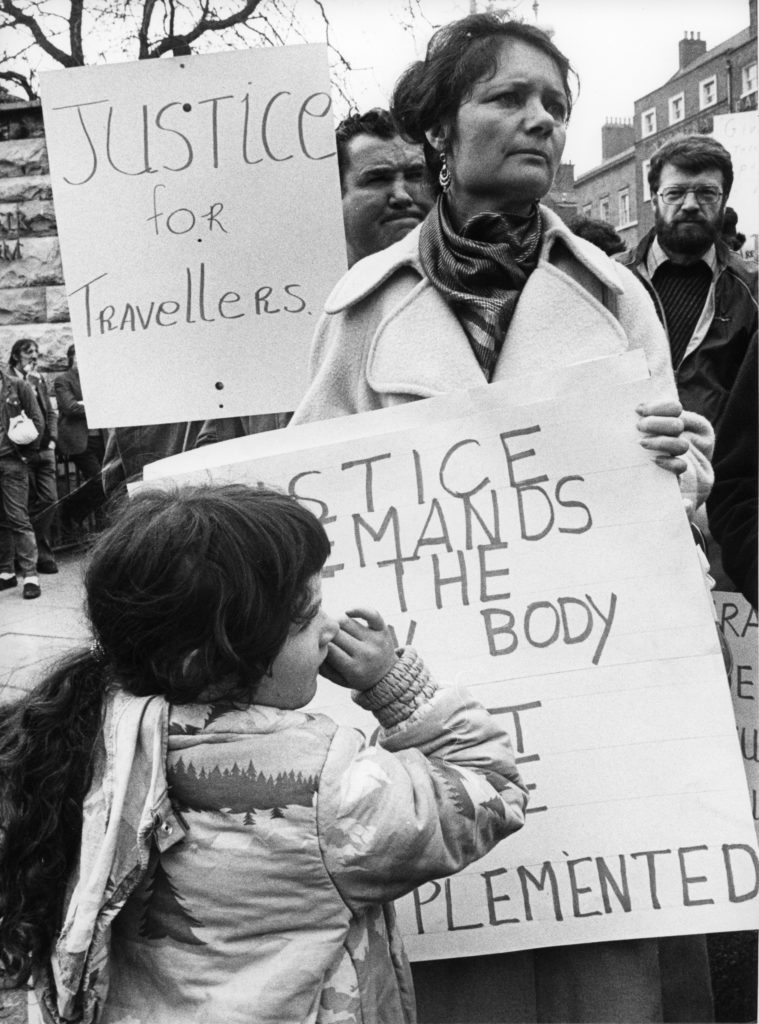 The late Nan Joyce, a high profile spokesperson for the Traveller community in Ireland, pictured at a march in 1984

In the following years and throughout the 1970s, they were forced to move off roadsides and campsites into either council accommodation or council-run campsites.

The first Travellers Rights Group was formed in the 1980s and campaigned for better recognition of Traveller culture.

However, it took until 1995 before the Irish Government engaged with Traveller groups and organisations to look at such critical areas as healthcare, education, and accommodation for Travellers.

The Equal Status Act 2000 made it illegal to discriminate against Travellers.

However, this was quickly overshadowed by the 2002 Housing Miscellaneous Provisions Act (Trespass Act), which made it illegal for Travellers to camp on traditional lands.

This had a devastating effect on the Travelling community forcing most of them to stop summer travelling.

It also affected their livelihoods in terms of horse-keeping and scrap metal trading.

It was not until 2017, after almost a forty-year battle, that the Irish Government granted recognition to Travellers as a distinct ethnic group with their own unique history, language, culture, and identity. This has paved the way for them to reclaim their history after years of exclusion, discrimination within in their own country.

Despite many changes in legislation, a longstanding stereotype of Travellers still exists, which portrays them as outsiders in their home country.

They face daily prejudice and discrimination in almost every aspect of their lives.

Many myths and falsehoods prevail in Irish society, which accuse them of being deviant and criminally minded, something both unfair and untrue.

Irish Travellers, in the main, are law-abiding people who want to work and provide for their families like everyone else. 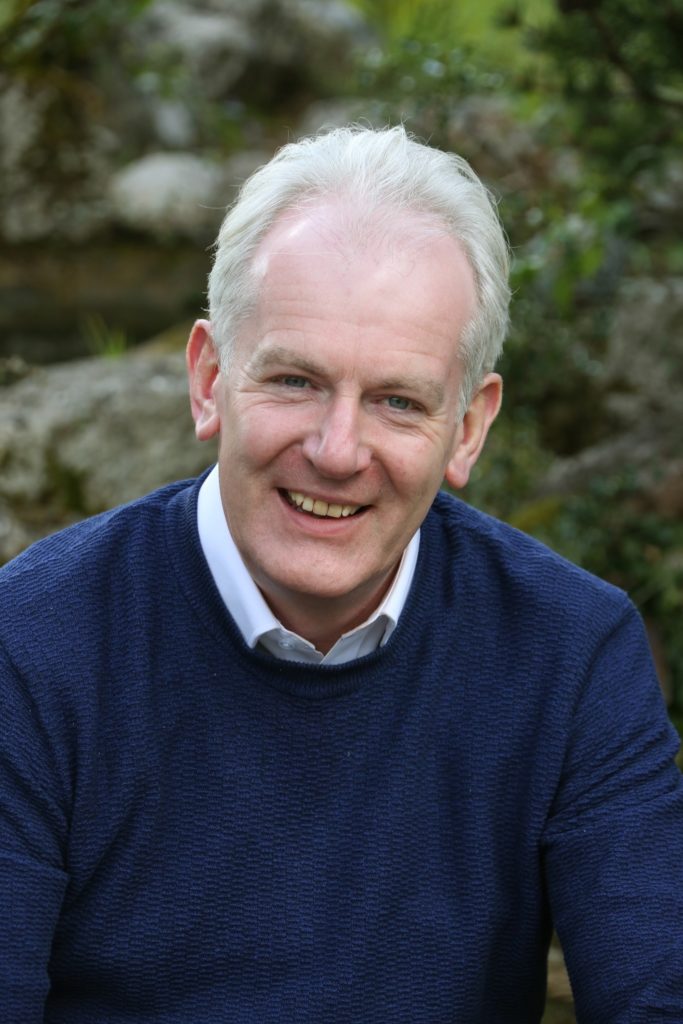 They are religious and family-orientated people who place great pride and importance on cleanliness and customs and traditions, including group gatherings at baptisms, weddings, and funerals.

Travellers tend to marry young and have larger families than the general population.

Gender roles carry a lot of importance, with men viewed as the primary breadwinners in the family and women tending to be homemakers responsible for raising their children.

Although Travellers have deep roots and history in Ireland, there is still massive inequality in housing, education, employment, and health.

It is common for Travellers to attempt to hide their identity as they are fearful of discriminatory repercussions if their ethnicity is revealed.

The sense of shame they are made to feel is believed to contribute to their high suicide rate – particularly among men under 30 – which is currently six to seven times higher than the general population.

Travellers are, nevertheless, an extremely resilient community who have survived centuries of hardship and oppression.

Attempts to eradicate them from the landscape of Ireland will never succeed.

They are going nowhere because they belong to the Island of Ireland.

Declan Henry was born in Sligo but now lives in Kent. He is the author of eight books, including Gypsies, Roma and Travellers – A Contemporary Analysis, in which he unravels the myths surrounding the ‘extremely resilient’ marginalised group.