10 new Irish acts you should be listening to now

If you’re a fan of Hozier or happened to catch him on any of the dates from his recent British tour, you may already be familiar with Bray trio Wyvern Lingo — or at least one of them. Singer Karen Cowley featured on In a Week, a track from his self-titled debut album, having been buddies with the lanky Wicklow man before he hit the big-time. Now it’s their turn to make a mark. Cowley, along with Caoimhe Barry and Saoirse Duane, have been turning heads with their beautiful, harmony-led folk-pop tunes over the last year or so, particularly with the release of their debut EP The Widow Knows last August. They rather amusingly describe their sound as “If Crosby, Stills, Nash and Young grew up listening to Destiny’s Child and Jeff Buckley was their Da”, which isn’t too far off the mark. They’ve signed a record deal with Rubyworks, the label that launched their pal Hozier and
Rodrigo y Gabriela onto the world — so expect big things. 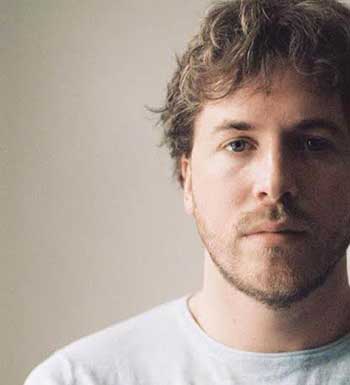 Last year, however, he released his debut album Leafy Stiletto which showcased his true ability as a songwriter when it’s not smothered by eccentricity.

Hanna’s album has been one of the finest cuts from the Popical Island stable to date; a finely-tuned blend of quirky, rough ‘round the edges indie-rock that will appeal to fans of Guided By Voices and Pavement, but with a strident pop sensibility that’s tempered by the occasional dip into more sombre fare.

His most recent release, a single called Austria, turns things on their head yet again — it sounds like Morrissey fronting a scuffled, jangle-pop version of Elvis Costello’s backing band The Attractions.

We can’t wait to see what he’ll come up with next. 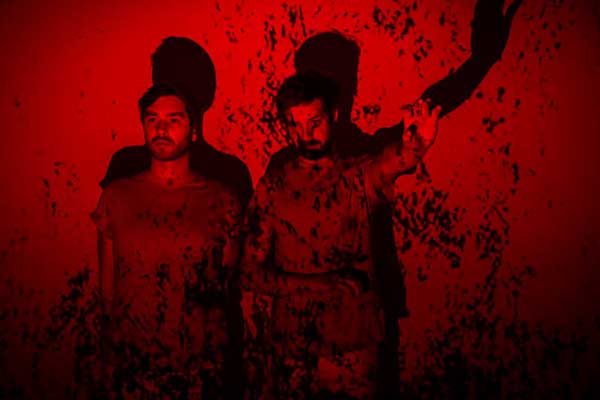 Two old friends with a musical kinship meet, find they have a bit of spare time on their hands, and decide to start a band. It’s a story that’s been told manifold times, but when you factor in Lar Kaye and Conor Adams’ previous experience (Kaye in Irish cult musical heroes Adebisi Shank, Adams in angular indie-rockers The Cast of Cheers), you know there’s got to be something special in the pot. The duo’s new approach to music-making as All Tvvins involves more of an electronic undercurrent than their previous bands, but melody is king here. It’s audible in songs like Thank You — a song that you’ll find it impossible not to shake a leg to — while Too Young to Live is just so damned funky. It’s slick, polished synthpop with an organic full-band sound that’s ready for radio and huge festival crowds — no wonder they were snapped up by Warner ridiculously quickly. They’re currently beavering away in the studio, writing for their debut album. When it eventually lands, it’s going to be big. 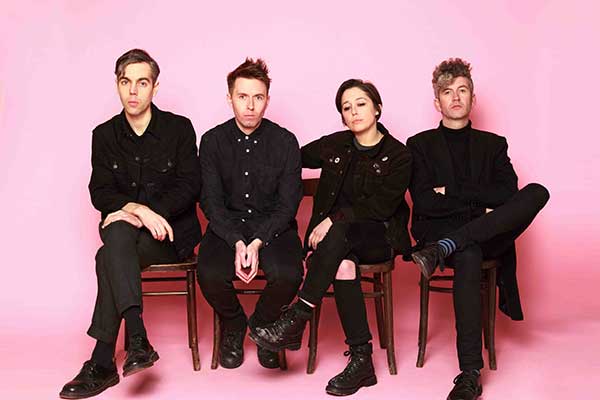 Some have pegged Girls Names as merchants of gloom-rock who probably spent far too long locked in their bedrooms as teenagers, obsessing over The Cure and writing poetry in their journals when they should have been doing their homework. And while there may be some truth to that depiction, it doesn’t mean that the Belfast four-piece aren’t capable of creating some of the most stylish indie-rock we’ve heard from an Irish band over the last couple of years. This is dark, brooding, atmospheric stuff that sounds like your favourite ’80s indie bands — The Smiths, Roxy Music, Talk Talk and yes, alright, The Cure — rolled into one. They displayed big, hearty slabs of potential on their second album The New Life, which was released in 2013 and brought their sound to a wider audience. A recent gig in Dublin saw them showcase tunes from their forthcoming third album Arms Around a Vision, due in October, which could well see them break through in a big way. 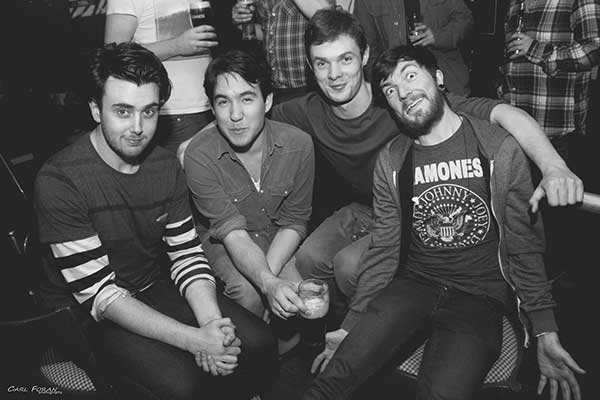 Let’s be honest: most college students spend their days hanging around, chatting to mates, sneaking off to the pub and yes, alright, occasionally attending the odd lecture. It’s a time-honoured tradition. Blades Club, on the other hand, spent their college days… well, being in a band. Of course, it helps that they met — and formed — at BIMM, Dublin’s music college. The four-piece from Dundrum in Dublin are still in the early part of their career, but their sure-footed releases to date hold much promise. The title track from last August’s Out to Sea EP, sounds like the song that The Strokes left off Room on Fire, while their single from earlier this year, Asian Babes, evokes a brilliantly catchy new wave vibe. Their most recent new EP Tranquilised signals both a slightly gruffer take on their indie-rock sound, as well as new dalliances with electropop on Au Revoir. If their music lands on the right desks, they could do big things. 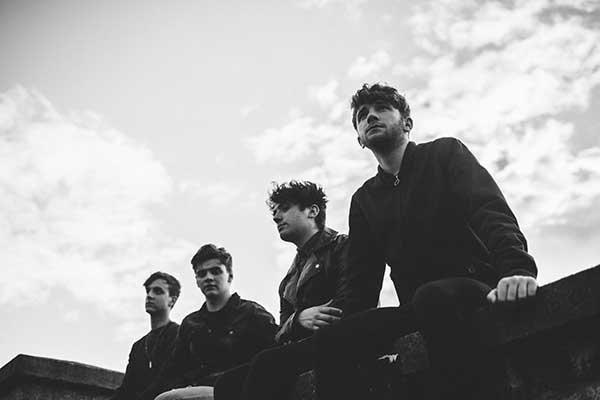 Don’t bet against this young Mullingar band being the next Irish act to blow up internationally. The four-piece, all still in their late teens/early twenties, met at school and bonded over a love of The Strokes. Their breezy incursions into radio-friendly indiepop have earned them comparisons with The Strypes, The Kooks and Two Door Cinema Club and they’ve already shared stages with Pixies, Kodaline and played at Spain’s Benicassim festival. Phew! All this on the back of a few roughly-recorded and unofficially released songs like Bear Claws, which showcased main songwriter Craig Fitzgerald’s canny knack for melody. Different, their debut single proper, has put them on the radar of many a tastemaker in recent months. They’ve already signed a worldwide publishing deal and it surely won’t be long until a major label is camping on their metaphorical doorstep in search of a signature. Sure, they’ve even had the public patronage of their fellow Mullingar man, Niall Horan — what could possibly go wrong? 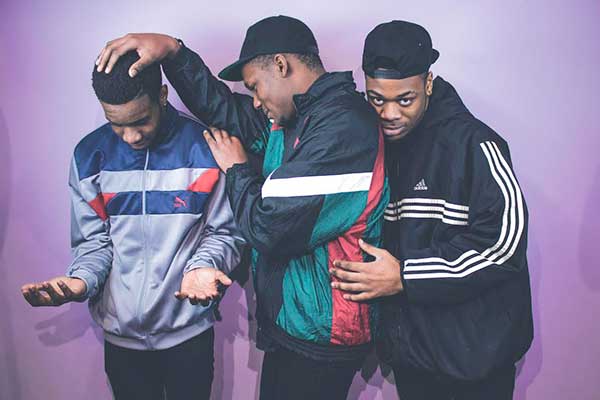 Irish hip-hop often gets a raw deal on the international stage, but in recent times there has been a steady stream of talented MCs and producers making their mark on the Irish scene, like Rusangano Family and Lethal Dialect. One of the most exciting acts in the genre, however, is Dublin teenage trio Hare Squead. They describe themselves as “three black Irish kids making waves”, and they’ve already made quite a splash in the short time they’ve been together, with songs like Come Outside blending quirky beats with laidback vocals and loose-swinging rhymes that’s tailor-made for hazy summer days, while Dawgs and Get With the Times exhibit a more traditional take on the genre. In any case, they’re incredibly sure-footed for a bunch of 18-year-olds and having recently impressed international audiences at showcase festival Canadian Music Week in Toronto, they could well be the act to take Irish hip-hop global with a year or two of development and fine-tuning. 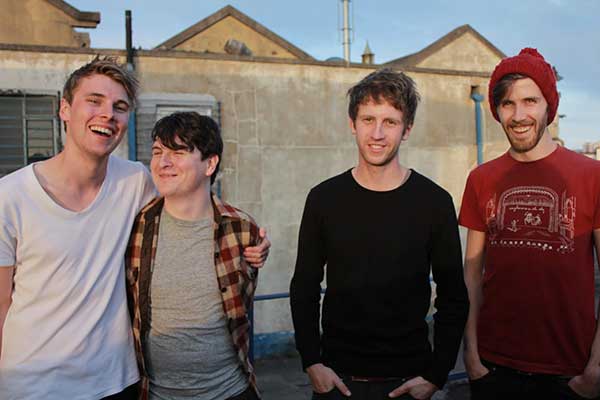 Despite their un-Googleable moniker — and not to be confused with the aforementioned Girls Names — Girl Band are one of the biggest success stories on the Irish independent scene in recent years. The Dublin four-piece’s abrasive brand of noise-rock has already seen them gain significant airplay and column inches in Britain and Europe — and last year, they were snapped up by none other than Rough Trade after impressing with a clutch of singles and EPs. NPR said “they make it sound like the whole world is going to literally explode in a massive, interstellar ball of fire”, which isn’t completely inaccurate. Think a fuzzier, scuzzier version of The Fall meets early Nirvana, add a healthy heaping of red-faced fury, and you’re partially there.  Live, they are a force unto themselves, but they somehow manage to capture the vicious, beautiful, nihilistic energy of their sound on record, too. Their intense creations are not for everyone, granted — but when their debut album is released in November, expect to see their name a lot more. 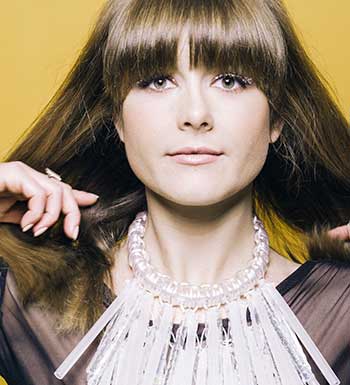 There have been plenty of iconic male/female pop duos down through the years, from Eurythmics right through to Goldfrapp and more recently, La Roux.

Hoping to join their ranks in the pantheon of pop perfection is I’m Your Vinyl, aka Dublin-based duo Ken McHugh and Dana Donnelly.

Both musicians have form on the Irish music scene; McHugh was the songwriting and production brains behind the electropop outfit Autamata, working with the likes of Cathy Davey and Carol Keogh, while vocalist and frontwoman Donnelly traded in folky singer-songwriterism.

Their powers combined, however, have produced several promising singles over the last year or two that have culminated in their latest release, Erase It.

The song — a nifty little pop number that takes in quirky soul and Motown samples — has a chorus so infectiously catchy that you’ll need to visit your GP after hearing it.

Hopefully it’s an indication of things to come with their debut album, due for release later in the year. 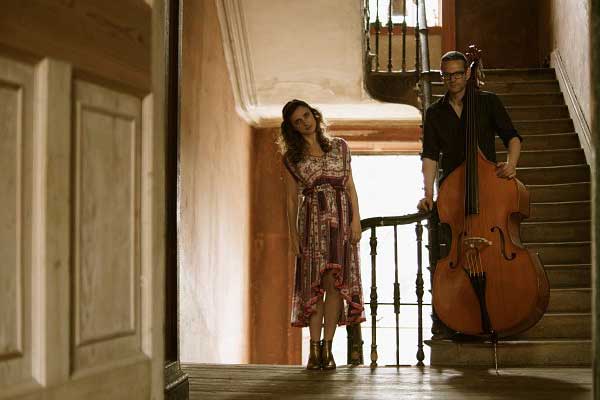 And now for something completely different. No, literally. You probably haven’t heard Sue Rynhart’s style of music before — or at least not the way she plays it. Then again, to say ‘play’ is also incorrect, as she’s primarily a vocalist. Put it this way: although the Dubliner’s sound could loosely be described as ‘jazz’, there’s a lot more going on in her music, despite her using very little. Still confused? Well, listen to Crossings (Songs for Voice & Double Bass) and you’ll get a taste of her improvisational methods, her free-flowing style and her genre-traversing approach, and you’ll understand. Having worked with the Fuzzy Logic jazz ensemble for several years, Rynhart’s solo debut was released last year to rave reviews. It’s not hard to see why: although her approach is pared-back — it is, as the title suggests, just voice and double bass — there is vibrancy and life, lightness and darkness in her songs, not to mention the sense that you’re hearing something refreshingly singular.