DUBLINER Fíonna Hewitt-Twamley’s one woman show Myra’s Story has been recognised with one of the most coveted awards to be found on the Edinburgh Fringe Festival.

In Myra’s Story, which was written and directed by Derry playwright Brian Foster, Hewitt-Twamley delivers an acting masterclass, bringing her audience on an unforgettable journey encompassing a multitude of emotions.

There’s laughter and tears, joy and despair and Hewitt-Twamley’s talent and versatility is showcased in a 90-minute tour de force. 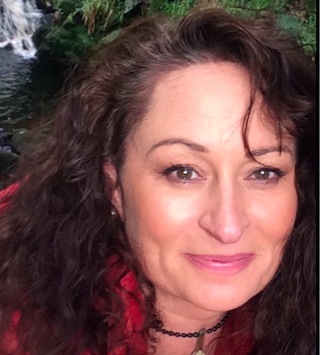 Reaction from audience and critics to the Dublin-born, IFTA-nominated actor’s character portrayal has been unanimous in praise since her Edinburgh stint.

Social media lit up daily throughout August with large swathes of the sell-out crowd taking to ‘Myra’s Story Irish Play’ on Facebook, expressing their appreciation of Hewitt-Twamley’s talent.

Numerous media outlets including The British Theatre Guide AND Broadway Baby awarded a Five Star rating, with the Daily Mail noting, “Fíonna Hewitt-Twamley is quite wonderful, her powerhouse performance of such energy it could knock out the national grid. Five stars are not enough to do it justice”.

Speaking on the win, Fíonna Hewitt-Twamley said, ‘I am beyond humbled to receive such a prestigious accolade.

“Edinburgh and it’s audiences are firmly in my heart, and their words of praise, along with my Broadway Bobby are a beautiful thing for me to treasure.”

WATCH: Ed Sheeran pulls a pint in Ireland ahead of ten planned gigs