MARTIN HAYES has been described as the most important Irish musician of his generation.

But the softly-spoken Clare man is known to be happier discussing the various styles of fiddling to be found throughout the Irish diaspora, or the debt we owe to those who kept the ‘old music’ alive during Ireland’s very dark times, rather than focus on his own place in the panoply of Irish traditional music superstars.

Hayes has now put this right — to some extent — with an autobiography, Shared Notes.

The book covers not only his life and career, but also reveals his beliefs and inspirations.

Of course, no one instrument, let alone player, has ever been ‘the most important thing’ in Irish music.

The past few years have seen us lose some of the towering figures in the tradition — Paddy Moloney, Liam O’Flynn, Ronnie Drew, Barney McKenna.

The baton has moved from those who helped pioneer the worldwide interest in Irish music to the next generation, and indeed to the generation below that. And Irish music continues to flourish.

The tradition has seen many different manifestations in the last century, from the Clancys to the Dubliners, Sean Ó Riada’s Ceoltóirí Chualann to Planxty, and from Riverdance to The Pogues.

The one seismic change that links these disparate expressions of Irish music is simple enough to spot — a hundred years ago everybody gathered round and played, danced, or sang together. 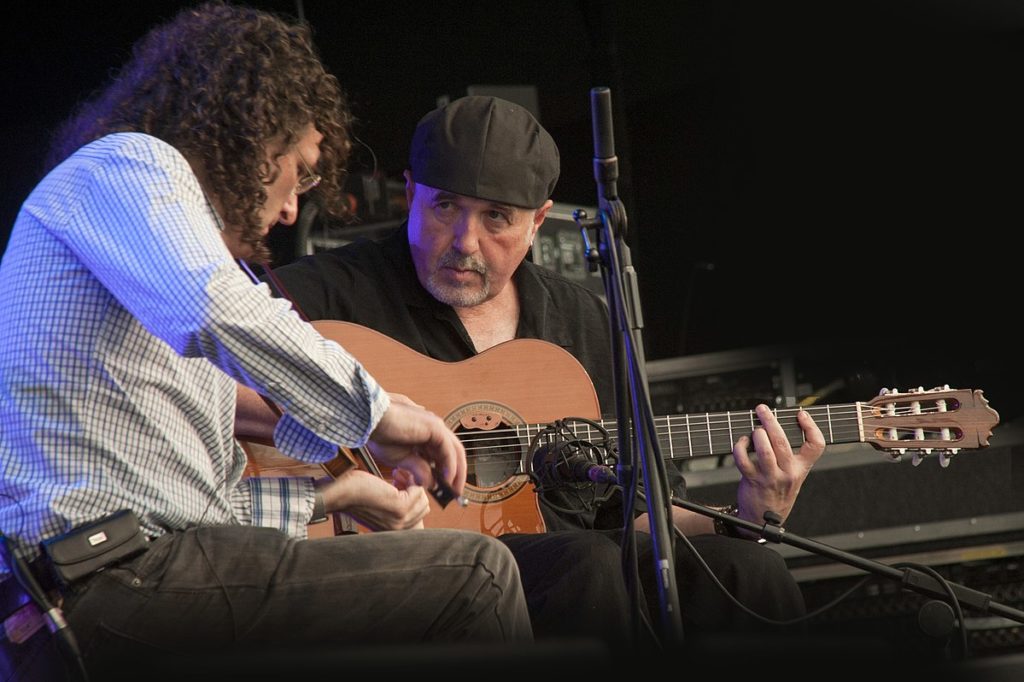 Nowadays, a significant chunk of Irish music has gone the concert route — where a person (or ensemble) gets up to play and everyone else gathers round and listens.

Hayes alludes to this change at various junctures in Shared Notes: “Traditional Irish music,” he writes, “…is an earthy music of deceptive simplicity that has a grounded beauty within its very DNA. Irish music is a treasury of melodic richness, and this is the story of how I’ve experienced this music, whether by the rustic, open-hearth fireplace of my early childhood or, later, in the sacred space of the concert stage.”

So, from open-hearth fireplace to concert stage in a matter of decades.

By taking traditional music from its rustic home and into the glare of the music business, elements of the music have inevitably changed. Informal pub sessions — largely a product of emigrant groups in England and to a lesser extent America — still take place in Ireland and across the diaspora, certainly, but Irish music is now an artform as well as a community pursuit.

“It has undergone a series of changes, of course it has,” says Hayes. “But then it has always been evolving.”

The journeys of Martin Hayes

Shared Notes would have been a very short tome if Hayes had adopted the route mentioned in his introduction.

He writes: “When, during the early stage of my relationship with my wife I started to talk about marriage, she said to me, ‘But I don’t know who you are!’ Knowing she was a big fan of my music, I said to her, ‘Do you like my music?’ She said she loved it, to which I replied, ‘Well, that’s all I am: music.’”

But Hayes does expand on his life as well as his career in music. His path to musical stardom wasn’t a straightforward linear path, and Shared Notes includes vignettes of him as varied as hammering nails on a construction site in the depths of a Chicago winter, working on a stock market trading floor, and playing for Barack Obama at the White House. 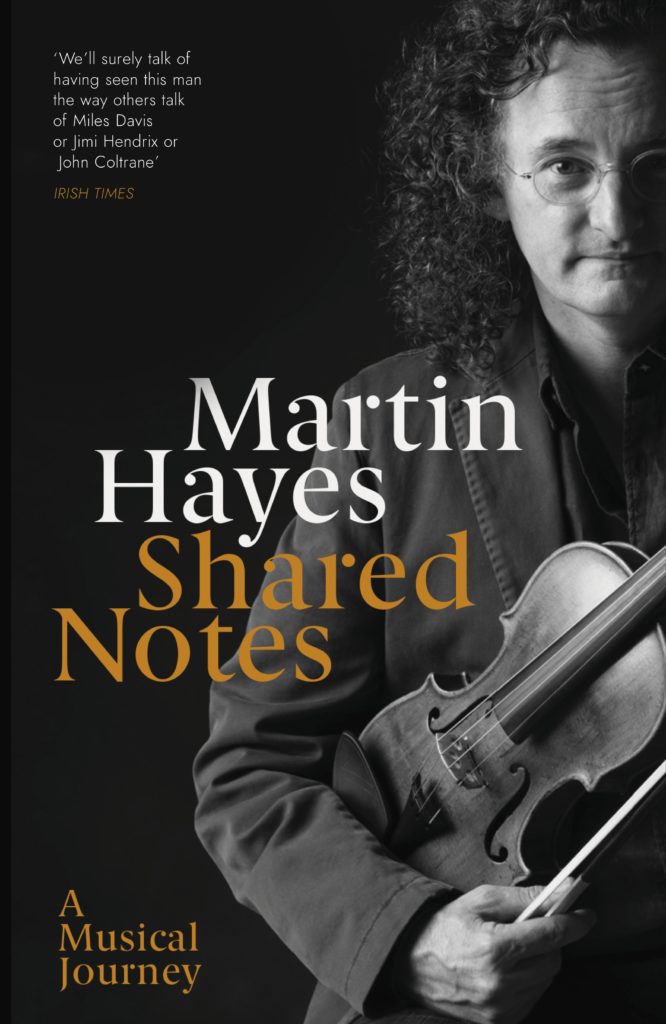 He uses a straightforward chronological template to move the story of along.

It begins with the family tree, his childhood in Co. Clare, and working on the family farm. Born to a founding member of the Tulla Céilí Band in East Clare, Hayes’ family was steeped in music.

He speaks about getting his first fiddle, learning tunes, the musicians he met, and his relationship with his father.

And then taking the journey many of us have embarked on at one time or another: leaving Ireland for work or adventure.

In Hayes’ case he headed to London then the US.

Shared Notes gives a new perspective on the influence these players had on Irish music, and how they subtly changed it through their embroidery and embellishment of the tradition.

One of the musicians he met along the way is his long-time musical collaborator, Dennis Cahill.

Hayes details what they decided to try to do with the music.

They were “fed up with playing music that was uninteresting” to them and so plotted a new course.

Hayes doesn’t shrink away from the low points in his life — his turning to drink, building up debts, failing at business, becoming severely depressed.

Even smashing his fiddle over another band member at a gig in Chicago, in front of 400 people.

His college days weren’t a high point either — Hayes talks about squandering his education.

The contrasts in his life make a gripping read: a failed entrepreneur, a hugely successful musician, an early life in Clare seguing into the wild raucous bars of Chicago and New York.

Musical beliefs are interspersed with autobiographical details, and a picture is built up of the changing face of Irish music across the 20th century and into the 21st.

It is, to paraphrase the title, a fascinating journey.

Shared Notes: A Musical Journey is published by Transworld Ireland and is available here.