A NEW documentary on one of Ireland's most wild and wonderful landscapes is set to air this weekend, and it is not one to be missed.

In the countryside of County Clare is a place called The Burren; a mysterious place unlike anywhere else in Ireland, with deep caves, a stony, rocky landscape and ancient Dolmens.

A new two-part documentary series hopes to unveil some of the secrets of this breathtaking landmass, by attempting to discover who the ancient Irish people were who lived there over 10,000 years ago.

The documentary, titled Heart of Stone, comes from film-maker Katrina Costello, who remains totally intrigued by the Burren and has worked there for over 13 years.

"It is not a landscape that gives up her secrets easily," she said. "But in every fold of rock and around every corner there is always a new surprise."

Narrated by Brendan Gleeson, The Burren - Heart of Stone is a two-part documentary revealing the raw and complicated beauty of the Burren.

The new RTÉ documentary will delve deep into the landscape and the people of the past, using photography to capture "the raw and complicated beauty" of the Burren while gaining insight from local experts, including botanists, cave divers, explorers and biologists.

Both episodes are narrated by Irish film legend Brendan Gleeson, who brings audiences on a journey to the past to explore the lives of hunter-gatherers and what became of them, and asks if the prehistoric farmers irreversibly altered the landscape, leading it to become what it is today.

The first episode, titled 'Symphony of Life', aired last week and took the audience through the seasons of the Burren, exploring the underground caverns,disappearing lakes and the formation of rocks unique to the Clare landscape. 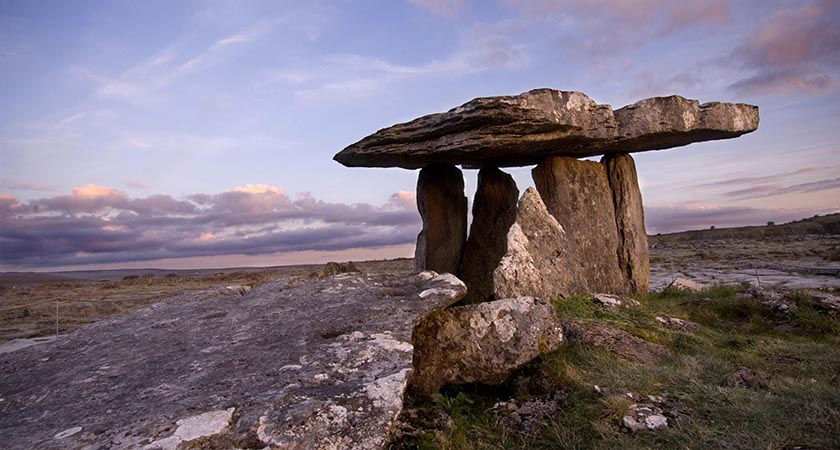 Zoologist Cormac McGinley examined the remains of millions of ancient sea creatures found in the Burren, which he believes once used to be an atmosphere similar to Australia's Great Barrier Reef.

The next episode will look at what Ireland may have looked like when the nomadic big-game hunters walked the Emerald Isle, and examine the three distinct populations that lived in Ireland in prehistoric times.

The second and final episode of The Burren: Heart of Stone episode one will air on RTÉ One on Sunday, 18 April, at 6.30pm.

You can also watch the new episode or catch up on episode one by using the RTÉ player here.