C'est la vie: Irish bride upstages herself when she breaks her wrist in a B*witched themed dancing fall

AN IRISH bride managed to upstage herself at her own wedding by breaking her wrist in a B*witched Irish dancing themed fall.

Linda Meehan-Ashton, a comedian from Dublin, married her British husband Tobias Ashton four weeks ago in a civil ceremony at the Springfield Hotel, Co. Kildare.

After a beer drinking competition and their first dance outside the hotel, the party continued inside with a DJ and some cheesy music.

"My lovely husband is British, as are a lot of our friends, and they often slag me by doing a pretend Irish accent. So when the song played and they started to Irish dance I thought 'I'll show you lot!' and broke out the auld one, two, threes.

"I thought I was amazing, until I fell over," she added. 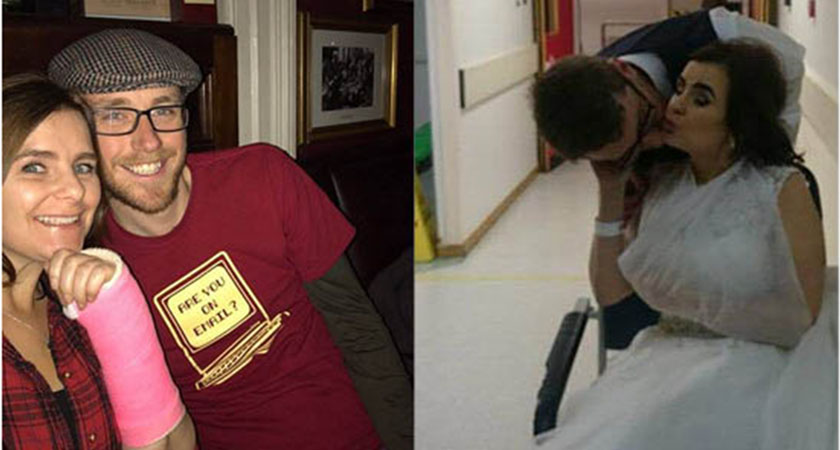 Linda and her groom Tobias after their wedding and at St James' Hospital in Dublin on their wedding night. (Picture: Linda Meehan Ashton/Facebook)

Linda says she fell a few more times but the first time she didn't get back up she realised she had hurt her wrist.

"I was lucky enough to have three nurses at the wedding, all of whom were useless," she joked.

A paramedic friend of the groom came to the rescue however, and along with the night staff of the hotel took care of the bride until she and the groom made it to St James' Hospital in Dublin.

Arriving in a ballgown dress, Linda says "the person on the desk genuinely laughed, as did I." 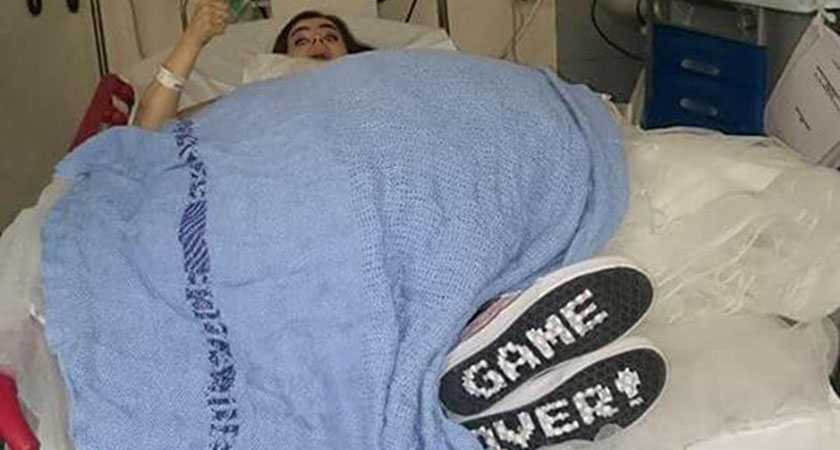 It really was game over for this bride (Picture: Linda Meehan Ashton/Facebook)

While the hospital staff attempted to get this bride back to her wedding, Linda said it was not to be.

"My wrist was confirmed as broken and I had to get a cast,' she said. "At 8am the next morning we got back to the hotel, with my wedding dress in a giant 'patient belongings' bag, and me in two hospital gowns and blankets.

"Naturally everyone was concerned, but it was a good laugh in the end. After all that, I really did marry the greatest guy as he spent our whole honeymoon carrying things for me, helping me dress, tie my shoes and even did my hair when needed."

She added: "I broke my wrist doing very bad Irish dancing to C'est La Vie on my wedding night, as my friend Jim said 'only Linda could upstage herself at her own wedding!'"