ALTHOUGH buoyed by a terrific performance from Sinéad Cusack, US writer Jon Robin Baitz’s politically-minded play, Other Desert Cities arrives at a curious time in world affairs. Do the British public have the appetite for a war drama, albeit one centred on family tensions?

Amid a backdrop of post 9/11 paranoia and the recently broke Iraq War, Baitz’s Tony award-winning play is set in sunny Palm Springs.

It's 2003, and tensions are rife  in the home of upper class Americans, the Wyeths, where political concerns around the ongoing war have boiled to the fore.

The esteemed family have legal connections – and interests – with the Bush administration and the dirtier dealings of the war.

Younger brother Henry is suspected to have committed suicide soon after being linked to a part of a bombing of an army recruitment centre on home soil.

It’s up to daughter, celebrated writer Brooke (given a wholly convincing performance by Martha Plimpton, making her West End debut) to attempt to set the family record straight. 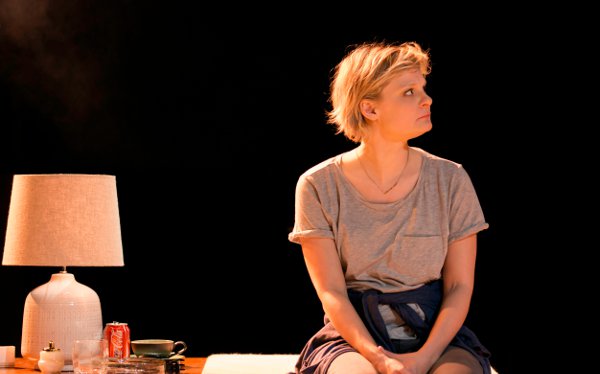 A planned serialisation of the Wyeth’s dirty laundry — written by Brooke — is to be published in the New Yorker and that’s the focus of the chaos here.

The elephant soon bursts out and we get the full view tonight — the Old Vic has gone round house. A 360 view is afforded of a stage draped with palm trees, plush sofas — and a trayful of booze, spliffs and prescription pills.

Baitz’s writing of power and politics through the personal prism is confident and it’s hard to fault the plays credentials. The direction is sharp too.

However, where the play is limited is that, (notwithstanding some twitchy fingers over Syria last summer) the American and British political appetite for war is widely known to be at its lowest point for a decade.

So is there any reason the theme would primarily interest the London theatregoing audience of 2014?

The less than full opening night – with local school pupils making up the numbers in large sections, suggests probably not.

Other Desert Cities runs at the Old Vic until May 24