A THRILLING new play tells the true story of a young Coventry-born boxer and his battle with his identity as he defends his championship title in Dublin.

Written by Coventry native Jamie McGough, Fighting Irish is based on the extraordinary true story of his uncle Jarlath McGough, who became a champion boxer in Ireland in 1979 before facing a backlash from the boxing world due to him being Coventry-based.

“The story starts with my uncle Jarlath going over the Ireland and becoming the youngest ever Irish light-heavyweight champion,” playwright McGough confirms.

“Then it goes on to the next year where he was to defend his title and he faced a lot of opposition, not just from opponents, but also officials, because he was Coventry-based.

“And then that started an explosive chain of events which encompassed identity, the politics of the time and family drama too.”

Mr McGough reveals it was his nan who told him this important family story and, following her death due to Covid-19 in 2020, it is in her name that he finished it.

“She was a great storyteller,” he said of his grandmother.

He added: Unfortunately, when Covid came, very early on she died of Covid.

“The last time I spoke to her the last thing I heard her say was ‘make sure you get that play finished’.

“It is such an amazing family story,” he admits. 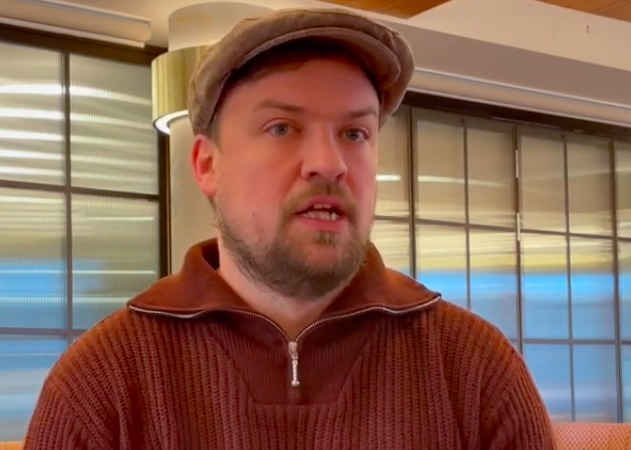 Jamie McGough has written the play about his uncle Jarlath McGough

Mr McGough will see that story brought to the masses in April when it receives its world premiere at the Belgrade Theatre in Coventry.

He was keen to premiere it in his hometown, where it has been co-directed by the Belgrade’s Creative Director, Corey Campbell, and former Artistic Director, Hamish Glen.

Mr McGough believes it is a tale that showcases the best of the Irish diaspora.

“Coventry has this vast and amazing Irish community and a really amazing culture within Coventry,” he says.

“Alongside that you have a real working-class story, and I want to bring those stories to theatre.

“There is amazing drama in working class lives.”

The production will also be part of the Coventry UK City of Culture 2021 programme, which is now entering its final four months, something which was also important to the writer.

Mr McGough said: “I was lucky to have the story of Fighting Irish in my family and I wanted to pay tribute to them while contributing to Coventry’s City of Culture programme.

“I’m very grateful that the Belgrade have seen the potential in my story - I think we’re making something people can be very excited by.”

Co-Director Corey Campbell, who is taking over from Hamish Glen at the Belgrade, said: “I’m very excited to be working on Fighting Irish with Jamie, a local writer with a bright future ahead of him.

“My personal mission is to put local stories on stage and create a dynamic space for those stories and the local community.”

He added: “I’m also excited to learn what I can from Hamish in our handover show.

“He’s got a lot of experience and welcomed me into this organisation almost five years ago. I’m very grateful, very passionate about the work and very excited to make it happen.”

Mr Glen added: “I’m very excited about my last production for the Belgrade, and having always believed that theatres are local places, I’m delighted to be part of Fighting Irish. Throughout my time at the Theatre, I’ve been looking for a local piece of work to engage with the Irish community in the city.

“I am proud to be contributing to the Belgrade’s City of Culture programme with a new, local play by a first-time writer, telling an extraordinary true story.”

Fighting Irish runs at the Belgrade Theatre, Coventry from April 2-16. Tickets available from the Box Office on 024 7655 3055 or here.

Conor McGregor reveals how much he actually earned from Mayweather fight