THE official first image of North of Ireland heartthrob Jamie Dornan in the movie version of Fifty Shades of Grey has been unveiled.

Admirers of Dornan will be disappointed that the teaser image only shows him from behind.

Dornan seems to have adopted the character of the billionaire playboy with ease as he is shown looking out onto the Seattle skyline in a sharp business suit and hands in pockets in the promotional posters. 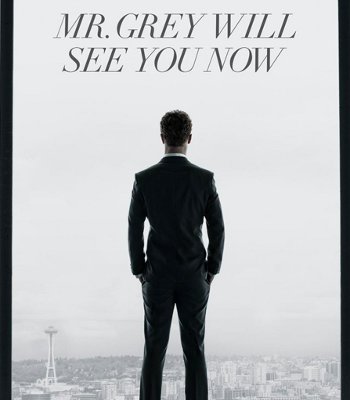 He said of the book's explicit content: “I’m a fairly worldly guy. I grew up in a very liberal place. I’m not saying we had a playroom, but I’m not shocked by [the sex in the book].

“It’s essential to tell the story. I can’t believe films that don’t invoke the sexual side of it. So it works for me.”

Dornan has no doubt received support from his family for the upcoming role, however, it seems that one of his childhood friends has no plans to watch the actor in action due to the sexual nature of the film.

"A friend of mine texted me saying, ‘I heard about Fifty Shades. Congratulations on the role. That’s going to be disgusting. I won’t watch it, ' " he said.

2013 was a busy year for Dornan, filming in recent months alongside co-stars Dakota Johnson, who is playing Anastasia Steele in the film, and British singer Rita Ora as Mr Grey's younger sister Mia in Vancouver, Canada.

The former Calvin Klein model made a name for himself in television last year for his role as a creepy night-time serial killer Paul Spector alongside Gillian Anderson in BBC crime series The Fall - the second series will begin filming in Belfast next month.

He also became a dad for the first time in November when his wife Amelia Warner gave birth to their first child. 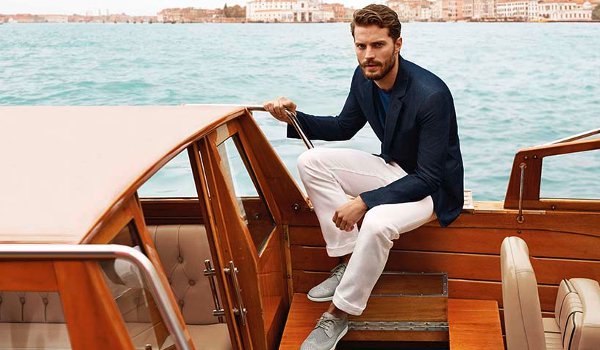 His schedule for 2014 looks to be as action-packed with the second series of The Fall to begin filming in Belfast next month.

Dornan is also set to star in New Worlds – a new four-part Restoration Period drama on Channel 4 – which begins filming this month.

The drama is based around love and loss and is set during a turbulent time of late 17th century Britain, and is expected to be released later this year.

He has also returned to his modelling roots as the new face of Italian menswear brand, Hogan.

Fifty Shades of Grey will be released in cinemas on Valentine's Day 2015.