FORMER Celtic star Paul Byrne will be one of the special guests at a fundraiser for London Irish gangster film Jack Mulligan — which is also set to feature a cameo from ex-footballer Neil Ruddock.

The event, at the Claddagh Ring in Hendon on Saturday, June 20 from 8.30pm, will see Byrne joined by the film’s stars — former world champion boxer Steve Collins and bestselling author Noel Smith.

Providing the entertainment on the night will be The BibleCode Sundays, The Monday Club, Maggie Hegarty and DJ Phelim.

Dublin-born Byrne endeared himself to Celtic fans with two great goals against Rangers during his spell in Glasgow in the ’90s, before going on to play for Southend United, Bohemians and St Patrick's Athletic. 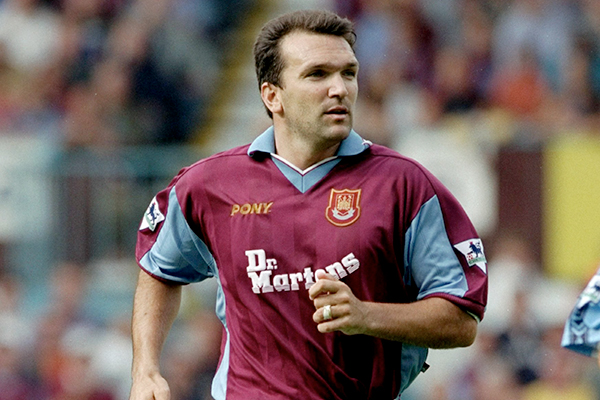 Former Liverpool and West Ham defender Ruddock meanwhile has come on board after working with fellow sportsman-turned-actor Collins on forthcoming crime drama The Middle Man.

Jack Mulligan writer Andy Nolan and director Tom Begley are in the process of finalising the rest of the cast for the short film, which is scheduled to start shooting in mid-August, with a release expected early next year.

The film will see London Irish gang leader Jimmy Callinan (Collins) lock horns with former protégé Jack Mulligan (yet to be cast) who has turned up on Callinan's West London territory to avenge a past wrong.

On his inspiration for the film, Nolan said: ”Irish culture has been overlooked in TV and film here. The Americans have got it down to a tee, but here it’s brushed aside and not developed at all.

"In Britain the powers that be wrestle with the notion of embracing the immigrant story. We need to catch up here.

"There have been huge waves of emigration from Ireland to Britain for centuries but the stories of those emigrants have not been developed.”

The film enjoyed sold-out screenings at BAFTA in London and the Irish Film Institute in Dublin.