MRS Brown's Boys could be "axed" as early as next year, according to the popular BBC sitcom's creator Brendan O'Carroll.

The show, which first aired in 2011, may even broadcast its last ever episode this Christmas as O'Carroll and the gang focus on their new spin-off show.

The team, largely made up of the Irish comedian’s family, have been commissioned to make Christmas specials until 2020 – but O'Carroll says he's considering axing the sitcom early to concentrate on the live talk show All Round To Mrs Brown’s.

Speaking about the spin-off, the 63-year-old told the Daily Star: "It's becoming more of a sitcom and more of our characters are creeping into the show."

O'Carroll previously told the newspaper he would end the show in "heartbreaking" scenes which would likely feature the death of his beloved character; the mammy matriarch, Agnes. 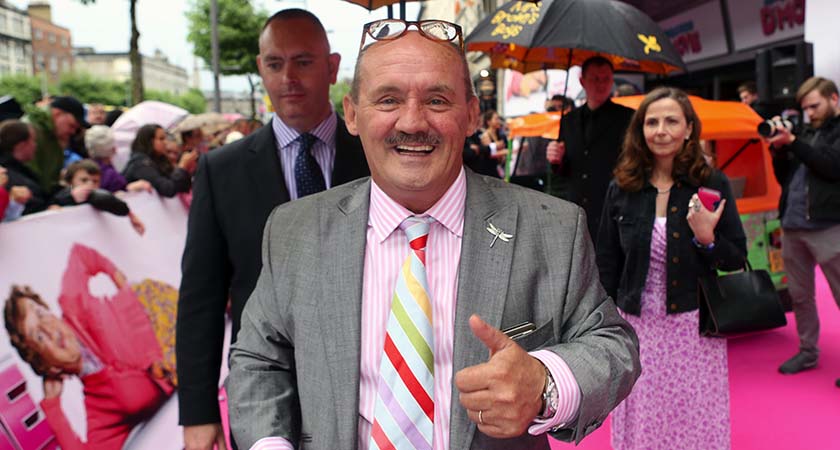 Brendan O'Carroll will concentrate on All Round To Mrs Brown’s in future (Image: RollingNews)

"We are booked to do Christmas specials for the BBC until 2020 but if they go, 'We are going to drop you as we don't think it's strong enough' then I'd kill Agnes off," he said.

"Our final episode would be the funniest show I've ever written for the first 24 minutes. Then the last four minutes would break your f***ing heart."

Mrs Brown's Boys has ran for three series of six episodes and released the film Mrs Brown's Boys D'Movie in 2014, but is arguably most celebrated for its yearly Christmas specials.

However, the Irish comedy has not been without its struggles and new recruit Damien McKiernan received a lukewarm reception after replacing Rory Cowan in the role of Rory Brown in the 2017 Christmas special.

Outraged fans called on show bosses to axe "New Rory" after he forgot his lines during the New Year’s Day special a week later.

Elsewhere, a live arena tour - 'Mrs Brown’s Boys: D’Musical' - has just been announced for next spring.