A PROP blaster that was used by Harrison Ford in the role of Han Solo in Star Wars sequel Return of the Jedi has fetched $550,000 at auction.

Many an '80s child pretended to be the iconic Millennium Falcon pilot – now one fan has got the ultimate accessory in Han Solo's BlasTech DL-44 heavy blaster pistol.

However the mystery bidder has had to fork out more than half-a-million dollars for the ultimate toy – a lot more than the 17,000 credits Solo charged Obi Wan Kenobi to take him to Alderaan. 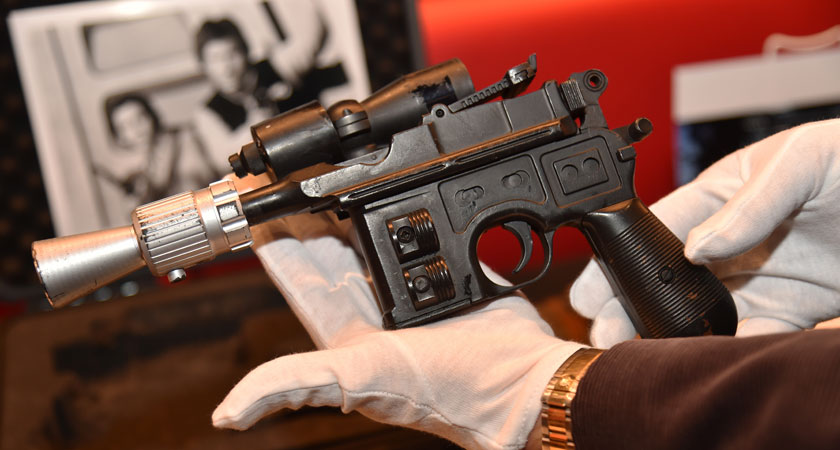 The blaster prop was a modified Mauser C96 ‘Broomhandle’ pistol, one of four made for and used in the film.

It comes with a Letter of Authenticity and production documents related to its history.

The items were up for grabs at Julien’s Hollywood Legends Auction at Planet Hollywood in Las Vegas on Saturday.

They were just some of the items for sale from the collection of Return of the Jedi art director James L. Schoppe.

During filming, he saved a massive archive of production photographs, script pages, illustrations and other memorabilia. 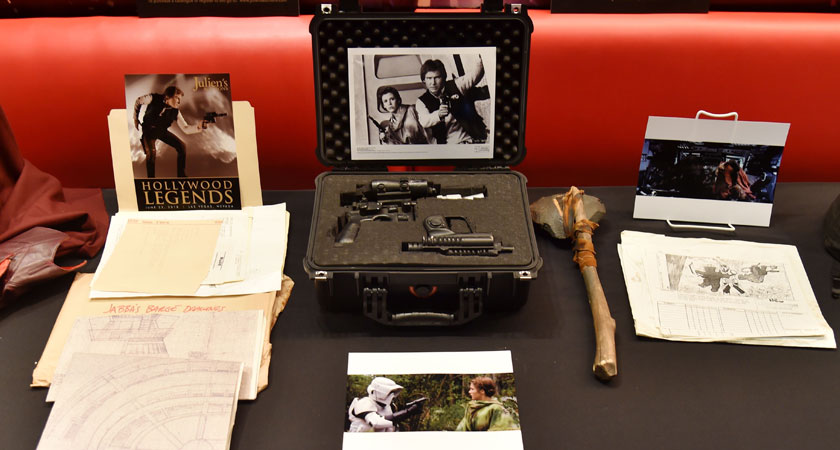 Several prop weapons from Return of the Jedi were up for auction (Image: Getty)

After production was completed, he was gifted the Han Solo blaster and a few other props by the movie’s Property Master Peter Hancock.

Schoppe has had the blaster and his massive memorabilia archive in his possession for the past 35 years.