ANNE-MARIE Duff is a four-time Bafta nominee and hailed as one of the country's great theatre actresses - but that's not enough for some.

"Generally, my interviews will be headlined with 'Anne-Marie Duff on such-and-such and being Mrs McAvoy'. That will be the nature of the piece," says Duff, who married Scottish actor James McAvoy in 2006, after meeting the X-Men star two years previously while working on Channel 4 series Shameless.

They might both be successful, with busy careers, but guess who's constantly asked about juggling work and being a parent to their five-year-old son, Brendan?

"I'm always asked about marriage and children, that's just the nature of the game," says Duff. "It's a shame but it is what it is, and I have to just keep trying to talk about the work and more interesting things."

It highlights the double-standards that continue to exist, a subject she is passionate about and part of the reason she signed up to her latest film, Suffragette. 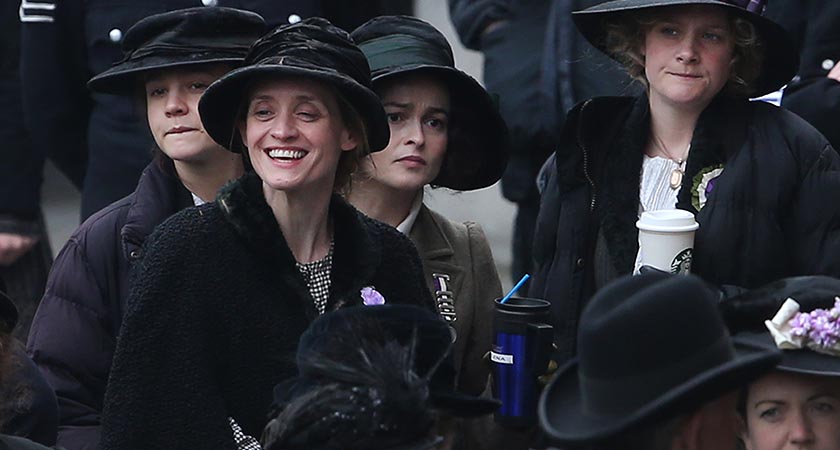 Anne Marie Duff on the set of Sufragette

Directed by Sarah Gavron and written by Abi Morgan, who also penned The Hour and The Iron Lady, the film tracks the story of the foot soldiers of the early feminist movement, as they fought for the right to vote at the beginning of the 20th century (in 1918, certain women over the age of 30 were given the right to vote, and in 1928, this was extended to all women over the age of 21).

Morgan has noted that 'feminism' was seen as a bit of a dirty word for a long time.

"Yeah it was an unfashionable word, women were afraid of it," agrees Duff, looking chic in black trousers and blouse. Does she consider herself a feminist?

"Course I am! It's sexy to be a feminist, to say women are great," says the 45-year-old. "I think men find it sexy too. It's great, we're all here together and we should celebrate each other."

As depicted in the movie, the women of the Suffragette movement weren't primarily from the genteel, educated classes, but working women who'd seen peaceful protest achieve nothing. And so they turned to aggression as their only route, and in doing so were willing to lose everything in their fight for equality; their jobs, homes, children - even their lives. 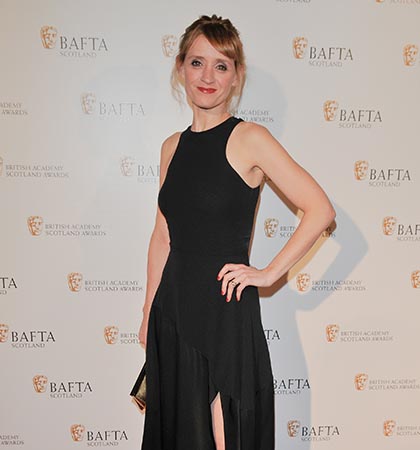 "We were blessed, as Sarah and the production company provided us with this huge library of information, because it was really difficult to get hold of. So many things were destroyed and considered not relevant or important - that's the point, isn't it?" notes Duff, who plays the outspoken campaigner Violet, who tries to convince her fellow laundry worker Maud (Carey Mulligan) to join the fight.

"What a great night, it was awesome, so exciting," recalls Duff - and indeed; not only has the movie, which also stars Romola Garai, Helena Bonham Carter and Meryl Streep as Emmeline Pankhurst, already been hailed 'film of the year', feminist protesters (highlighting funding cuts to domestic violence services) jumped the barriers and lay down on the red carpet at the premiere.

"We were so thrilled, so excited as soon as we found out what was happening and what they were protesting about," adds the actress of the group from Sisters Uncut, who were wearing tops emblazoned with slogans like 'Two women killed every week', and 'Dead women can't vote'.

"If you're going to make a film about women's civil rights, let there be women screaming for them on a red carpet. Don't let it just be about the fabulous dresses we were lucky to wear, but let it be about something.

"I thought, 'This is what we want young women to see Suffragette for'. Not necessarily to always protest, but feel strong enough that they feel they have a right to be heard about everything that concerns them and that they value."

Born in Chiswick, London, Duff’s parents, Brendan and Mary, come from counties Donegal and Meath and migrated to England where they had two children, Anne Marie and her brother Eddy. Now Duff and McAvoy have one son together, named after her dad Brendan, who was a painter and decorator. Talking to The Guardian back in 2013 Duff said: "My parents were of a generation of Irish people who came here because there was nothing there – out of necessity they came to England. They weren't able to fulfil their dreams." 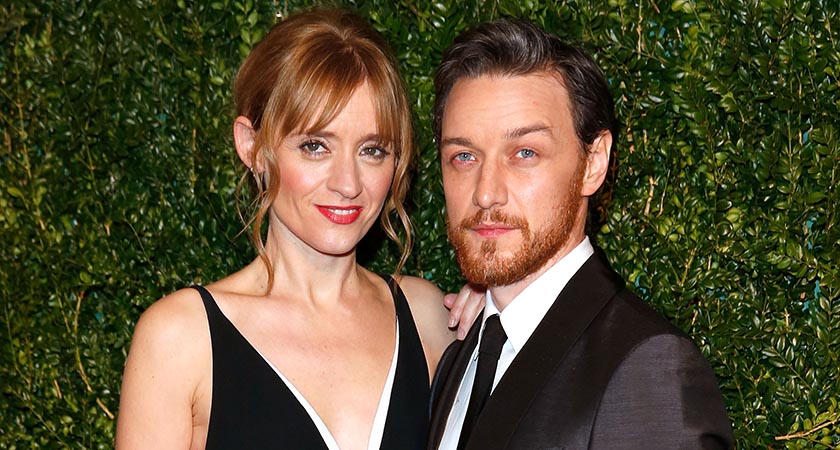 Anne Marie Duff and her husband James McAvoy at the London Palladium in 2014 in London (Photo by Tim P. Whitby/Getty Images)

"I was brought up in a very working class background, it's not about privilege," she continues. "I was always taught my voice should be heard and that's what we should teach our kids."

Duff has previously spoken of her shyness as a child; she attended a local youth theatre in a bid to combat her nerves.

At 19, she enrolled at Drama Centre London, where fellow students included Paul Bettany and John Simm. Notable TV and film appearances have followed, including The Virgin Queen, Notes On A Scandal, Nowhere Boy and Before I Go To Sleep.

She can currently also be seen in the BBC drama From Darkness, which is proving a hit with critics and viewers. "I know, shush, it's going really well!" she says, laughing.

She says she hasn't thought about her next career move, because "I'm theatre-ing now" (Duff's in rehearsals at the National Theatre for D.H. Lawrence's Husbands & Sons).

"I like to try and work in every medium because I think they're all equally valid. Not many actors get to do that, so I'm going to try and do that as much as I can."

But if pushed, theatre is where her heart lies.

"I guess it is, because that's where I started working, so I was born there in terms of my work," Duff notes.

"And also, we're in charge. That feels exciting, because you're even in charge of your screw-ups.

"It makes you feel like you and the audience, there's a real bargain there. I will give to you everything I can and, God, I hope you like it - which is an extraordinary feeling."

Suffragette is in cinemas now