A NEW BBC Three competition will give 28 amateur film makers the chance to become the next big horror film director.

Short films produced by the aspiring film makers will be shown to a studio audience who will vote for the top three most blood curdling movies, all under the watchful eye of presenter and comedian, Matthew Giffen.

The audience’s reaction to the films will all be televised so every jump and scream will be shown.

The top three will then be judged by Eduardo Sanchez, director and writer of The Blair Witch Project, who will choose his favourite to be made into a 30-minute horror film for the BBC. 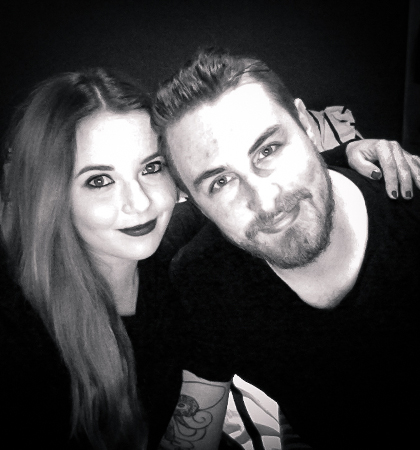 One couple hoping for the chance to make their own full-length horror film are Dublin-based Kiefer McGinn and Rachael Hegarty with their short film, Capture.

Film student Kiefer and freelance photographer Rachael met two years ago on a night out and found they both shared a love of sci-fi and the supernatural.

“We had already written a horror film together and figured we could write a prequel to the film and enter it into The Fear”, The Irish Post.

Kiefer and Rachael beat hundreds of other film makers to this stage in the competition.

Set in the 1980s, Capture is about a young couple who move into a house and find an old TLR camera.  However unbeknownst to the couple, the camera has an entity trapped inside which is desperate to get out.

The young woman, Elizabeth, makes the mistake of picking up the demon-ridden camera and taking pictures.

“The only way the entity can be freed from the camera is by replacing itself.”

The Fear is on BBC Three at 22.30 every Monday night. Capture will be featured on the episode airing October 26.