Irish teenager ‘thrilled’ to dance alongside Rod Stewart at Glasgow 2014

IRISH teenager Shannen Redmond experienced the performance of a lifetime last night when she danced alongside Rod Stewart at the opening of the Commonwealth Games in Glasgow.

After a competitive audition process and three weeks of intensive rehearsals the day finally arrived where the 19-year-old performed in front of 40,000 at Celtic Park and an estimated one billion TV viewers worldwide.

“It was amazing especially to perform with the legend Rod Stewart,” she said. “It was great to be part of such an historic event for Glasgow.”

Shannen’s dad Patrick always wanted his children to perform at Celtic Park, although this might not have been quite what he had in mind! 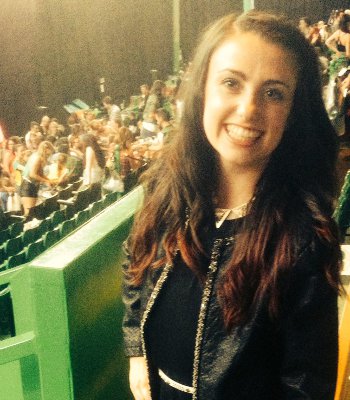 "It didn't turn out the way I thought it would but it is still a thrill to see my daughter on the hallowed turf of Parkhead," the proud dad said.

Jonathan Barton, Shannen’s teacher at Ballet West in Taynuilt where she is studying BA (Hons) Dance was fully supportive of her involvement with this historic event.

Shannen, whose grandparents hail from Cork, Dublin, Belfast and La Coruna in Spain, attended John F. Kennedy Catholic School until 2011 where she had the backing of her PE teachers for her love of dance.

Last year she performed for the Queen at Buckingham Palace as part of the Coronation Concert with One Youth Dance.

Her sister Elena and brother Sean were very proud of her involvement, as were all the family.

Grannie Ursula Lynch was especially delighted as she is a huge fan of Rod Stewart and couldn't believe her granddaughter was performing with him.