EAMONN Holmes has said that our "increasingly PC world" is changing television for the worse.

The Irishman, 58, said TV schedules are full of "vanilla presenters" who stick to the auto-cue for fear of offending viewers.

He added that he had "nothing against" political correctness in some cases, but argued it had gone too far in others.

“Being in TV is the easiest job I’ll ever do, but it is made more difficult by people who either can’t do it, or can’t understand, or want to make themselves seem more important," Eamonn said.

“It’s an increasingly PC world. You’ve got a whole TV schedule that is vanilla – it’s full of vanilla presenters who just say what is on the auto-cue.

“I’ve got nothing against being PC. Nobody has any argument against things like equal pay or racial discrimination.

"But then there are some things that are so PC you just think ‘Oh, don’t be ridiculous’.” 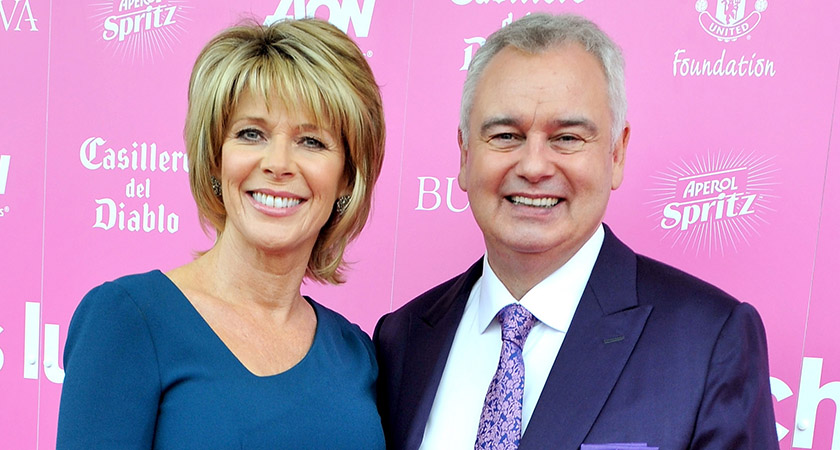 Eamonn revealed he has a different approach to wife and co-presenter Ruth Langsford (Picture: Getty)

The Belfast native said his beloved wife and This Morning co-host Ruth Langsford, 57, has a very different approach.

“My line and Ruth’s line are hundreds of miles apart. Ruth is very conventional," he explained.

"We were Eamonn and Ruth separately before we started working together and it’s nice that we can still be recognised separately. That’s the best of all worlds.”

The 58-year-old also revealed he constantly fears that his four-decade career could end at any moment.

He said: “You always think it could end. I’ve thought that since I was 19 when I was first on TV. When I first presented the teatime news in Northern Ireland I was 21. I was still working in a bar.

“I’d anchor an hour-long show and half an hour later I’d be behind the bar pulling pints. I remember saying ‘This TV business might not last’.

“I became a people person in that job. It gave me confidence. I didn’t go to university. I learned to interview while working behind the bar".

He added: “I say I started in 1980 at 19. But it feels like I started a year and a half ago. It’s gone so quickly and I’ve done some amazing things.