Recorded at Grouse Lodge Studio in Co. Westmeath and produced by Donal Lunny this really is a flawless piece of work.

In a nice touch, former members Donnchadh Gough (pipes, bodhran) and Tom Doorley (flute) joined them as guest players for the recording while producer Donal Lunny can also be heard on several tracks. Eleven tracks of well-chosen and immaculately executed songs and tunes show just why this band is held in such high esteem.

While Muireann Nic Amhlaoibh has a lovely voice it would still be nice to hear more of the excellent Donal Clancy but that is to take nothing away from this terrific album. One of the stand-out tracks is a super composition Caislean Rathanain — a beautiful waltz — by Donal and Oisin McAuley that then goes into a march written by the same pair.

Danu are currently on a major tour in America but will be back to play a number of festivals over the summer including the Cambridge Folk Festival.

Buan is a great album and a fitting way to celebrate 20 years.

Canadian trad Celtic trio The East Pointers will play some British dates in June and are pushing their six-track instrumental EP in advance of the tour. This EP was released last October and may well have been rushed to coincide with tours in Canada and Australia at the time.

No doubt it will be available at their British dates that start in Devon on June 8 and finish in Birmingham on June 21. However, a brand new studio album is due for release in October.

Dominic Kirwan and Mary Duff have a new duet single in advance of their forthcoming British tour that starts in April and finishes at the end of May.

Neither artist needs much introduction to fans of that middle-of-the-road genre having been successful individual recording artists for many years. The track, Paradise Tonight, is a well-produced and well-performed up-tempo song from two excellent vocalists that should pick up radio play.

Michael English is another singer with a bunch of British dates in April. The Kildare man’s single is a really catchy foot-tapping song entitled Dance All Night — originally a hit for gorgeous Norwegian country singer Liv Marit Wedvick — that is certain to be a big hit live and could well be a radio favourite on country shows. The other track — A Million Memories — is a nice self-penned country ballad that could also pick up radio play. 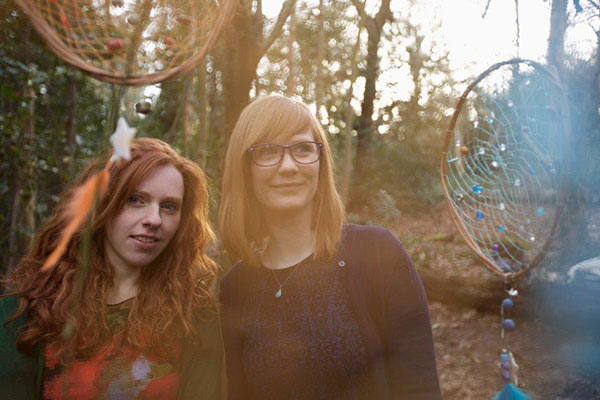 The Worry Dolls — Zoe Nicol and Rosie Jones — are a terrific duo who have been together for about four years and built up a large online following. They play a bunch of instruments between them, write great songs and sing gloriously together with super harmonies.

Their four-track EP, Burden, left me wanting to hear a full album and the future certainly looks bright for this immensely talented pair with a distinctive sound that gives a passing nod to Appalachia but yet is very much their own. They will be playing at a number of British festivals over the summer so watch out for them.

Folk legend Andy Irvine is always a busy man who never seems to stop travelling or working. Playing in a number of line-ups, he seems to love collaborating and experimenting with other musicians but still does most of his performing as a solo artist.

Apart from his group work with Sweeney’s Men (recently back together and doing gigs), Planxty, Patrick Street, Mozaik, LAPD and now Usher’s Island, Andy has played, recorded and performed with a number of artists and worked in duos with Donal Lunny, Paul Brady and Mick Hanly.

Now 72 years old he shows no sign of slowing down and has just formed Usher’s Island in a terrific line-up with Lunny, Paddy Glackin, Michael McGoldrick and John Doyle. That is a definite must-see new band.

Andy will embark on yet another British solo tour starting on April 7 and finishing in Dorchester on Sunday, May 3. He will play Tyneside Irish Centre on Thursday, April 16 and his London gig is at The Great Northern Railway Tavern in Hornsey on Saturday, April 11.