AFTER a hectic summer, there is still life left in the festival season.

The Derby Folk Festival will take place from October 3-5 within Derby’s Cathedral Quarter on The Market Place, in the Guildhall Theatre and the Old Bell Hotel, as the Assembly Rooms will be closed for 18 months following a fire.

The very strong line-up will feature many BBC Radio 2 Folk Awards winners and nominees including Kate Rusby, Show of Hands, Steeleye Span, Martin Simpson, Kathryn Roberts and Sean Lakeman, Greg Russell and Ciaran Algar as well as Jez Lowe and the Bad Pennies, among a host of other performers that include dance troupes. Check out www.derbyfolkfestival.co.uk for full details of this festival that is now in its eighth year.

Folk legends Andy Irvine and Dónal Lunny’s musical creation Mozaik sound like an exciting line-up. They released two albums — the last one in 2007 — but are currently doing some gigs in Ireland before heading to Britain where they will start their short tour in Manchester on October 14.

Joining Andy and Dónal in the line-up will be Transatlantic Sessions regular Bruce Molsky from the US, plus two terrific multi-instrumentalists — Rens van der Zalm from Holland and Nikola Parov from Hungary. Andy and Dónal, of course, go way back to the Planxty days and both men have always enjoyed collaborating with musicians from around the world. Full details of all the dates are on Andy’s website www.andyirvine.com 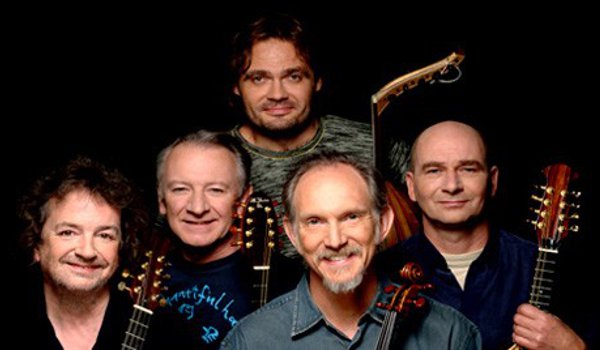 If you didn’t manage to make it to the Fleadh in Sligo, or if you did and fancy some more great music in that lovely spot, then check out Sligo Live, Ireland’s folk, roots and indie festival. Now in its eighth year it will run from October 22-27 with cracking headline acts.

Friday 24 sees high-flying Irish rockers Bell-X1 punching it out at the Knocknarea Arena Sligo IT and the mighty Michael McGoldrick Quartet are at The Hawks Well on Saturday night. However, Horselips on at the Knocknarea Area on the same night so how do you square that one?

Sunday’s choices are also difficult. Montreal-based folk band The Barr Brothers with singer/songwriter Simone Felice are on at 7pm in Calry Church but We Banjo 3 with support from Tommy McCarthy and Louise Costello (recently featured in this column) are on at 8pm in The Hawk’s Well. However, 8.30pm at the Knocknarea Arena is probably the place to be where local country roots band Old Hannah open for Sheryl Crow.

The American star has sold over 50million records worldwide and was nominated for a Grammy Award on 32 occasions, winning nine times. With a canon of work covering pop, Country, folk, rock and blues she should bring this adventurous festival to a fitting close. Full details on www.sligolive.ie

Popular Luton radio presenter and MC Jim Carway recently celebrated 30 years of playing Country ’n’ Irish music on radio. His weekly Tuesday night show on Diverse FM, which also goes out on the internet, keeps fans up to date with events, and the number of high-profile guests appearing on his show on a regular basis speaks volumes for not only his show but also his personal popularity and professionalism.

Given the awful state of mainstream radio it’s good to know that community-based shows like Jim’s are still going strong. Long may he continue.