AN Irish film festival which is now in its ninth year in the capital is developing a reputation for itself as one of the “friendliest film festivals” in London.

And Madeleine Casey, a follower and supporter of the festival for many years, who is now working as Administrations and Communications Coordinator for the event, can vouch for that.

Explaining the immediately warm atmosphere of the festival, which is based at Regent Street Cinema – otherwise known as the ‘hub’ for the duration of the event, she said: “There’s a real intermingling between the filmmakers and the public.

“After the Q&As it’s ‘return to the bar’ and you can chat with filmmakers, they’re very approachable." 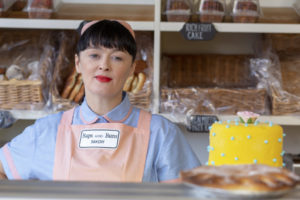 Bronagh Gallagher stars in A Bump Along The Way

According to Ms Casey the ones to watch out for this year include; A Bump Along The Way, a comedy/drama set in Derry about an unexpected pregnancy, starring Bronagh Gallagher and newcomer Lola Petticrew (IFFL London premiere, November 21); the dark, comic melodrama, Dark Lies The Island, which stars IFFL’s new patron Moe Dunford (IFFL UK premiere, November 22); and the beautiful documentary, Cumar, A Galway Rhapsody, a love letter to Galway from the artistic community there, marrying the visual and the art in stunning imagery of the Irish landscape from director, Aodh Ó Coileáin (screening November 24).

Raucous comedy, sassy drama, dark, comic fantasy and a celebration of an Irish musical genius, Mic Christopher, are among the rest of the diverse line-up of films being shown this year. 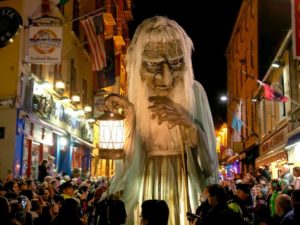 Cumar, A Galway Rhapsody is also on the line-up

An example of this excellence is Carol Freeman, a graduate of Ireland’s National Film School.

Her extraordinary animated short film The Bird and the Whale, which has already won numerous awards, is comprised of 3,400 beautiful paintings on glass and reflects the exciting new talent coming out of Ireland today.

You might also watch out for Laura Whitmore’s screenwriting debut - with her short film, Sadhbh, being shown at the festival.

The Wicklow-born TV presenter, 34, has penned the 13 minute short drama - which she also stars in - about a young mother, Claire, who attempts to present a mask of strength to the outside world while hiding a heart-breaking secret.

With the large Irish diaspora in London and beyond, there’s no reason every film screening shouldn’t be packed out again this year – with film fans traditionally flocking to the festival for an array of reasons. 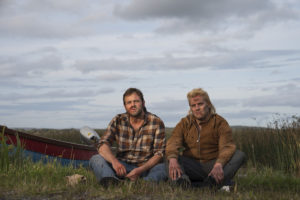 Dark Lies The Island is also on the festival schedule

Kelly O’Connor, Irish Film Festival London’s founder and programming director, explained: “We get great audiences that run from the Irish diaspora seeking a taste of home to a wide diversity of Londoners looking for new cultural experiences; from serious film buffs to people who just want to see a damn fine film.”

New IFFL patron, Moe Dunford, one of the rising stars of a new generation of Irish actors, said he is looking forward to attending the festival this year.

“As a typical Irishman, I’ve always loved the social aspect of getting together and having the chats and the craic with the diverse audience that London offers.”

Planning has already begun for the big tenth celebratory year in 2020, where this friendly Irish Festival is understandably expected to get bigger.

Tickets and listings for the festival are available here and from Regent St Cinema.