WITH Skellig Michael set to return in next month’s hotly-anticipated Star Wars: The Last Jedi, interest in the Co. Kerry island is about to explode like never before.

The West of Ireland isle made a brief cameo at the climax of 2015’s The Force Awakens, but is set to feature prominently in the latest installment in the sci-fi franchise – released here on December 15.

And now, Lego is bringing out a special set depicting the island – which is the setting of Luke Skywalker’s exile on the fictional planet of ‘Ahch-To’.

The set features a hovel modelled on the beehive huts found on Skellig as well as an adorable creature known as a ‘Porg’ – which director Rian Johnson based on the puffins found on the island.

It also comes with mini-figures depicting the characters of Luke and Rey, who encountered each other for the first time on the Kerry island at the end of Episode 7. 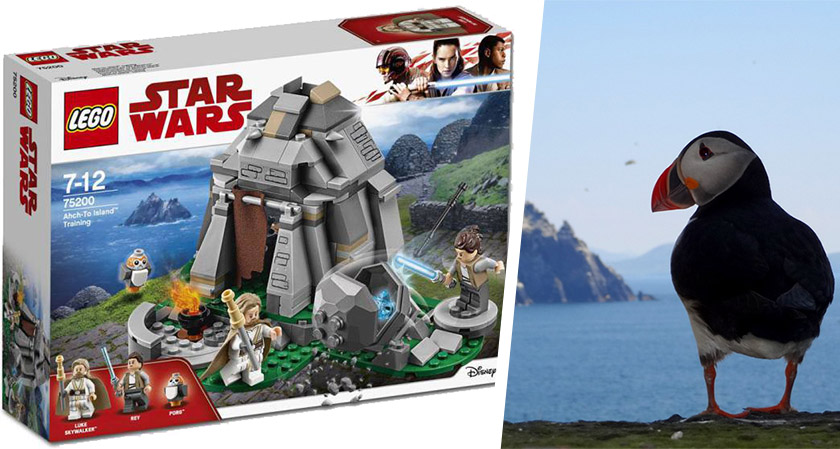 While the entirety of Ahch-To’s scenes in The Force Awakens were shot on Skellig, some scenes for The Last Jedi were filmed elsewhere in Kerry and Donegal due to the strict conservation rules on the historic isle.

Recently released images from the upcoming blockbuster have shown Luke Skywalker training Rey at the top of a cliff on Skellig and even a pair of amphibious ‘caretaker nuns’ inspired by the Irish location’s monastic past.

It’s expected that even more Ahch-To Lego sets will be released after the film comes out, so the Christmas prezzies are sorted for this year at least!

Check out Kerry in all its cinematic glory below...