Liam and Noel Gallagher: Nine times the Oasis brothers took sibling rivalry to the next level

IN A career that's spanned over 20 years, it's no secret the Gallagher brothers haven't always seen eye to eye.

They've called each other various names riddled with expletives and came to a spectacular end in 2009, with Noel saying it was the brothers that ended the band.

"Oasis was great; its strength was me and Liam and that's what drove it into the ground in the end," he said in the Supersonic documentary.

With that in mind, here are nine of the best barbs between the second generation Irish brothers.

When Liam doled out the most Irish insult ever...

The younger Gallagher brother has hurled the 'potato' insult at Noel relentlessly on Twitter, accompanied by a photo of the High Flying Birds singer. When asked by Metro why he calls his brother after the vegetable, Liam replied, "'Cause he looks like one."

When Noel responded to 'Potato'...

Here's what he told the Toronto Star after being berated continuously with Liam's 'potato' tweets.

"If you’re him, what else is there to tweet about? How his spring/summer collections are doing for his clothing firm?

"I’m not sure that warrants a tweet. Should he ever climb out of the 'where are they now?' basket and grant you an interview, ask him.

"I’m sure you’ll get a typically f***ing surreal answer." 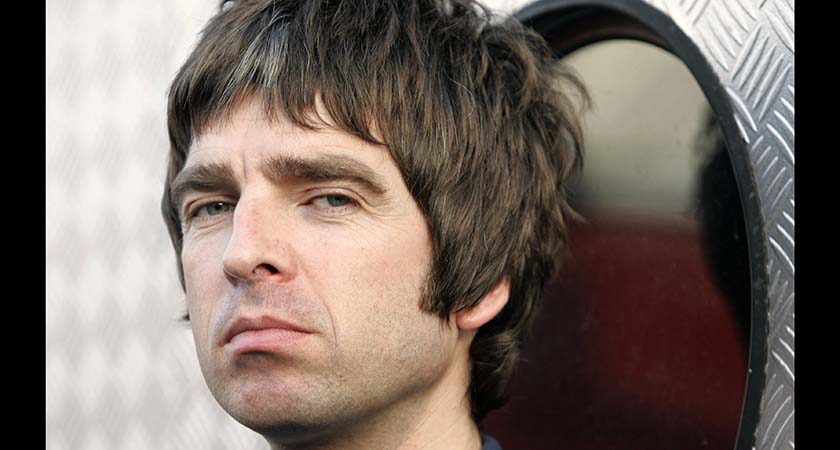 One is not amused (Picture: Bertrand Guay/AFP/Getty Images)

In an interview earlier this year with The Telegraph, Liam said his brother was "the Ronnie Corbett of Rock and Roll" and Noel "dresses like Gary Barlow".

When asked whether or not Oasis will ever reunite, Liam responded, "I’d love to, but obviously – it’s down to Ronnie Corbett, innit.” 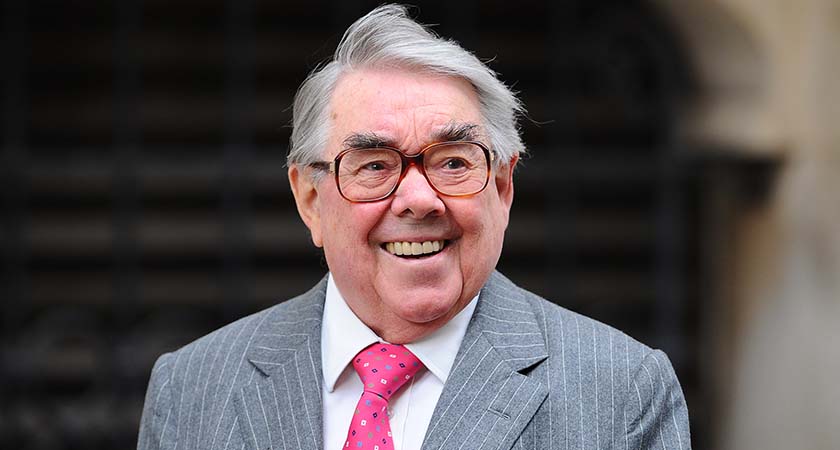 When Noel called Liam a plum...

Speaking at a press conference for the launch of his solo career in 2011, Noel retold the events that lead to his departure from Oasis in 2009 in Paris.

The band are backstage at Rock-en-Seine and Liam, according to Noel, is "quite violent".

In a flurry of expletives, Liam storms out of the dressing room.

"On the way out, he picked up a plum, and he threw it across the dressing room and it smashed against the wall," Noel says.

"Part of me wishes it did end like that because it would have been a f*cking great headline - 'Plum throws plum and ends f*cking Oasis.'"

Liam thanks everyone in Oasis - except his brother

Oasis were awarded the best Brits Album of 30 Years at the 2010 Brit Awards.

During his acceptance speech he thanked all members of Oasis - with one notable exception.

"Listen kids, I wanna thank Bonehead, Guigs [bassist Paul McGuigan], Alan White and the best f*cking fans in the world," he said before firing both the microphone and the award into the audience.

'A man with a fork in a world full of soup'

In a 2009 interview with Q Magazine, Noel let rip at his brother. 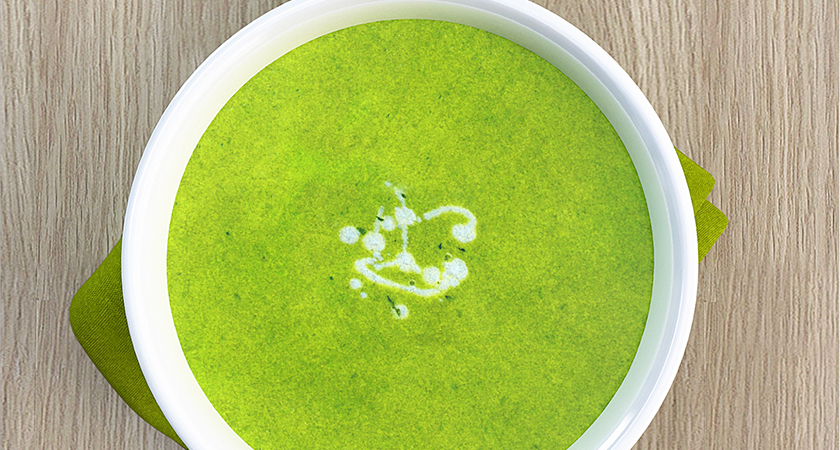 Not a fan of soup (Picture: iStock)

'I don't know who the guy in the interviews is' 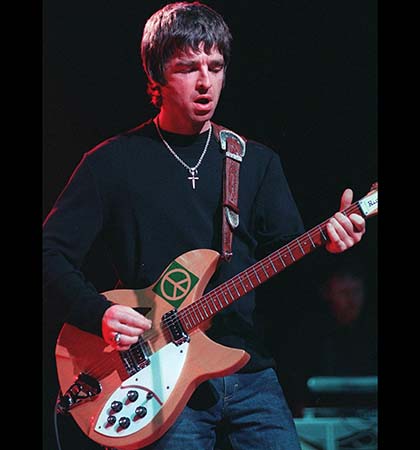 Noel told Australian press in 2008 that he doesn't recognise his younger brother when he does interviews.

"He seems really cool, because the guy I’ve been in a band with for the last 18 years is a f*cking knobhead," he said.

'He threw his tambourine on the floor like a woman'

In 2002, Liam stormed off stage in Japan citing vocal problems and Noel said he had been whinging about his monitors the whole way through that tour.

"I said to him 'Are you gonna f*cking shut up for the rest of the f*cking year, or are you gonna carry on moaning you moaning b*stard?'

He looked at me really weirdly and threw his tambourine on the floor like a woman, then walked off." 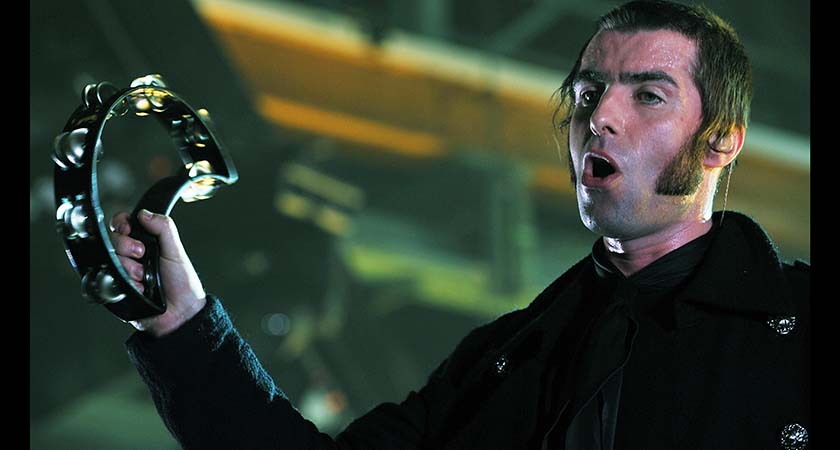 In 1994, the brothers were meant to be interviewed by NME's John Harris but instead they descended into the now infamous 'Wibling Rivalry' argument about what rock and roll is.

Prior to the interview and in the rely days of Oasis, Liam Gallagher has been deported from Amsterdam for being drunk and disorderly on a ferry.

The interview can be heard here and here, but here's one of the finer squabbles between the pair.

Noel: "If you're proud about getting thrown off ferries, then why don't you go and support West Ham and get the f*ck out of my band and go and be a football hooligan, right?

Liam: "You're only gutted ‘cause you was in bed f*ckin' reading your f*ckin' books." 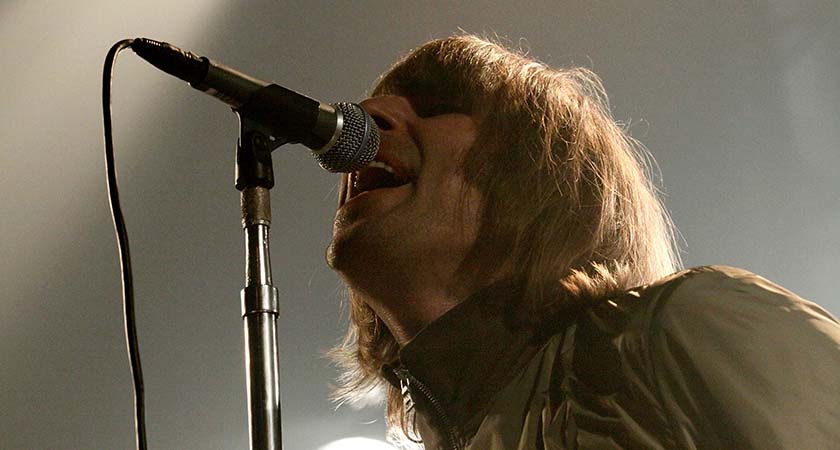 At the premier this week for the Supersonic documentary, Liam was less than impressed that Noel didn't show up.

"He's probably in one of his really big houses," he said, "eating tofu, while having a f*cking face peel.

"Ain't that right man of the people?"

And if that's not enough Oasis nostalgia for you, you can check out the trailer for the band's new documentary here...