Live Review: T in the Park

T in the Park,
Strathallan Castle, Perthshire, Scotland
★★★★ (out of 5)

Undoubtedly the band of the moment are Jungle and while they dominate the zeitgeist, astonishingly in this era of knowing everything about everyone they retain a strong element of mystery.

On stage they have the collective feel of Happy Mondays or Funkadelic spliced with The Sugarhill Gang complete with a mini break-dancer.

On the likes of Julia and Busy Earning they transformed this crammed tent into a sweaty night club playing a large slab of their self titled debut.

Continuing with the Saturday night feel was St Vincent who brought an edgy twist to the King Tuts venue while playing with the conventions of pop.

Visually it's unusual to see two edgy and choreographed women fronting a show at the tip of the stage but it undoubtedly suited the mood of cuts such as Digital Witness  and Bring Me Your Loves.

There were moments you forgot you were at a festival watching this eccentric and entrancing performance which was part science fiction movie, part theatre with bits of Bowie and Talking Heads thrown in for good measure. 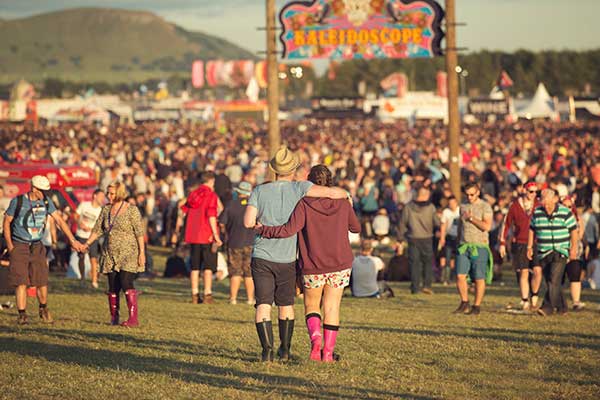 Walking  from King Tuts to the main stage there was an uncomfortable crush in the mud between fans travelling to catch sets by The Proclaimers and a rain sodden performance from The Libertines.

Can't Stand Me Now was an early highlight which saw Pete Doherty toss his harmonica into the crowd, it was heartening to see him looking so healthy and together. On this form the sons of Albion really do look like contenders.

While there was a positive response for new material such as Fame And Fortune it was the likes of What Katie Did and Don't Look Back Into The Sun that stole the show. The Libertines now really do look like a band you could take anywhere.

On Sunday Kodaline walked on stage to cheers and Irish tricolours in the early evening sunlight. The Dublin four-piece engineered a mass sing along on the likes of Ready and High Hopes.

Steve Garrigan hollered like Bono and hunched over his keyboard Chris Martin style as his silver cross drooped and sparkled in the sun. One reveller remarked on his similarity to Celtic player Gary Mackay-Steven and there was a clear rapport with the Scottish crowd.

Their set was a calming and soulful respite from some of the festival's more manic moments particularly during Love Will Set You Free. A triumphant set. 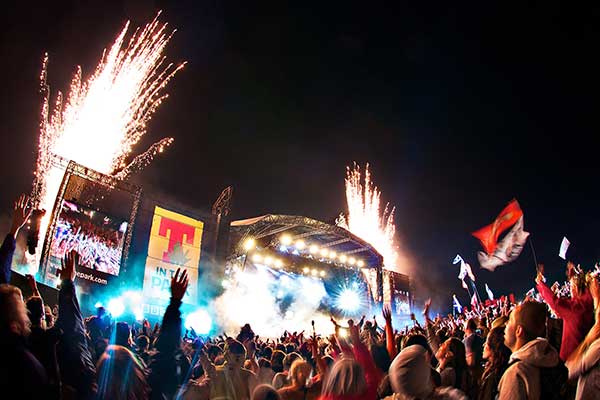 Before his second song Noel Gallagher's face offers a look of "I know what I'm doing", he grins, pouts and launches into Everybody's On The Run. It's an apocalyptic masterpiece, as the song swells and builds you fully expect to hear the voice of a War of the Worlds era Richard Burton to further accentuate the already dramatic chorus of the Crouch End Choir.

It's clear that six years on from the demise of Oasis Noel's cape is once again at full throttle. An overdriven Lock All The Doors and the Ennio Morricone influenced In The Heat of the Moment are further high points from his Gold selling album Chasing Yesterday.

The set is dusted with Oasis favourites such as Champagne Supernova and Fade Away but it's his former band's non album Christmas classic Whatever that secures one of biggest reactions of the night from the crowd including members of Dundee favourites The View.

While the festival had its fair share of problems you could always rely on the Irish-Manc to leave revellers in high spirits.