A BLACK American woman who went viral-- and was subsequently abused on social media-- after sharing clips of her Irish dancing has joined Riverdance for their upcoming tour.

Morgan Bullock, a Baffa Academy of Irish Dance member from Richmond, Virginia, went viral in May 2020 after posting a video of herself Irish dancing with her own flair to sites such as TikTok and Twitter.

this remix has no business being this hard 😩😤 pic.twitter.com/JZQh0jvtg5

While the response was largely positive, with people across Ireland and beyond showering the young dancer with praise for her talent, others hurled racial abuse at the African-American woman, some accusing her of cultural appropriation as Irish dancing was not 'hers' to enjoy.

Undaunted, Morgan hit back at the unwarranted criticism with a statement defending her right to perform Irish dancing.

“If you think that a black girl Irish dancing is some form of cultural appropriation, then you clearly don’t know much about Irish dance and what is became over the years. There are Irish dance schools all over the world, including Mexico, China and Africa,” she wrote.

“It has become a very widespread sport in which participants become immersed in the culture, whether or not it is based on ethnicity.

“Irish dance has taken me all over the world. I have been to Ireland multiple times and I was met with so much love and support.”

Her talent, as well as the racist abuse she received and her defiant hitting back at the trolls, was noticed-- including by then-Taoiseach Leo Varadkar, who shared Morgan's fantastic video and even invited her to visit Ireland and dance in the 2021 St. Patrick's Day festival.

Maith thú @Morrghan! Some brilliant moves there. Hope you can dance in Ireland for St Patrick’s Day 2021. We’d love to have you over. https://t.co/5Psqz6s9CG

Of course, this was early days in the pandemic, when we all held on to the belief that while 2020 St Patrick's Day was cancelled, 2021's festivities would be bigger and better than ever, and needless to say, Morgan did not get to dance in Dublin's iconic parade.

But Leo Varadkar was far from the only person of note who appreciated Morgan's skills: the official Riverdance Twitter account.

"[Morgan] you are "rockin" it," they wrote in May 2020. "We heard you on the radio here in Ireland and we are super proud of you. Great dancing and we look forward to your next video."

Now the Riverdance team-- and its audience of thousands-- will get to witness Morgan's dancing in person, as she will join Riverdance for it's hugely anticipated 25th Anniversary tour. 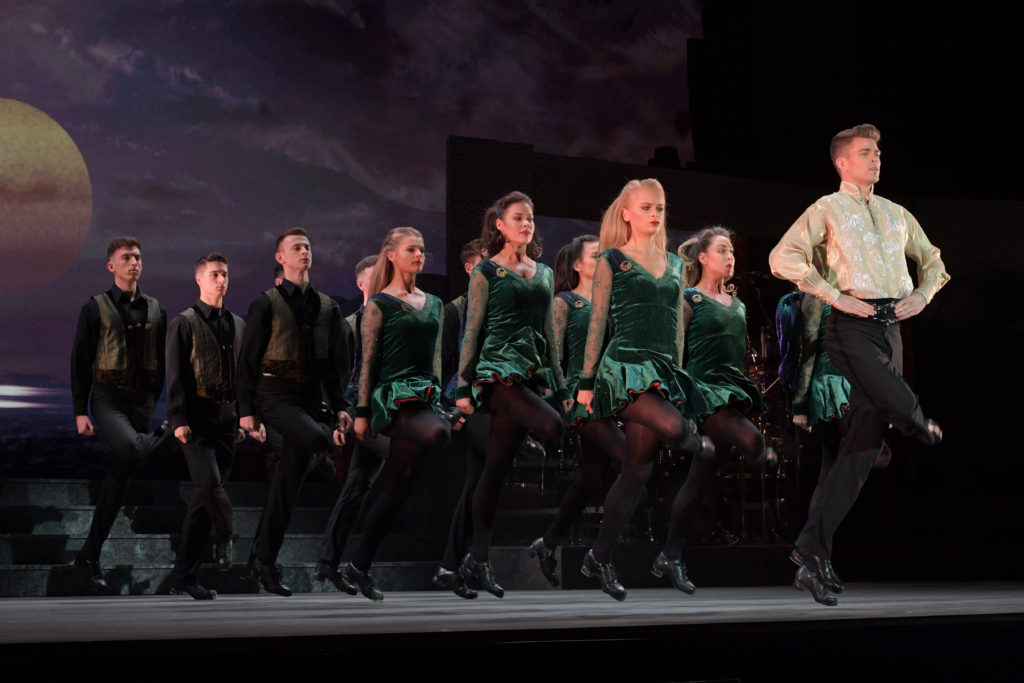 Last week, the talented dancer made the spectacular announcement on Twitter, writing:

"Could not be happier to officially announce that I will be joining the cast of [Riverdance] for the UK tour that is kicking off at the end of this month!!

"We’ll be performing in 27 cities starting in Nottingham and finishing in Brighton. Who already has their ticket??"

Could not be happier to officially announce that I will be joining the cast of @Riverdance for the UK tour that is kicking off at the end of this month!! We’ll be performing in 27 cities starting in Nottingham and finishing in Brighton. Who already has their ticket??

The 21-year-old was inundated with messages of support, many praising her for her achievements and hard work.

"That's fantastic!", Coleen O Hanley wrote. "From that first video I saw, I knew you would become a part of Riverdance-- spectacular!"

The Northumbria Uni Irish Dance Society wrote: "Congratulations! We have our tickets and can't wait to see you perform!"

You can buy your tickets for the upcoming Riverdance 25th Anniversary Tour, and watch Morgan and the rest of the unbelievably talented team's skills live, on the official website here.