Ryan Tracey launched an attempt to break the Guinness World Record for balloon modelling while blindfolded on Britain's Got Talent. (Picture: ITV/YouTube)

A NORTHERN Irish man has broken the Guinness World Record for creating five balloon models while blindfolded on Britain's Got Talent.

Ryan Tracey, 35, from Omagh in Co. Tyrone launched an attempt to break the record for making five balloon models in under 63.6 seconds on Saturday's episode of the talent programme.

The record had been previously held by an Australian for the last seven years. 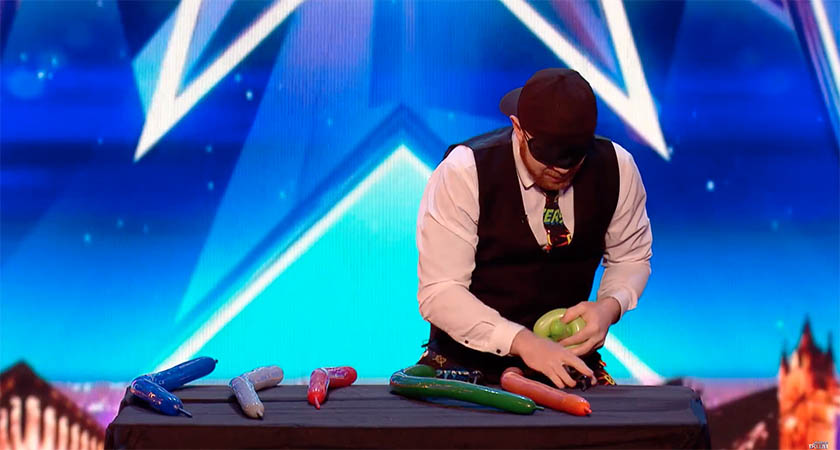 Ryan, a performance improvement officer for local Government, told the judges he would be attempting the world record blindfolded, and had brought along a Guinness World Record adjudicator to ensure the record had been assessed correctly.

"He has to do a dog, a sword, a flower, a snail, and a caterpillar," the adjudicator explained. "If the designs he does during the attempt do not match the pre-approved designs, I will have to disqualify it."

After a good luck message from the judges, the Tyrone native started the attempt, but his slow start worried the judges.

"I don't think he's going to do it," judge Amanda Holden said.

However, with two seconds to spare, the adjudicator confirmed that not only were the designs correct, but Ryan had broken the Guinness World Record. 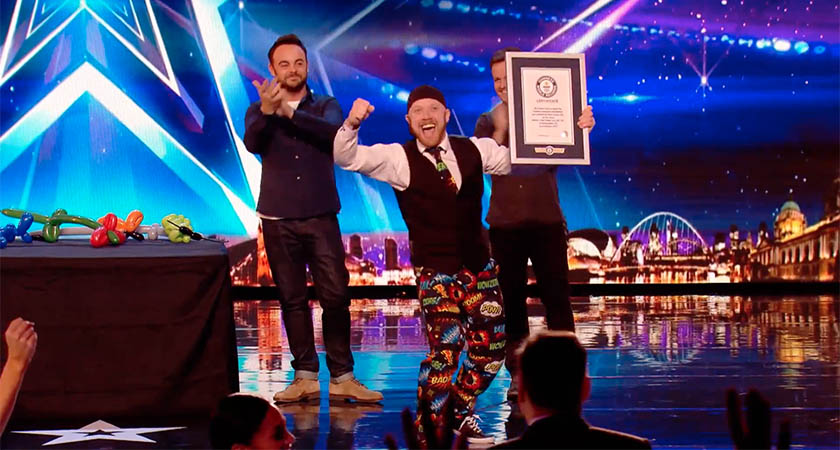 Ryan celebrating after it was confirmed he had broken the Guinness World Record. (Picture: ITV/YouTube)

"I can confirm that the balloons are correct, and it was a valid attempt. The time you set today, was one minute one point three seconds," she confirmed.

Not only did Ryan Tracey break a World Record, but he also got four yeses and is through to the next round.

Coronavirus cases in Ireland per 100,000 people surpasses that of UK

By: Delilah Kealy-Roberts  -  8 hours ago