Mr Adams is renowned for his rather unusual Twitter activity where, unlike his political rivals, he posts about everything from ducks to his teddy bears.

The new book will be his personal selection of his own favourite tweets and will be released on Friday, January 29.

“Gerry Adams' tweets have been described as bizarre, weird and as part of a clever strategy,” the product description reads on Sinn Féin’s bookshop website.

“This compact book is a compilation of tweets selected by the man himself.”

His previous publications include his 1996 autobiography and several books on Irish history, so My Little Book of Tweets is a departure from his usual writing style.

The book will retail for £6.84 and will be available on sinnfeinbookshop.com.

It will also include a selection of selfies.

The cover of My Little Book of Tweets features a selfie of Mr Adams and a goat. 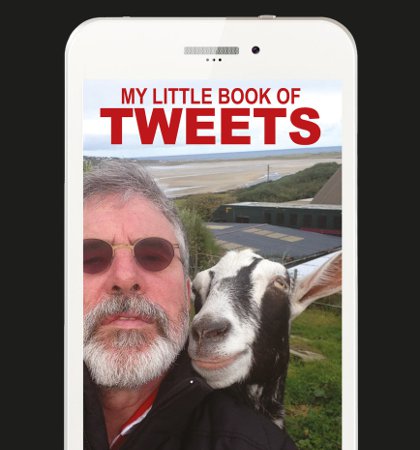 The book will be released this week.