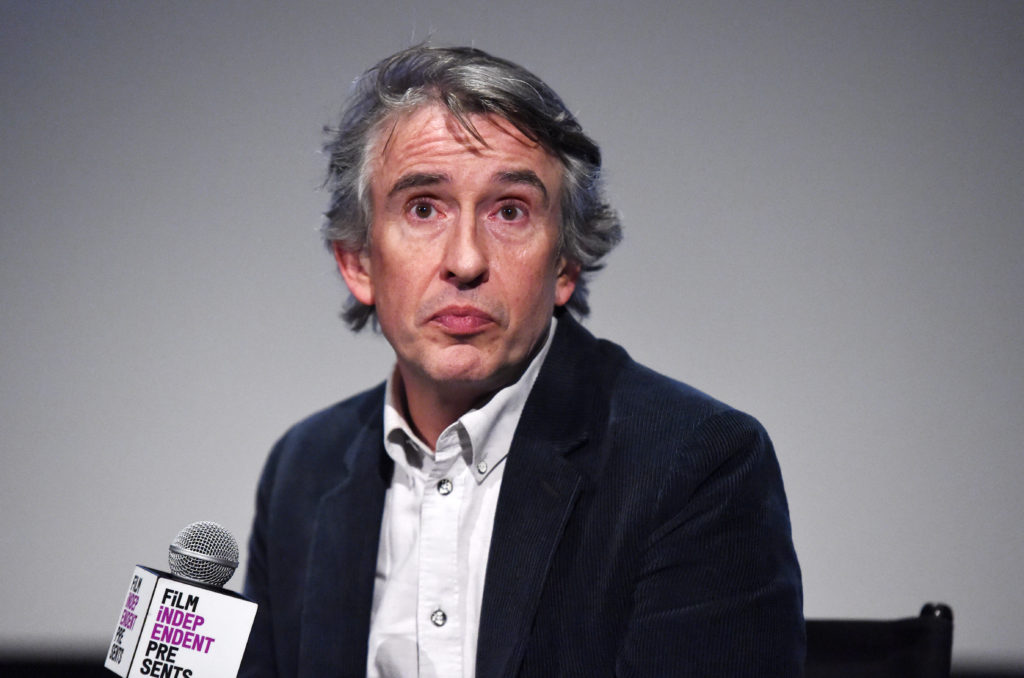 STEVE Coogan has declared that he is “a product of my Catholic upbringing, my Irish roots, my lower-middle-class background”.

Steve Coogan  made a triumphant return to the stage in Dublin as his brand new live show Stratagem With Alan Partridge was performed in front of a capacity 3 Arena crowd. As per the initial press release promoting this tour states: "in a time of discord and disease, Alan is touring with a message of hope with a live stage show that promises to inform, educate and entertain in approximately equal measure."

This is the first time that Coogan's most famous character Alan Partridge has been seen live on stage since the 2008 show 'Alan Partridge and Other Less Successful Characters'. This time, however, all the performance revolves around Partridge as a motivational speaker / life coach who is sharing tips on how to improve our lives with his life management system called Stratagem.
The show opens with Partridge singing his own unique version of Starship's We Built This City and telling us that the show is sponsored by BET365 and P&O Ferries.

Throughout Partridge is wonderfully aided on stage by appearances from the very talented Emma Sidi and a group of backing dancers and singers.
During the first act, Partridge, aided by the magic of theatre as he reminds us often, gets to go back in time and meet his 11-year-old young self while also looking into the future and seeing what the year 2065 has in store for him – and it's not off to a good start as his version of a nightmare, the pedestrianisation of Norwich city centre, is now a reality.

The second act opens with Partridge on stage, brilliantly disguised inside a leather chair. The highlight of this part, and all, of the show for many will have been the return of Co. Sligo's Martin Brennan.

Brennan, also played by Coogan, first appeared on his 2019 BBC show This Time With Alan Partridge. Brennan is portrayed as an Irish farmer who performed Irish republican songs: Come Out, Ye Black and Tans and The Men Behind the Wire in the show in a scene which, at the time, RTÉ called the television moment of the year.
Here Brennan appears by way of a video call on the big screen, which is used hilariously all night, as Partridge tries to make him a peace offering. d
Partridge's long suffering assistant Lynn Benfield (Felicity Montagu) is also seen throughout the show, with her first showing on screen receiving a great reception from the audience.

Among the crowd were Dublin comedian Jason Byrne and RTÈ presenter Ryan Tubridy, who, like everyone else in the arena, gave Coogan and his performers a fully deserved standing ovation at the end of an excellent show.

Stratagem is now touring the UK

Alan Partridge is appearing at the Manchester Arena this week (May 13-14), the Opera House, Blackpool, May 17, and Plymouth Pavilions, May 18.