Ten minutes with… Anthony Furey of The Young Folk

Anthony is the son of George Furey, of legendary Irish folk band The Furey Brothers. Tipped as challengers to the likes of Fleet Foxes and Mumford and Sons, the younger Furey’s alt-folk band The Young Folk released their debut album, The Little Battle, in September.

I still have a 9-5 so I am in work on my lunch looking up some songs to do over the Christmas period, as we have a few shows coming up in December.

My parents. They were both the hardest working people I have ever met when me and my brothers and sisters were growing up.

The whole album Heartbreaker by Ryan Adams. It twists and turns and pulls at my heartstrings every time I listen to it.

Co. Kerry. It’s a gorgeous county and anyone that has not been must go. 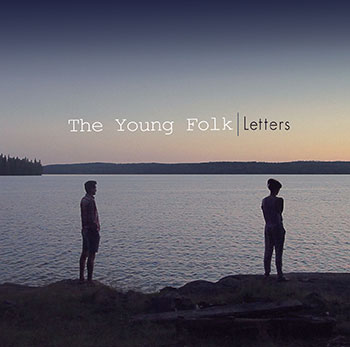 When people say: “Why are you angry?”

Why I Write by George Orwell, and Death in the Woods & Other Stories by Sherwood Anderson.

Messing up one of my own songs on live television.

Derek Cullen [adventurer and blogger], who writes on nohangingaround.com

My coffee addiction or my compulsive buying. Sometimes I’ll see something I don’t need and buy it anyway. Then it gathers dust in a corner until I can sell it.

A bit of mayonnaise can go a long way.

Anything with Bill Murray. Should I have to explain why?

There are no accidents and don’t limit yourself… you can go as far as you want to go.

For never carrying cash! I dislike having change in my pocket because I’ll spend it on something that I don’t need.

Where do you live and what are the best and worst things about it?

I live in the heart of Dublin City Centre. The best and worst thing would be the karaoke that happens every Sunday night across the road from my house, a lot of inner city people giving it all they’ve got.

To get yourself out of trouble and not get arrested!

Electronics — some sort of effects unit or midi key controller, or something that will make unusual noises or take an unusual picture.