The Late Late Show at 60

IN 1993, American woman Annie Murphy revealed details of her affair with the Bishop of Galway, Eamonn Casey live on Irish television. The interview, whose shock value could have been measured on the Richter Scale, took place on The Late Late Show; the interviewer was Gay Byrne.

Ms Murphy proceeded to describe Bishop Casey and his behaviour in less than glowing terms. She spoke about the affair with the bishop, revealing that she’d had a son to him. 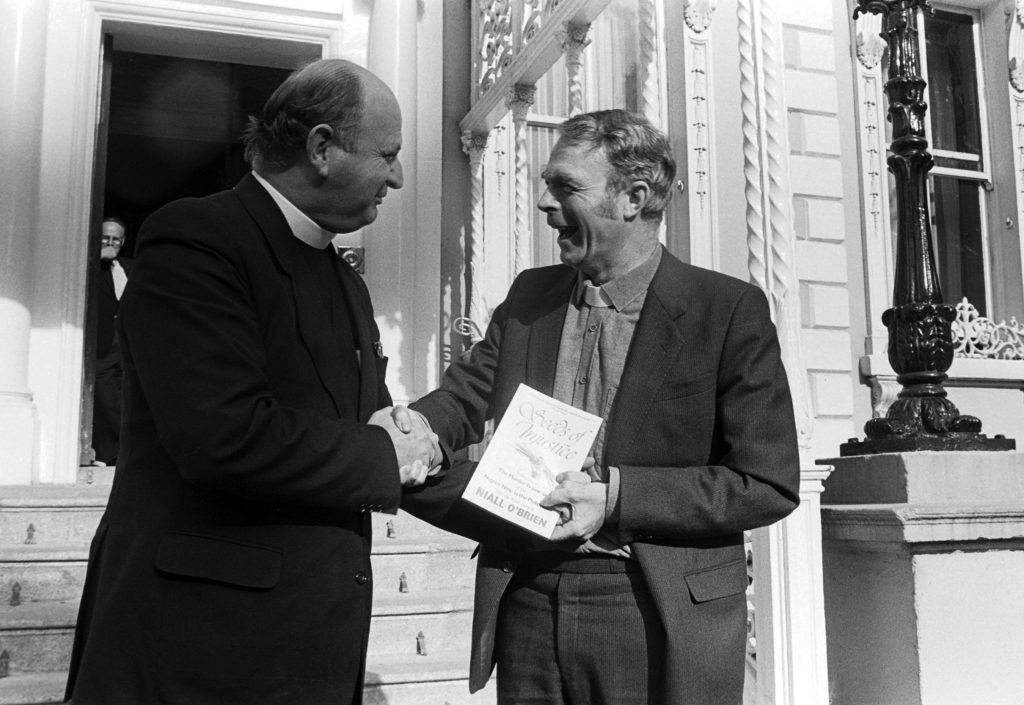 The obviously disapproving Byrne famously concluded the interview with the words, "If your son is half as good a man as his father, he won't be doing too badly." To which Annie Murphy replied: "Well, Mr Byrne, I'm not half bad myself."

Those 15 minutes on Irish television were a pivotal moment in Ireland’s relationship with the Catholic Church. Many saw it as a watershed moment when Irish people began to turn their backs on an organisation which had controlled their lives for generations — and in a way that happened in few other Catholic countries. 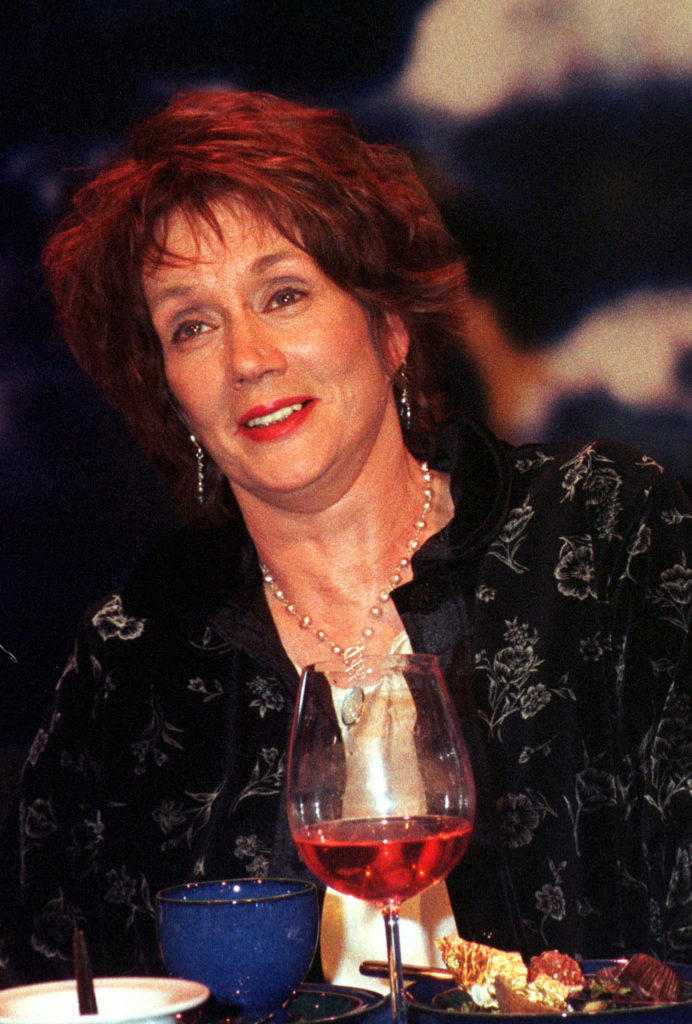 It was exchanges like these that made The Late Late Show (TLLS) unmissable appointment TV for a large tranche of the Irish population.

The programme was first broadcast exactly sixty years ago on Friday, July 6, 1962, and is the world's second longest-running talk show. Yet it started out as a filler, Originally scheduled as an eight-week summer piece of fluff, plans changed when it became clear to RTÉ the show had touched some chord with the Irish people.

From 1962 until 1999 it was anchored by Gay Byrne. His act — a skilful blend of Oirish kitsch, homespun good-nature and exquisitely shrewd interviewing— transformed TLLS into a show that became internationally respected, and indeed copied. His interviewing technique was rarely confrontational, although occasionally patronising — as with Annie Murphy. But Byrne was excellent at his job, and unlike many interlocutors today, he created much more light than heat.

TLLS was screened at 9.30pm, so it was hardly late – never mind late late, by today’s standards. No matter, it kept a nation enthralled at a time when pubs used to close at 10 pm.

The Friday night programme became a focus for controversial topics. Aside from the influence of the Catholic Church, contraception, gay rights, abortion, divorce, and several other hitherto taboo subjects were aired — TLLS and its host played more than a peripheral role in shaping the modern Ireland that began emerging in the 1960s. Indeed it is an often repeated observation that “there was no sex in the country until The Late Late Show”; this, needless to say, was not met with approval in all quarters.

Another Galway bishop, this time the man in charge of forgiving sins in Clonfert, Bishop Thomas Ryan, called Byrne “a purveyor of filth" after he asked a woman what colour of nightie she wore on her wedding night. She replied that she'd worn nothing.

In fact, Byrne was a fairly devout Catholic, although he did much to change perceptions of the Catholic hierarchy. 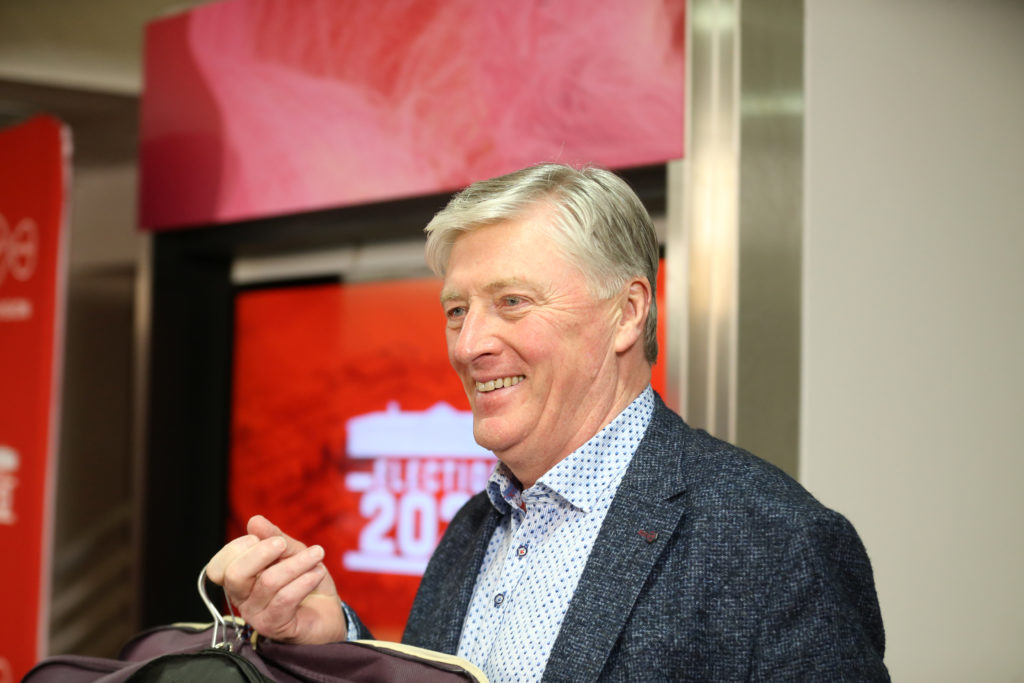 When Byrne left in 1999, the favourites to take over were Patrick Kielty, Marion Finucane, Gerry Ryan or Gerry Kelly.

However, RTÉ gave the show to Pat Kenny. He was probably the most academic and well-informed of those who were lining up for the job. With a degree in chemical engineering, he had also worked as a lecturer and journalist. But his interviewing and presenting style wasn’t, and indeed isn’t, to everyone’s taste — he can appear wooden, and has been accused of asking guests questions that are gauche or glib.

In 2009, Kenny announced live on air, without warning, his intention to stand down.

He was replaced by Ryan Tubridy, once described as “South Dublin on a stick”. He presented his first programme in September 2009. Guests included Brian Cowen, Saoirse Ronan, Brian McFadden, Joan Collins, Cherie Blair, and Niall Quinn. With an overall audience share of 62 per cent, it was the most watched since Gay Byrne's retirement in May 1999. This promising start would not last, however; audience ratings had declined by Tubridy's sixth season.

While hosting The Late Late Show, Tubridy has often clashed with his guests, including Gordon Ramsay, who criticised — not Tubridy’s interviewing style, but the size of his ears.

But another criticism aimed at Tubridy is that he’s too easy on guests — mainly because they’re hawking around their latest merchandise, be it a book, album or film.

A former director of television at RTÉ, Helen O'Rahilly, said of current iteration of The Late Late Show: "If I was back in charge of RTÉ, you wouldn't see this utter shite on Friday night.”

Gay Byrne - his life and career

Byrne briefly worked in Britain with Granada Television, becoming the first person to introduce The Beatles on screen. But it was through TLLS that he became a household name. Although regularly called Uncle Gaybo, he was probably never regarded with universal affection in the way, for example, Terry Wogan was in Britain. Gaybo always attracted many more detractors.

It was in 2011 that perhaps even Gay Byrne realised that not everyone loved him. Fianna Fáil leader, Micheál Martin, invited his application to stand in the election for President of Ireland. For a while it seemed that the former TV host expected to be swept into the Áras by a grateful Irish nation. Instead, he came under immediate media scrutiny – and decided the cut and thrust of politics was not for him.

At the time, the redoubtable puppet Dustin the Turkey perfectly evoked a vision of what the presidency might have looked like had it been President Byrne. His diplomatic skills might have been brought under the microscope. On meeting the German Chancellor Angela Merkel, Dustin imagined Gaybo employing that arch, self-important, condescending tone, saying “Good girl, good girl! And what does your husband work at?”

Frank Hall, from Newry in Co. Down, would have made a fine subject himself for interview on the show.

He presented the show in 1964 when Gay Byrne took a short sabbatical. Had he been any good at the job, Gay Byrne might not have returned; but in fact Frank was rather poor as an interviewer, and Byrne came back to replace him.

Nonetheless success in other fields didn’t elude him and in In 1978, Hall was appointed Ireland's national film censor. During his regime he was known for the strict application of Irish censorship and his defence of family values. Films banned by his office included Monty Python's Life of Brian, which he described as "offensive to Christians and to Jews as well, because it made them appear a terrible load of gobshites".

Despite his espousal of family values, he had a long affair with an RTÉ colleague, Frankie Byrne, no relation to Gay. Hall died in 1995, but he was not forgotten. In 2006 RTÉ screened Dear Frankie which gave details of the affair.

Aside from the Annie Murphy interview which more or less finished Bishop Eamon Casey’s career, Gay Byrne’s exquisitely effective interviewing technique put paid to two other high profile careers, one who derived it and one who possibly didn’t.

An interview Gay Byrne gave in 1999 with former EU commissioner Pádraig Flynn had ramifications that are arguably still being felt today.

Byrne encouraged Flynn to disclose what his salary as a European Union Commissioner was. But, at Byrne’s prodding, he began bemoaning that he had the expense of maintaining three houses, cars, and housekeepers and regular travel. This eccentric performance went down very badly with the populace at large.

But the interview had a very deep, incisive segment.

Byrne asked Flynn if he knew of Tom Gilmartin, a pivotal figure into the public inquiry called officially “The Tribunal of Inquiry into Certain Planning Matters and Payments”. Usually referred to as the Mahon Tribunal, it was in effect, an investigation into allegations of corrupt payments to politicians regarding political decisions.

On the TLLS Flynn appeared to impugn Gilmartin's emotional stability, indeed his credibility as a witness. Unknown to Flynn, Gilmartin was watching the show on Tara Television at his home in Luton. This galvanised Gilmartin to turn whistleblower.

Flynn was cited in the tribunal. On March 26, 2012, facing expulsion following the Mahon Tribunal, Flynn resigned in disgrace from Fianna Fáil before he could be ousted.

Peter Brooke was the first Northern Ireland secretary of state to boast any Irish connections. He liked to point out that his ancestor, the poet Caroline Brooke, was the first to use the term Fenian (not in a derogatory sense) in the English language.

Brooke was widely seen as not hindering the peace process, and might have done more but had he not badly misjudged his appearance on TLLS. On the day in 1992 when eight Protestant workmen were killed by a bomb in Tyrone, Brooke was Byrne’s guest. It’s hard to know know what possessed him, but after some gentle cajoling the Northern Secretary launched into Oh My Darling Clementine. Egged on by Gay he sang of his darling being "lost and gone forever." This, on the day of a mass killing. The unionists never forgave Brooke. It was bad enough appearing on the airwaves in the Republic in the first place, and by the end of the year he was gone.