The Quiet Girl: how a bilingual childhood led to a breakout Irish language film

Colm Bairéad, writer/director of The Quiet Girl, and Catherine Clinch as Cáit in the film.

THE QUIET Girl was met with instant acclaim and recognition when it premiered at the Berlin International Film Festival in February, winning the grand prix of the Generation Kplus International Jury. It has since gone on to play at the Dublin International Film Festival and won seven awards at the Irish Film and Television Awards in March. Here, the film's writer/director Colm Bairéad and producer Cleona Ní Chrualaoi speak to The Irish Post about the film's success, the story behind its creation and the future of Irish language entertainment ahead of its UK release.

The Irish language can be said to be going through some sort of revival. Whether it's on our screens or in our music, the language is becoming more and more accessible and intertwined with our day-to-day lives.

While this may be a new phenomenon for the majority of people, for some it has been ingrained in their lives since they were a child. Colm Bairéad, the writer and director of Irish language film The Quiet Girl (or An Cailín Ciúin) is one such person. Despite growing up in Donaghmede in Dublin, his father brought the language into the family home to create what Colm describes as a "bilingual childhood."

"My dad spoke Irish to us all the time and my mam spoke English so the two languages just co-existed," he says. "I think my mam came to understand all the Irish, so it's not like there was any barrier there. It was just a natural thing for us.

"As you get a little older you begin to notice that you're a little different and that no other family around you is speaking Irish. I remember being in the shopping centre and our dad would be calling out to us in Irish and you'd nearly be pretending that he's not your father! As time goes by though you come to realise that it was a gift to be given another language, and especially your native language. It's something I'm very grateful to my dad for."

While his father instilled the love of the Irish language early on, he is also credited as being somewhat of a curator of the films and TV that Colm consumed as a child.

"Our TV broke one year when we were quite young, and my brother and I used to fight a lot about what to watch so our parents were actually happy when it broke and didn't buy us a TV! Then when Ireland qualified for Italia 90 there was this pressure to have a TV for it, so dad bought a VCR machine with it and that became my gateway into properly engaging with film.

"Dad was still a bit suspicious of the television so he tried to curate our exposure to film and sort of started my film education with silent films and musicals. There was a real lovely mix, and I think that's where my love for it came from."

Colm says he has a vivid memory of the night TG4 launched in 1996, which creates a full-circle moment now that his feature film debut The Quiet Girl is financed by the Cine4 - a joint initiative between Screen Ireland, TG4 and the Broadcasting Authority of Ireland.

Set in 1981, the story follows a young girl by the name of Cáit who is sent away from her overcrowded dysfunctional family to live with her mother's distant cousins for the summer in Waterford. There, she blossoms in their care, but soon comes to discover a painful truth.

Adapted from Irish author Claire Keegan's novella 'Foster', Colm describes how he was "blown away" when he first read it:

"Keegan's voice in it is just extraordinary and it's all through this young girl's experience," he said. "It felt inherently adaptable to film."

Colm then introduced the work to Cleona Ní Chrualaoi, the film's producer, who read it on a hot summer's day in the garden.

"We then enquired about the rights and surprisingly they were still available," Cleona said. "We could't believe that. We heard then later that someone else had looked for the rights but we got there first, so it could have easily been an English language film."

While this is that pair's first feature film, they had worked together on several documentary and docudrama productions, such as 2018's Murdair Mhám Trasna (The Maamtrasna Murders) and The Joy, which aired on TV3 in 2015 and followed the lives of prisoners and prison officers in Mountjoy prison in Dublin.

Colm and Cleona set up their production company Inscéal in 2012, as a vehicle for passion projects that they could shepherd through themselves. Their documentary work had dramatic reconstruction elements to them that naturally led to the move into drama.

In 2018 they submitted the idea for The Quiet Girl to Cine4, and received the positive news in May 2019. Soon after the daunting task of finding the perfect star to play Cáit began.

"We originally started looking in Munster because the story is set in the Gaeltacht in Waterford so we looked for a girl with Munster Irish," Cleona says. "We did lots of physical auditions and saw hundreds of young girls before we decided to extend our search to other counties.

"We were just about to do a full week of in-person auditions when Covid hit and we had to cancel them all. Thankfully we had all the contacts of the parents and we asked them to send in self-tapes and then got in contact with all the Gaelscoils to do the same." 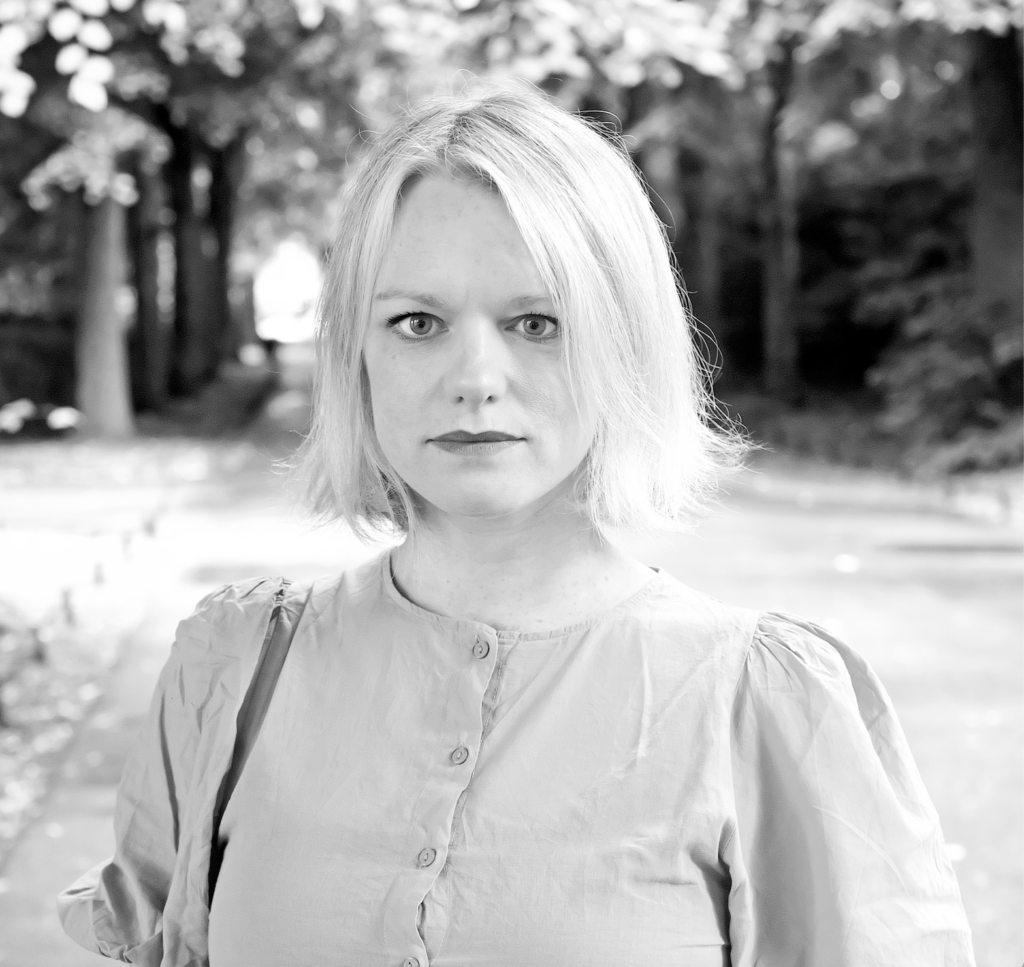 The girl who went on to get the role, Catherine Clinch, was one of those girls.

"There was such a sense of relief that we had found somebody that we felt could bear the weight of the film on her shoulders," Cleona says. "Even for an adult actor to be in every scene is highly unusual because there would normally be some kind of break."

Working with a child actor brought with it logistical challenges, with shooting days often revolving around Catherine's schedule.

"There are certain laws around how many hours you can work with a child actor," Colm says. "A shooting day is ten hours long so we would often try schedule a bigger scene where Carrie Crowley and Andrew Bennett would often have to act their angle without Catherine being there.

"We did have a double that could stand in, but they (Carrie and Andrew) decided that they wanted to remember Catherine's performance and that it was enough for them to work off of. It was extraordinary."

The film was the first Irish language film to appear at the Berlin International Film Festival, with everyone involved feeling honoured to have even been selected, let alone winning an award and a special mention from the children's jury.

"The experience of going over there was great even though Covid was pretty bad at the time in Germany," Cleona says. "It was half capacity at the screenings, but the auditorium was a 1,000 seater so we still had 500 people in there. It was a magical experience with the way they treat the filmmakers and the respect they have for the film. You really feel that there is a prestige to it all when you go there with the red carpet."

While Catherine had hoped to appear at the festival, she unfortunately spent the festival isolating in her room following a positive Covid-19 test. However, this was rectified with an appearance at the Dublin International Film Festival and an appearance on the Late Late Show on RTÉ One.

At the IFTAs, the film won the Best Film Award, while Colm won both the Best Director and Rising Star awards. Catherine won the award for Best Actress, and the film also picked up awards in cinematography, editing, production design and original music, in what can only be described as a watershed moment for Irish language film. The Quiet Girl is also the first Irish language film to get a general release in the UK.

Colm says he believes there is an increased willingness to engage with the Irish language from the general public.

"There is certainly something happening in terms of the quality of films that are coming out of the Cine4 scheme," he continues. "Part of it could be that there has always been a hidden talent pool amongst Irish speaking filmmakers that just never had the opportunity to craft stories at this level, but I think there is possibly a shift happening in terms of the appreciation of the language and how that ties into our identity.

"That's something that I'm still probing myself as to why its happening. Is it something to do with a younger generation that is more open and culturally sensitive? Are we trying to re-appraise ourselves as a society, whether that comes in the wave after something like the recession or the pandemic? Do people start to return or look inward and ask 'who are we and what do we stand for?'

"The language is certainly something that could be attached to that process. I think winning at Berlin made a difference and people feel a real sense of national pride when they see anything Irish doing well, so it being in our national language adds another layer to that." 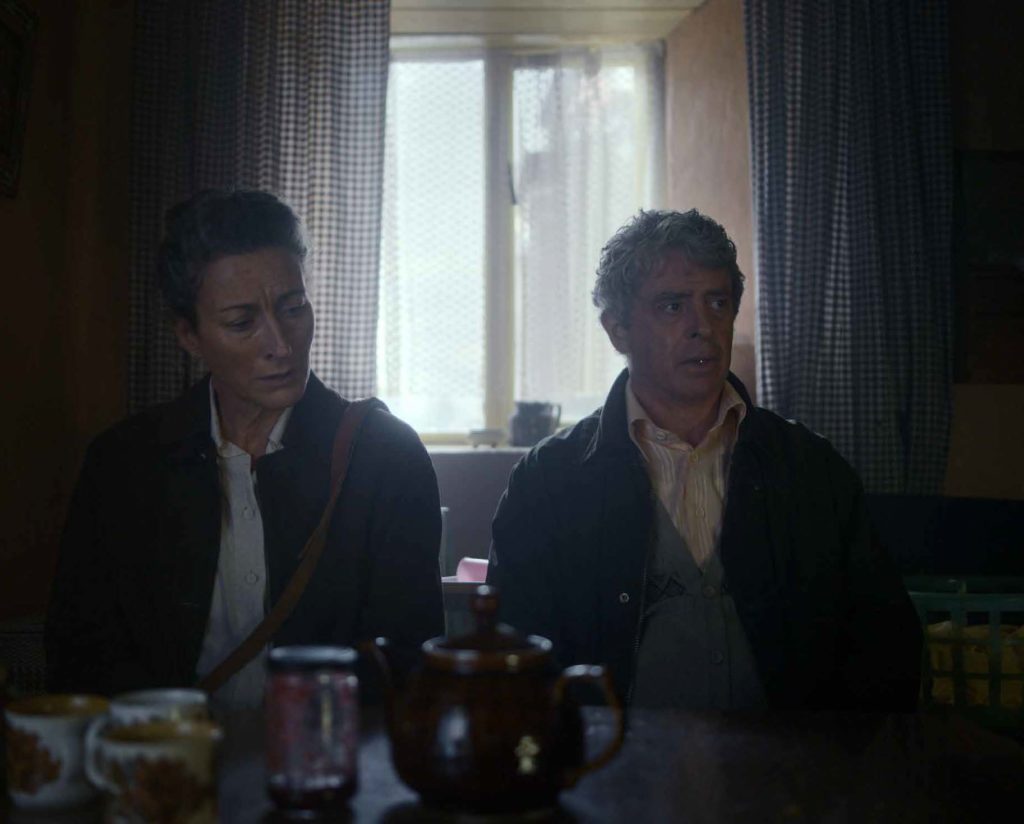 Carrie Crowley and Andrew Bennett in The Quiet Girl.

He credits Cine4 with helping to draw out that talent and recognition:

"It's an indication of the confidence level amongst filmmakers who work in the Irish language. TG4 is 26 years old and it feels like it's been growing in confidence and we've reached the point now where they're now commissioning and producing feature films that are actually going far beyond the original remit of the station.

"They are now international cultural works that are travelling the world and connecting with audiences far beyond the traditional TG4 audience."

Next up for Colm and Cleona is an English language feature film set in Ireland that they will begin working on following the release of The Quiet Girl.

The Quiet Girl is being released on Friday 13 May by Curzon cinemas, and on 12 May in Ireland. It can also be viewed in the following cinemas across the UK: