10 country artists that everyone should hear before they die

Here are his picks of the 10 seminal country artists that everyone should hear.

The country singer dubbed The Hillbilly Shakespeare, Hank Williams remains the single most formidable presence in country music — an artist whose slim body of work is enough to ensure both his greatness as well as no small degree of myth and mystery.

Williams’ songs, ranging from spiritual discovery (I Saw The Light) to vivid depictions of heartbreak (I Can’t Help It If I’m Still in Love With You, Your Cheatin’ Heart) struck a chord with those who tuned into WSFA radio and watched Williams’ televised performances at the Grand Ole Opry.

More so, however, Williams remains the single most namechecked influence on American songwriters: there is no songwriter in this list who, either directly or indirectly, hasn’t felt the influence of Hank WIlliams.

As recently as 2011, Sony issued The Lost Notebooks of Hank Williams, a project overseen by Bob Dylan, in which Dylan, Lucinda William, Jack White, Gillian Welch, Norah Jones, Merle Haggard and Sheryl Crow all put music to unfinished lyrics that were found in the backseat of the Cadillac when Hank Williams died on New Year’s Day, 1953, while being driven to a show in Ohio.

Williams’ brilliance as a singer- songwriter, threatened at times by alcoholism, severe back pains and marriage problems, was effortless.

One day, after having been fired from the Grand Ole Opry for being unreliable and intoxicated while on stage, Williams wrote I Can’t Help It If I’m Still in Love With You at the Acuff-Rose building in Nashville, while Fred Rose walked out to get a cup of coffee.

When Rose returned, Williams played the song to a stunned Rose. Williams, it seems, had that effect on all of us.

Steve Earle once boldly claimed: “Townes Van Zandt is the best songwriter in the whole world and I’ll stand on Bob Dylan’s coffee table in my cowboy boots and say that.” Dylan himself seems to have found clout in the claim and went as far as covering Van Zandt’s Pancho and Lefty on tour, which was a hit for many artists including Emmylou Harris, as well as Willie Nelson and Merle Haggard, who recorded a duet of the song in 1982.

Van Zandt wrote country songs that were directly influenced and focused by the folk and blues that he played as a kid. Two of the strongest influences on Van Zandt’s writing were The Times They Are A-Changin’ era Bob Dylan as well as country blues guitarist Lightnin’ Hopkins.

Van Zandt’s songs often reflected his troubled life, which was spent living with addictions to alcohol and heroin as well as having lived with the trauma of surviving electro convulsive shock therapy, which erased memories from his childhood.

Songs such as Nothin’, Waiting Around to Die and Pancho and Lefty chronicled the lives of drifters who, like the characters in the songs of Merle Haggard, lived worn-out lives.

Though Van Zandt passed away on New Year’s Day in 1997, his popularity has increased in recent years with many songwriters such as Norah Jones, Ryan Adams, Conor Oberst, Lucinda Williams and Ray LaMontagne all crediting Van Zandt’s influence. 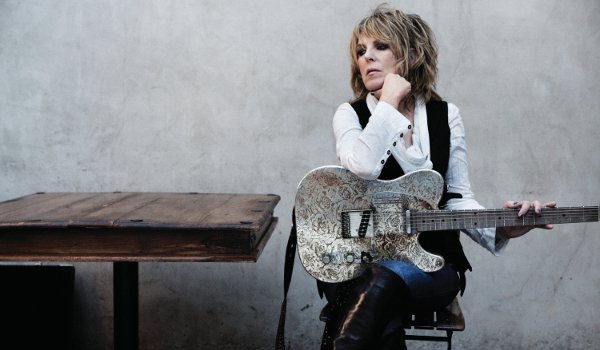 Routinely referred to by Rolling Stone as “America’s greatest songwriter”, Lucinda Williams is what can only be described as maverick. After recording 1979’s Ramblin’ and 1980’s Happy Woman Blues for legendary American roots label Smithsonian Folkways, Williams would spend the next eight years touring the States relentlessly, playing every bar, venue and cafe that she could to ply her trade.

In 1988, Rough Trade issued Williams’ self-titled major label debut, which would spawn hits such as Passionate Kisses, I Just Wanted to See You So Bad and Changed The Locks.

Remarkably, Williams’ breakthrough record and her stone-cold classic album would not arrive until 1998. Williams’ magnum opus remains Car Wheels On A Gravel Road, a 12-track country album steeped in the influences that first established Williams as an artist of note. The influences of Robert Johnson, The Rolling Stones, The Byrds, The Band, Tom Petty, Bob Dylan and Loretta Lynn can all be traced on Car Wheels On A Gravel Road.

Songs such as Right in Time, Drunken Angel, 2 Kool 2 Be 4-gotten and Greenville all chart the loneliness and desperation faced by characters who fight against struggle on a daily basis.

More recent efforts such as 2007’s West, 2008’s Little Honey and 2011’s Blessed haven’t quite hit the heights of Car Wheels on a Gravel Road, though Williams remains a major talent. Her work is drenched in the blues and folk that inspired Bob Dylan’s generation.

Bob Dylan once claimed that “Prine’s stuff is pure Proustian existentialism. Midwestern mindtrips to the nth degree. And he writes beautiful songs.” Not for the first time, Dylan is bang on the money. In 1971 Illinois native Prine wrote and recorded his brilliant, self-titled debut album, which has been referenced by everyone from Dylan and Springsteen to Ryan Adams and Lucinda Williams as one of the finest singer-songwriter records of the last 50 years.

Prine’s ability to zoom in on the lives of seemingly ordinary American’s is every bit as sharp as that of Merle Haggard and Loretta Lynn.

Sam Stone tells the story a returned Vietnam veteran whose life has been destroyed by heroin (“There’s a hole in Daddy’s arm where all the money goes/Jesus Christ died for nothin’, I suppose”), Hello In There and Angel From Montgomery chart the lives of Americans of an advanced age who feel older than they are, while Far From Me is a bittersweet love song. Prine is that rarest of things: an American songwriter who reminds you of the greats and yet, is completely unique.

In a genre of music brimming with rough and ready men, Loretta Lynn remains one of country music’s most remarkable women, singing songs from a uniquely female perspective. To listeners, Lynn has personified the angry, bored housewife (Don’t Come Home A’ Drinkin’ With Lovin’ On Your Mind), sung about birth control (The Pill), the stigma attached to divorced women (Rated X), jealousy (You Ain’t Woman Enough To Take My Man) and from the perspective of a widow of a Vietnam veteran (Dear Uncle Sam). A friend and contemporary of Patsy Cline, she wrote and recorded I Remember Patsy, a tribute album dedicated to her late friend.

Lynn’s stock rose considerably in 2004 when Jack White, then of The White Stripes produced Lynn’s Van Lear Rose. At 72, the album was one of Lynn’s biggest hits of her 45-year career, coming in at number two on Rolling Stone’s list of the best albums of 2004. 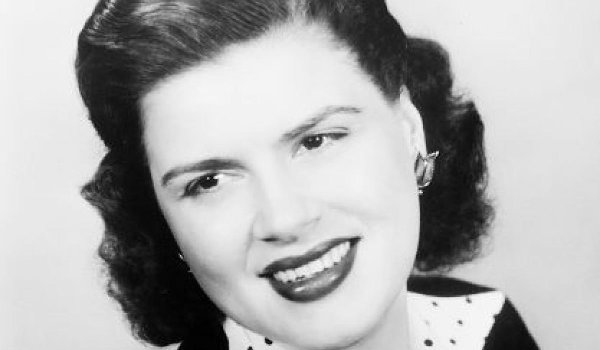 Willie Nelson once famously said: “Ninety-nine per cent of the world’s lovers are not with their first choice. That’s what makes the jukebox play.” Patsy Cline, who died tragically at the age of 30 in a plane crash, was blessed with a contralto voice that sang the songs that cemented Nelson’s claim, not least Nelson’s Crazy, which remains the song Cline is best known for.

Others songs drenched in the Nashville sound of which Cline was a loyal and brilliant exponent include Strange, Walkin’ After Midnight and Harlan Howard’s I Fall to Pieces, all of which feature Cline’s unique and powerful voice.

Merle Haggard really was at Johnny Cash’s 1958 show at San Quentin Prison. The then 21 year-old Haggard was serving time for the attempted robbery of a roadhouse in Bakersfield, California.

Haggard’s songs are full of sympathy and empathy for the outlaws, the down-and-outs, the drifters who revert to a life of crime as they see no other alternative. Songs such as I’m A Lonesome Fugitive, The Legend of Bonnie and Clyde, Branded Man and Mama Tried, all number one hits, cemented Haggard’s reputation as the one-time con done good.

Haggard’s gifts lay in his ability to walk a mile in someone else’s shoes and construct a convincing backstory to the characters who populate his songs. One of the most chilling songs he recorded, Sing Me Back Home, is sung from the point of view of a guitar-playing prison inmate called upon to sing a final song prior to the execution of a condemned prisoner at the death row inmate’s request on his way to the chamber.

A veteran who has dueted with Willie Nelson, Merle Haggard and almost every major name in country and rock music over the decades, often bridging the genres as Gram Parsons, her one-time partner also did as a solo artist and with The Flying Burrito Brothers.

Harris’ dueting with everyone from Neil Young to Mark Knopfler, Dolly Parton to Conor Oberst, often overshadows a stellar solo career. 1975’s Elite Hotel and 1995’s Wrecking Ball boast of a repertoire of covers that take in songs from Hank Williams to The Beatles, Gram Parsons to Jimi Hendrix, all performed with Harris’ stunning voice.

Harris’ rebirth as a composer in the 2000’s revealed all the skill and wisdom of a singer-songwriter who had spent much of the previous decades covering and studying the work of other songwriters. Released in 2000, Red Dirt Girl features 11 songs either written or co-written by Harris and just one cover. 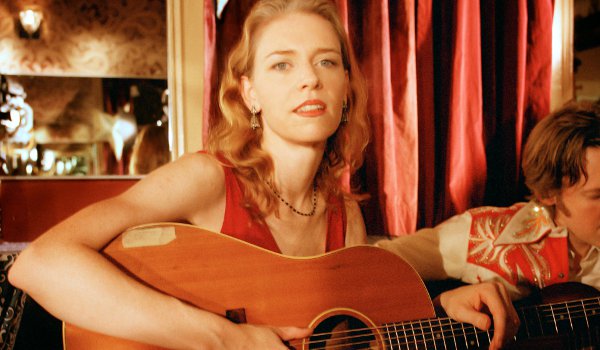 Berklee College of Music graduates and musical partners Gillian Welch and David Rawlings had a rough start in Nashville. Dismissed as blow-ins by purists, singer/guitarist Welch and guitarist/backing vocalist Rawlings were two middle-class graduates from New York and Rhode Island respectively, eschewing the rough and ready delivery of their predecessors and projecting a cleaner cut image.

The response to their critics? Time (The Revelator), the 2001 album which is a beautiful collection of songs of hope and longing, closing with the majestic, 14-minute I Dream A Highway. Gillian Welch capitalised on the strength of Time (The Revelator) with contributions to the T-Bone Burnett-produced 2002 soundtrack to the Coen Brothers’ O Brother, Where Art Thou?, which claimed the 2002 Grammy for Album of the Year, as well as selling eight million copies in the US, alone. In 2011, the duo released The Harrow & The Harvest, their first studio album of new music in eight years. It’s their best yet.

Although 72-year-old Texan songwriter Guy Clark started his career late (his 1975 debut album OId No. 1 was released when he was almost 35), his influence on Nashville songwriting and what later became known as ‘progressive country’ has been considerable.

Old masters and young guns alike, from Johnny Cash to Kenny Chesney, have recorded Clark’s songs, of which L.A. Freeway and Desperadoes Waiting for a Train are the best known.

Clark’s reputation is that of a master songwriter, though he has also worked as a mentor for many young writers. Steve Earle gained his first writing job in Nashville through a recommendation from Clark.

Similarly, Guy and Susanna Clark’s home in Nashville was an open house to songwriters and performers who came of age, among them Kris Kristofferson, Steve Earle and Clark’s best friend, Townes Van Zandt.