If you wrote an interplanetary ursine adventure what would you call it? Bears in Space of course!

The idea sprang from a pilot for a kids’ show, which the actors enjoyed doing so much they extended it into a play for adults. You’ll enjoy it just as much as they do, unless you are frozen from the neck down.

Speaking of frozen, we meet our two furry cosmonaut protagonists just as they’ve awoken from 700 years in cryogenic deep freeze. Our bears are on board a spaceship hurtling towards the limits of the universe, but uh oh, they’ve got outlaw on their tails (permit me one bear pun).

Adding to their woes, their captain is still a block of ice so they need to work things out without her guidance. Friendships are tested, loyalties are examined and silly songs are sung in a frenetic adventure with more costume changes than a Katy Perry concert. 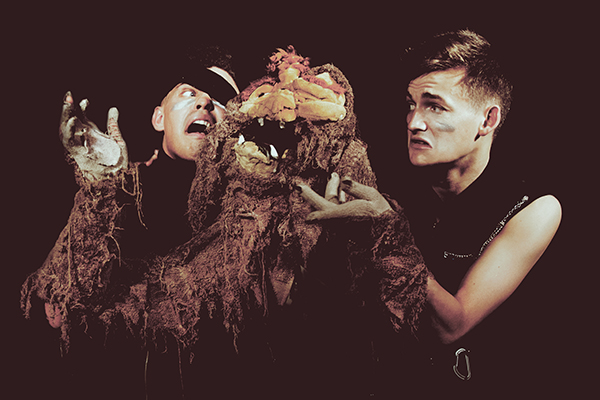 Our cast of intergalactic grizzlies include a Russian Polar Bear (Quinn), a Scottish Koala (Heffernan) and an auxiliary cast of a humorless computer (razor sharp comic timing from Gleeson) and the scene stealing bear equivalent of Benicio Del Toro (Heffernan again).

Richard E Grant’s secret lovechild (no, not really) Cameron Macaulay provides delightfully hyperbolic LOLZ as the narrator, as well as some nice riffs on the guitar to guide us along the galactic gummy bears journey.

It's The Muppet Show meets Star Wars with a dash of The Mighty Boosh, all vaguely trippy and really, truly funny.

Do not adjust your eyeballs. You are not under the influence of psychoactive drugs. This is theatre in 2015 ladies and germs. Go now or go to Dignitas.