Do you remember what you were doing back in the summer of 1991? Maybe this will help you recall.

Bryan Adams (Everything I Do) I Do It for You was probably playing on the radio while Right Said Fred were gyrating around in tiny shorts singing I’m Too Sexy on MTV. The Irish President was Mary Robinson, the Taoiseach Charlie Haughey.

Roddy Doyle’s novel The Van was just published – but that was eclipsed by one of his other accomplishments.

His debut book made it to the big screen – bringing the tale of one very disorganised, sometimes violent and always volatile Irish band called The Commitments to life.

It’s hard to believe it’s been 25 years since London director Alan Parker’s classic came out. Made for a modest budget of about $12million, it went on to become an Irish classic, almost as often quoted as the beloved Father Ted, and launching many of its unknown cast on to bigger and better things.

The film and the music have stood the test of time, and watching it today, The Commitments still has heart and humour and so much soul.

Here are a few facts about the cult classic... 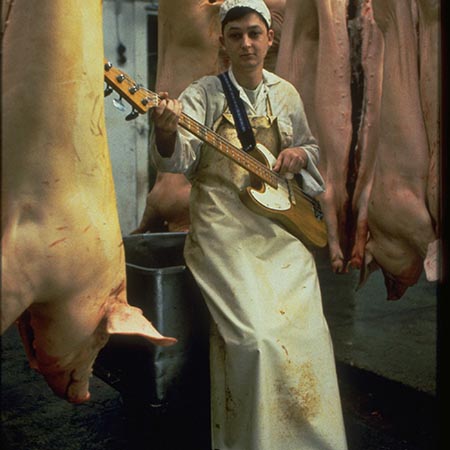 London director Alan Parker has hung up his hat

“Directors do not improve with age” is 72-year-old Parker’s philosophy. Hence since his 2003 film The Life of David Gale, he hasn’t put his name to another project, even turning down a lucrative offer to direct one of the Harry Potter films.

Parker also turned down a chance to direct Les Misérables.

Taking the show from screen to stage

There won’t be a Commitments sequel, but the classic film did get a new lease of life in 2013, when the stage musical opened in London, and Doyle was fully on board. Speaking about the musical Roddy Doyle said: “The Commitments were born in Dublin, moved to London, and will soon be hopping all over the shop. I wrote the novel – invented the characters – in 1986, and it thrills me to think that they will be entertaining audiences throughout the UK and Ireland 30 years later, in 2016.” The cast has changed since the show began and Corrie’s Kevin Kennedy is one of the latest additions, joining in October this year, playing Jimmy Rabbitte’s Da. 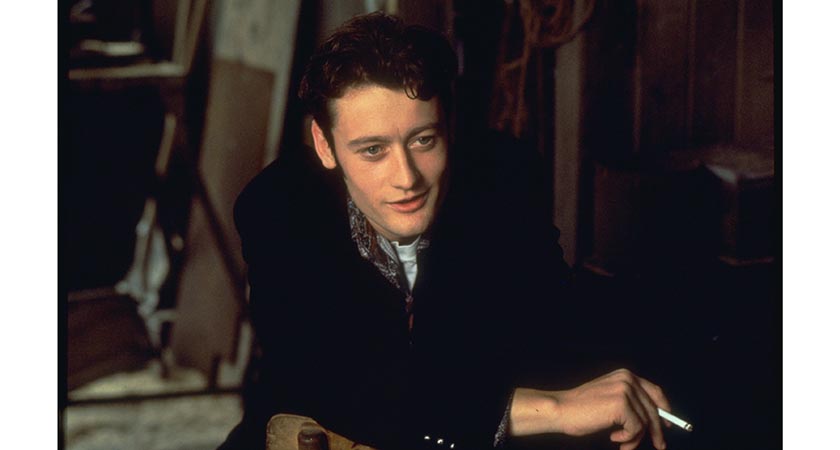 Say it once and say it loud!

One of the film’s most memorable lines comes from Jimmy Rabbitte.

The cast was plucked from obscurity, with Parker opting for musical talent over acting experience.

The casting was done by Irish husband and wife duo Ros and John Hubbard, with Parker listening to the musicians play their instruments and sing before having them read for the part. 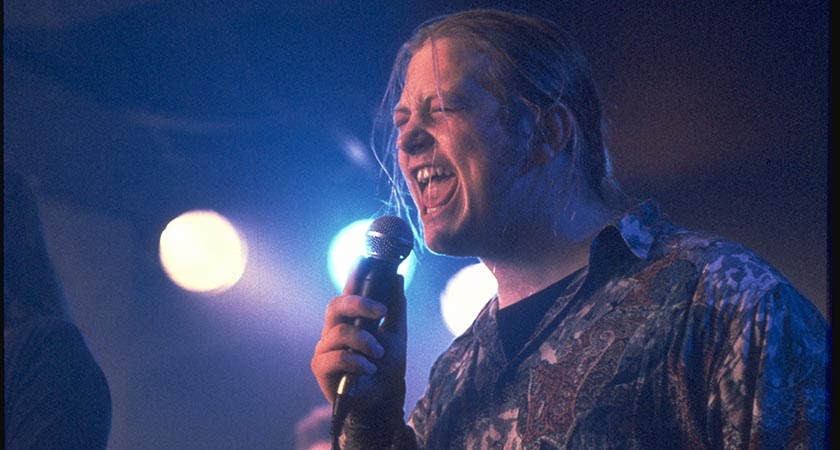 Dublin native Andrew Strong went on to play the pivotal role of Declan “Deco” Cuffe, but his rise into the role was anything but conventional.

Director Alan Parker only met the then 16-year-old through his father Rob, who happened to be the film’s vocal coach. After Andrew performed a rehearsal of Mustang Sally, Parker became convinced that he was the perfect fit for the character of Deco.

The soundtrack to the film included covers of soul classics such as In The Midnight Hour, Try a Little Tenderness and Mustang Sally.

The idea of a gang of Irish musicians singing soul might have seemed like a strange bet but the soundtrack went on to sell 12 million copies and gave many of it’s starts a springboard into their own solo music careers. 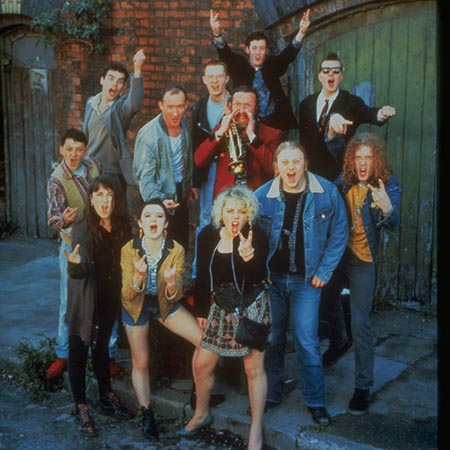 True to its Northside Dublin roots, the movie is gritty, funny and, in Roddy Doyle’s signature style, pretty sweary.

Doyle is famed for his ability to capture the distinctive Dublin vernacular on the page, but the movie did the fast-talking, wickedly funny Dubs justice too. According to IMDB.com, the f-word is used 145 times in the 113-minute film.

Top of the class

Before he was a director, Roddy Doyle was a teacher and he would have been quite happy to continue in his first vocation had directing never come along.

In an interview, Doyle said: “My job as a teacher was what I was happy doing. If someone said to me that it was what I’d be doing until I was 65, then grand. I started in 1979 and I loved the job.”

Deal or no deal

Doyle wrote the book during his summer holidays and enlisted a friend’s help to get it published. It met with a frosty review from Irish music mag Hot Press, which they will likely never live down. 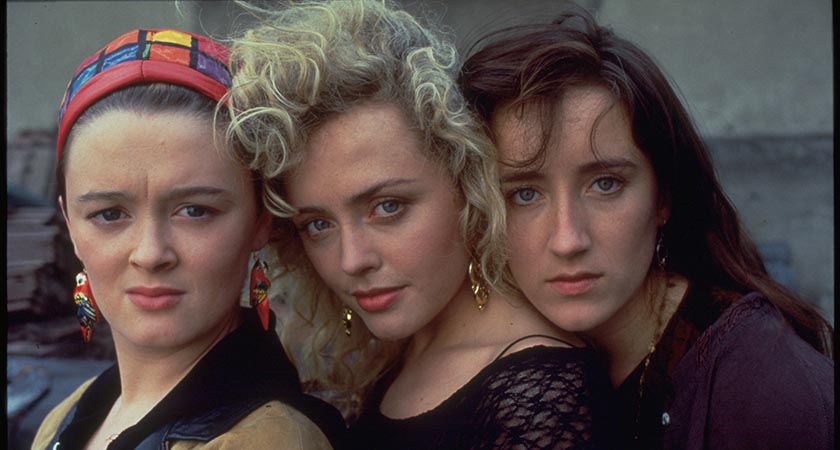 Clontarf-born Maria Doyle Kennedy got her first acting experience when she played Natalie Murphy in the movie, but her career didn’t suffer the same fate as the fictional band and end abruptly.

Kennedy has gone on to forge a dual career as an actress and singer – releasing albums and playing live as well as clocking up some notable acting credits in shows like Downton Abbey and The Tudors.

Finglas girl Niamh Kavanagh performed as a lead and backing vocalist on the film soundtrack for The Commitments, lending her powerful voice to songs like Destination Anywhere and Do Right Woman, Do Right Man.

After the movie Kavanagh took a day job in the bank, before she tried out to represent Ireland at the Eurovision Contest. She made it and won with the song In Your Eyes - giving Ireland it’s second Eurovision win in a row. 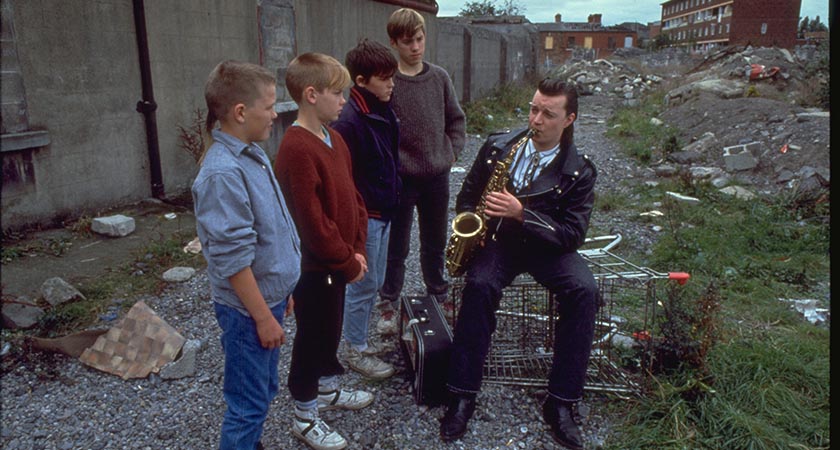 The movie wasn’t made for much, but it was a box office success. What’s more, it went on to win four Baftas and get nominated for a Golden Globe and an Oscar. It’s still one of the most successful home-grown Irish films of all time and definitely one of the most-loved.

She told the New York Times that the cast started off a bit shaky. “We all started off with some trepidation. We didn’t really know what was going to happen. The very first day we had a reading, we all went, ‘Oh, my God, what’s going on here?’ Then the next day we started rehearsing, and it was just brilliant.  Everybody was at exactly the same level, because just about nobody had ever done a movie before. Once we started playing, it was a real instant bond.”

Glen Hansard felt the film hurt his career in music

In 2007, Glen Hansard—who played ‘Outspan’ Foster in the movie—gave an interview to Entertainment Weekly in which he told of how the film overshadowed his career as a musician: “I don’t regret doing it. It was brilliant. I just regretted having to talk about it forever. It overshadowed my own band.

The film clearly didn’t hurt Hansard’s career too much however, as he went on to win an Oscar in Best Original Song for the film Once in 2008.

Not so for Parker

Parker stated that filming The Commitments and in turn working with such a young cast ended up making the movie his favourite filmmaking experience: “Certainly I’ve done films (like Pink Floyd The Wall) that were a less than pleasurable experiences, but during the making of The Commitments, when I woke up each morning I couldn’t wait to get to the set.” 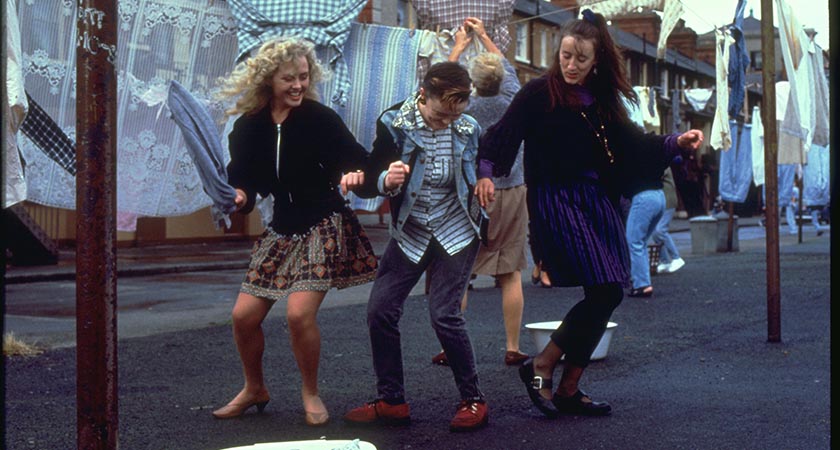 The reviews are in

Though a critical success, it wasn’t universally well-received.

The legendary movie critics Gene Siskel and Roger Ebert disagreed over the film’s merits in their renowned show At The Movies. Ebert gave the film a ‘thumbs up’ rating, but Siskel gave it a ‘thumbs down’. Explaining the decision, Siskel said the film was “a joyful but empty mixture of Irish kids and black American soul music”. Owen Gleiberman criticised the film’s “unlikely” premise, but praised its “first-rate” performances. Overall though, the film proved a critical triumph.

Van Morrison nearly made an appearance

Alan Parker had originally hoped to land none other than Van Morrison himself for the role of the film’s trumpet player Joey “The Lips” Fagan—but the role eventually went to stage actor Johnny Murphy instead. Murphy also happened to be the only member of the cast to not play their own instruments.

Alan Parker scattered references to his movies throughout the film

A poster featuring Alan Parker’s earlier 1984 film Birdy can be seen in the video store, while the title song from Parker’s 1980 flick Fame can be heard being sung.

In one scene, Jimmy shows Joey a newspaper article about The Commitments, in which the musician turned activist Bob Geldof is mentioned. Geldof had previously starred in Parker’s Pink Floyd The Wall (1982).

Made on a budget of $12 million

It might come as a surprise given the success of the film that it only grossed an initial $14.9 million. The film did however, secure a wide release in North America by its fourth week, in which it made it to the number three position at the domestic box office.