THIS IS some quack lads!

As we are all very much aware, the coronavirus pandemic has left streets lying empty across the world as human beings adhere to social distancing measures and remain in their homes.

An emerging trend due to the lack of human presence in towns and cities has seen wild animals showing up in places you'd least expect-- a flock of sheep peering in the windows of a deserted McDonalds, lambs playing in a children's playground, dolphins swimming in the Venice canals, and, of course, the herd of wild goats who descended from the mountains to take over a town in Wales.

Earlier this week, a young fox was spotted meandering down what would usually be Dublin's busiest shopping street, checking his reflection in shop windows and paying no heed to the few walkers who strolled past him.

Limerick is now the latest Irish city to have some unusual visitors after a mother duck and a brood of about ten tiny ducklings were spotted taking a family walk around the deserted city streets. 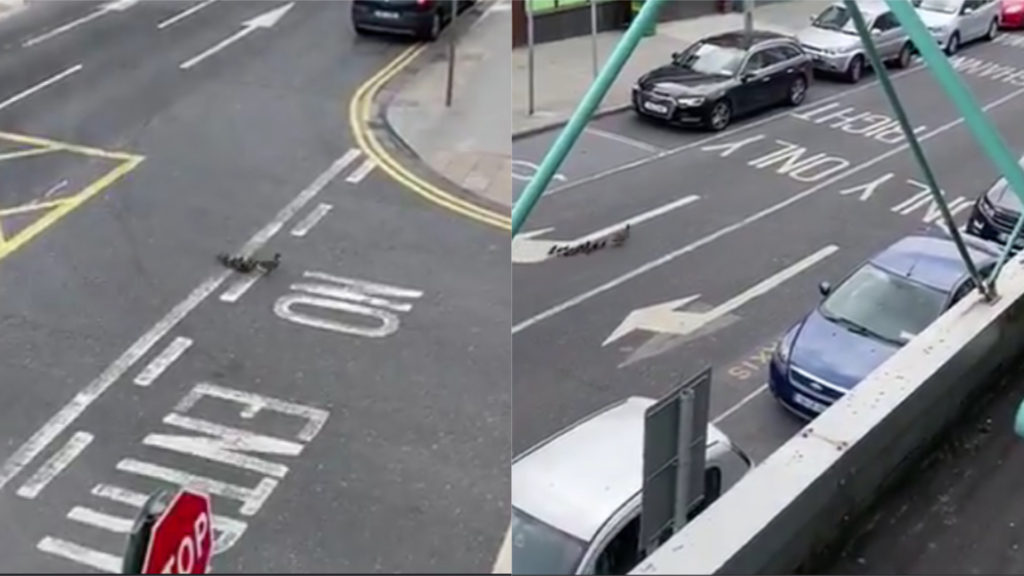 In a spectacular example of just how empty the cities have become, the mother and babies were walking directly on the main road in the city centre, which would usually be chock-full of traffic no matter the time of day.

But not only did the hen and ducklings not meet a single car in the video, a man is seen escorting them from behind and guiding them down towards the River Shannon in order for the family to get to safety.

Footage of the fantastic moment was caught by local Councillor Elisa O'Donovan, who posted the video to Twitter with the caption "Serious traffic in Limerick City today".

As the video spread around social media, dozens of people commented on how adorable the little family looked, and there were plenty of duck puns to be found, Cllr O'Donovan herself joking that "We've all gone a bit quackers during all of this"!

There was some concern, too, with one animal lover asking "But were they ok? Did they make it? I'm so worried"-- thankfully Cllr O'Donovan was able to confirm that the family were safely escorted all the way back to the river.

Thank duck for that!