IRISH actor Caolan McCarthy is currently playing two roles in a Shakespeare classic which has been reimagined for a contemporary audience.

The 27-year-old, who hails from Omagh in Co. Tyrone, stars in Much Ado About Nothing, which is running at the Rose Theatre Kingston until  May 6.

The production, part of the venue’s 10th anniversary year celebration series, is directed by Simon Dormandy and features comedian and TV presenter Mel Giedroyc in the lead female role of Beatrice.

While the 1598 play is one of Shakespeare’s more popular comedies, which tackles the struggle for love and identity in a male-dominated world, Dormandy’s take offers a more modern backdrop for the Bard’s text.

Set in Mafia-riddled Italy, the action plays out in a Sicilian spa hotel where gang leader Don Pedro and his entourage attempt to unwind following a recent turf war victory.

RADA-trained McCarthy, who has been living in London since 2012, plays mafia henchman Conrad, and also the wise Friar Francis in the production.

This week he told The Irish Post what we can expect from the adaptation... 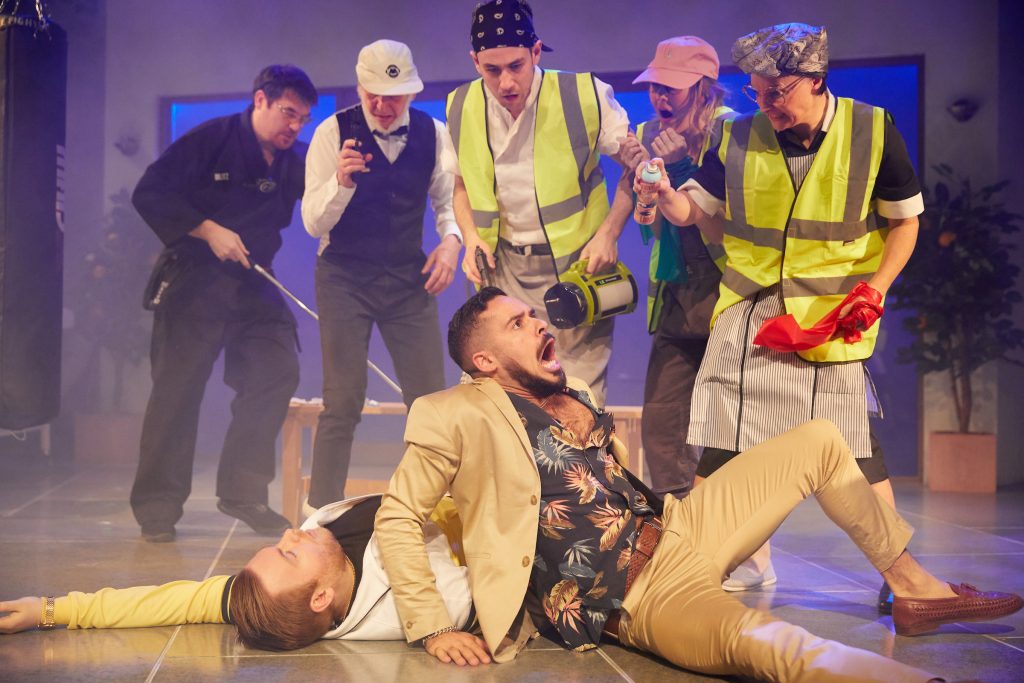 A scene from Much Ado About Nothing at the Rose Theatre Kingston (Pictures: Mark Douet)

What drew you to this production?

I love Shakespeare. I worked a lot on classical text with some brilliant teachers at RADA but this is my first opportunity to do so since graduating. His words really can't be beat.

What can you tell us about your role?

Conrad is Don John's henchman. He is loyal to him and has sided with him in the recent dispute between him and his brother, Don Pedro. Conrad attempts to get Don John to at least pretend to be happy outwardly to the other men so that if he wants to plan his revenge he may do so without raising suspicion.

Friar Francis is very important to the narrative of the play as his counsel during the wedding is the only reason why Hero isn't simply disowned there and then by her Father and the community. He hatches the plan that inevitably, thankfully, sees her honour restored.

Has it been challenging?

I suppose because, like I say, it's my first professional Shakespeare production - that brings all kinds of challenges along with it. All the same principles of acting apply but it is a very different discipline to, say, 21st century naturalism. You have a lot of pillars on which your performance must be built. You can't lose a word or add a word here or there as it will offset the rhythm of the line.

How has director Simon Dormandy approached his revival?

Simon has quite heavily edited our adaptation. He said from the beginning of rehearsals that he wanted the piece to move with pace and energy so he has cut quite a lot of extraneous dialogue (beautiful as the language may be). He has also modernised a few of the more archaic puns, for example, that a modern audience just wouldn't get.

What are the highlights?

I love the wedding scene. It comes at a point in the play when up until then, the tone has been relatively light; there have been plots and schemes but they haven't yet reached their climax. In the wedding scene, the play takes quite a drastic tonal shift which makes it all the more dramatic. 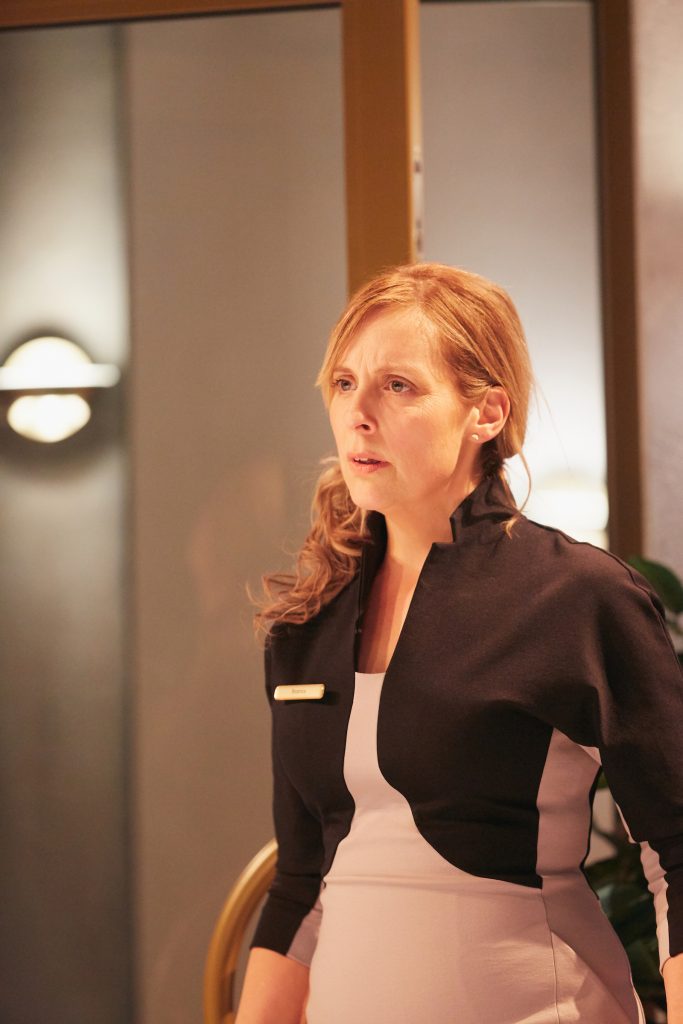 You’re working with TV comedian Mel Giedroyc, how has that been?

Mel is the dream. She is so warm and welcoming to everyone and perfect for the role of Beatrice. We are quite similar in that we don't take ourselves too seriously so we have spent most of rehearsals laughing.

The play is set in a male-dominated world – how relevant is it today?

Through our concept - the mafia world of Sicily - we are bringing to the stage a culture that is as male-dominated as Elizabethan England. Although we have come a long way in terms of gender equality since then, it is still a man's world, so we can't resign the kind of misogyny exhibited in the play to the history books - it still happens.

How does this role compare to your previous work?

Including my roles at drama school, this will be the third time I will have played a man of the cloth. Maybe the Lord is trying to tell me something! A joy for me is in the playing of two characters at such opposing ends of the spectrum; quite reductively: a goodie and a baddie. Quickly changing from one to the other and getting into their frame of mind - their drives, hopes, fears and experiences - sometimes in a matter of minutes, is very exciting and challenging. I've learned so much from the other actors I share the stage with. Their stagecraft, technique and professionalism have had such a positive effect on me - I'd certainly say this was a career highlight.

What will fans of the play take from this version?

I hope that the storytelling is clear, first and foremost. I'd also be pleased if our setting helps shine a light on the themes within the play in a way that perhaps they haven't noticed before.

And what can those who are new to it expect to find?

The play closes this Sunday, what‘s next on your agenda?

I have some voice work coming up and am also setting up a home studio. I am aiming to record my own music and produce audio dramas.  In terms of other acting work, I have wonderful agents in London and Dublin, so will be back on the auditioning circuit. Would anyone out there like to give me a job?

Much Ado About Nothing is at the Rose Theatre Kingston until Sunday, May 6.

Derry Girls Series 3 will be the end of the show, creator Lisa McGee confirms: 'One last adventure'