THE Cappagh Group is the latest construction firm to step up to the plate and sponsor a race at an upcoming fundraiser for The Aisling Project.

A charity race night will be held at Windsor Racecourse on Tuesday, September 7, to raise vital funds for the Camden-based organisation, which supports some of the most vulnerable members of the Irish community across the capital.

Cappagh, an Irish construction industry leader, is a long-term supporter of the charity.

This week they confirmed they would be back sponsoring the fundraising event for a fourth consecutive year.

“We’re delighted to have Cappagh back as a sponsor for the fourth time in a row,” Alex McDonnell, Aisling Project Coordinator, said.

“People in construction are great supporters of our charity and indeed all charities across the UK,” he added. 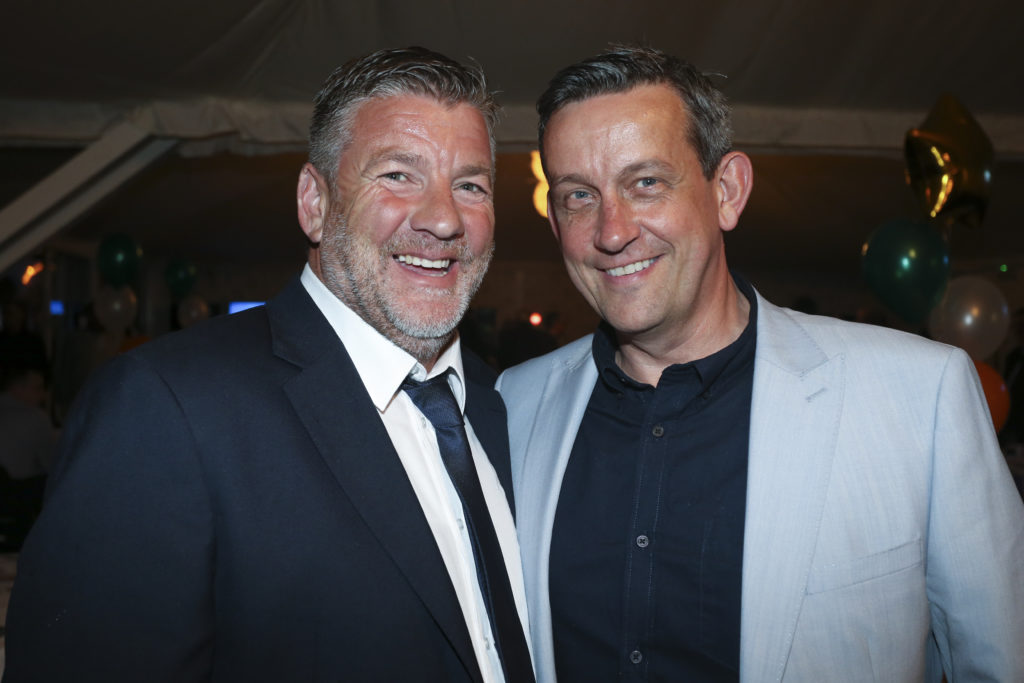 Thomas Ferncombe and David Fahy of The Cappagh Group

Cappagh was founded by Waterford man Tom Ferncombe in the 1970’s and today has over 150 employees in the utility and civil engineering sector.

Other sponsors who have already signed up to support the race night, include Murphy Group, Thames Materials, Coinford and the Gallagher Group.

Held at Windsor Racecourse, the 2021 fundraiser will mark the fourth instalment of the popular event, as the 2020 offering was cancelled due to the pandemic.

“The event has been a sell out with a waiting list for tables,” a spokesperson for Friends of the Aisling Project committee, which organises the event, told The Irish Post.

“There are some individual seats available with secondary sponsorships which include sponsoring the parade ring and a massive billboard at the finishing line,” they added.

The racecard will be shown by Sky At the Races, which has a regular audience in excess of 300,000 viewers.

In 2020 Aisling was unable to take any of its usual trips, brining clients back home to Ireland to reconnect with their roots, because of Covid-19 restrictions, but the charity has continued to work with its clients throughout the pandemic.

“Work is ongoing with supporting our clients who are already isolated and vulnerable and more in need of ever-greater reassurance and contact with their families now than ever,” Mr McDonnell explained.

“Our wonderful volunteers are a lifesaver for many by dropping by for doorstep chats and phone calls,” he added.

If you can help support the charity there still some seats and sponsorship opportunities available.