I’m not asking for crazy stuff, says Salah as he looks for a new contract

LONDON, ENGLAND - JANUARY 02: Mohamed Salah of Liverpool during the Premier League match between Chelsea and Liverpool at Stamford Bridge on January 2, 2022 in London, England. (Photo by Marc Atkins/Getty Images)

EGYPTIAN SUPERSTAR Mohamed Salah has claimed that he wants to stay at Liverpool and get a new contract, but it's not in his hands. The forward has said he is not asking for "crazy stuff.

Salah has less than 18 months remaining on his current deal and fans at Liverpool have become restless over whether he will commit his future to the club.

Mo Salah on his new contract:

“I want to stay, but it’s not in my hands. It’s in their hands. They know what I want. I’m not asking for crazy stuff.” #awlive [gq] pic.twitter.com/JjGjHMT1n9

There have been reports that the 29-year-old is looking for a wage packet in the excess sum of £300,000 to join the league's best players. This would obliterate Liverpool's current wage bracket and would be a huge shift from FSG's frugal methods with money. The club are reluctant to hand out lucrative contracts to players once they reach 30, which he does in June.

Salah spoke to GQ's first global sports issue and said that it's clubs that have to act as they have the power.

"I want to stay, but it’s not in my hands. It’s in their hands. They know what I want. I’m not asking for crazy stuff," said Salah.

"The thing is when you ask for something and they show you they can give you something (they should) because they appreciate what you did for the club.

"I’ve been here for my fifth year now. I know the club very well. I love the fans. The fans love me.

"But with the administration, they have (been) told the situation. It’s in their hands." 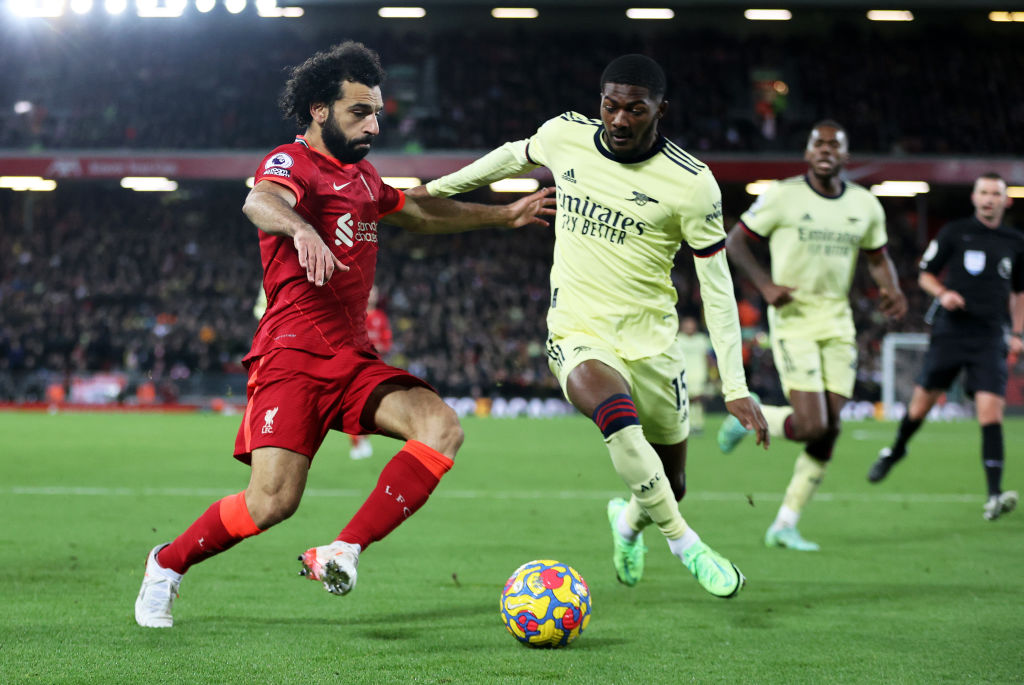 While Liverpool plow on with Premier League and EFL duties, Salah is currently away on Egypt duty at the Africa Cup of Nations. He's also made the three-man shortlist for FIFA’s best men’s player of 2021 with Paris St Germain’s Lionel Messi and Bayern Munich’s Robert Lewandowski

"If you asked me if this was a drive for me to be here? Yeah, of course," he added.

"But I will have a good life even if I don’t win. My life is OK, everything is fine."

Liverpool play Arsenal in the semi-final first leg of the EFL Cup this Thursday.

Reds boss Jurgen Klopp revealed on Sunday that the club's Covid outbreak last week was due to "a lot of false positives".

The scale of infection as indicated by those PCR test results - which followed an initial round of lateral flow tests - led to the temporary closure of their training ground and ultimately the decision to postpone the cup match against Arsenal, which was due to be played last Thursday.

It is understood the EFL views the evidence submitted to it by Liverpool as sufficient and that the correct process was followed, and has no plans to open an investigation.

As many as 40 players and staff returned suspected positive results, the PA news agency understands.