WHEN one thinks of the Irish, the image is fairly clear: fair skin, pale complexion and a copy of the Irish Post underneath the arm (just kidding). But a new documentary claims that the earliest Irish people looked nothing like that at all.

The Burren: Heart of Stone, which aired on Irish television late last month, has suggested that early inhabitants of Ireland were in fact black, and had blue eyes.

Scientists in the documentary use modern forensic techniques to explore Ireland's past, and they found evidence that black people lived here around 10,000 years ago.

It's understood that the evidence was found in the Co. Clare region, but there's nothing to suggest that they didn't stretch throughout the entire island.

The documentary says these inhabitants gathered shellfish and hazelnuts and hunted wild boar. They lived typically in around the cliffs on the edge of the sea, and likely slept in caves.

It's thought that around 4,000 years ago, these inhabitants were displaced by farmers who moved in and eventually established "the modern Irish gene pool as we know it today".

This evidence follows on from the discovery made by the Natural History Museum in London that 'Cheddar Man' - a Mesolithic skeleton found in a cave in the south-west of England in 1903 - had "dark to black skin" with blue eyes and curly hair, as we reported back in 2018. 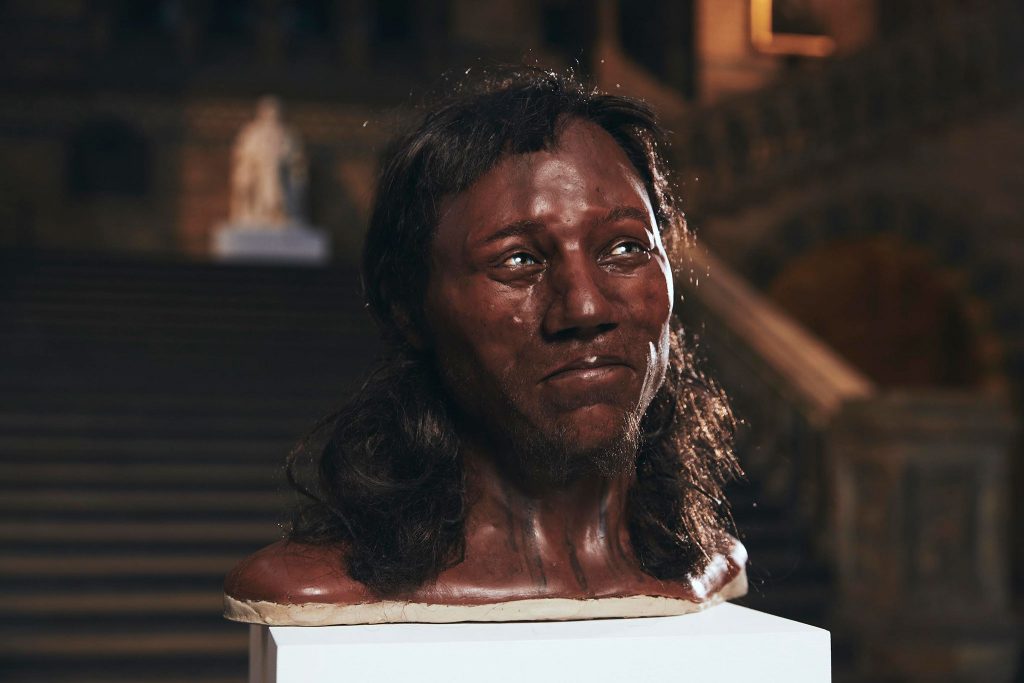 "We think the ancient Irish would be similar to the Cheddar man," said Dr Dan Bradley, professor of genetics population at Trinity College Dublin.

"The current, very light skin we have in Ireland now is at the endpoint of thousands of years of surviving in a climate where there's very little sun.

"It's an adaptation to the need to synthesise vitamin D in the skin. It has taken thousands of years for it to become like it is today."

It's estimated that around 30,000-40,000 people lived on the island of Ireland back then, and it's likely that every Irish person is descended from those individuals, one way or another.