ON July 28, 2005, the Provisional IRA announced that it would officially be laying down its arms, effectively drawing a line under the Northern Ireland conflict.

While the peace process had began years earlier, and the Good Friday Agreement had been signed seven years prior, this disarmament declaration was music to the ears of everyone involved in bringing peace to the island of Ireland.

IRA leaders said their work would focus solely on peaceful political means from then on out, and that all paramilitary activity would cease. 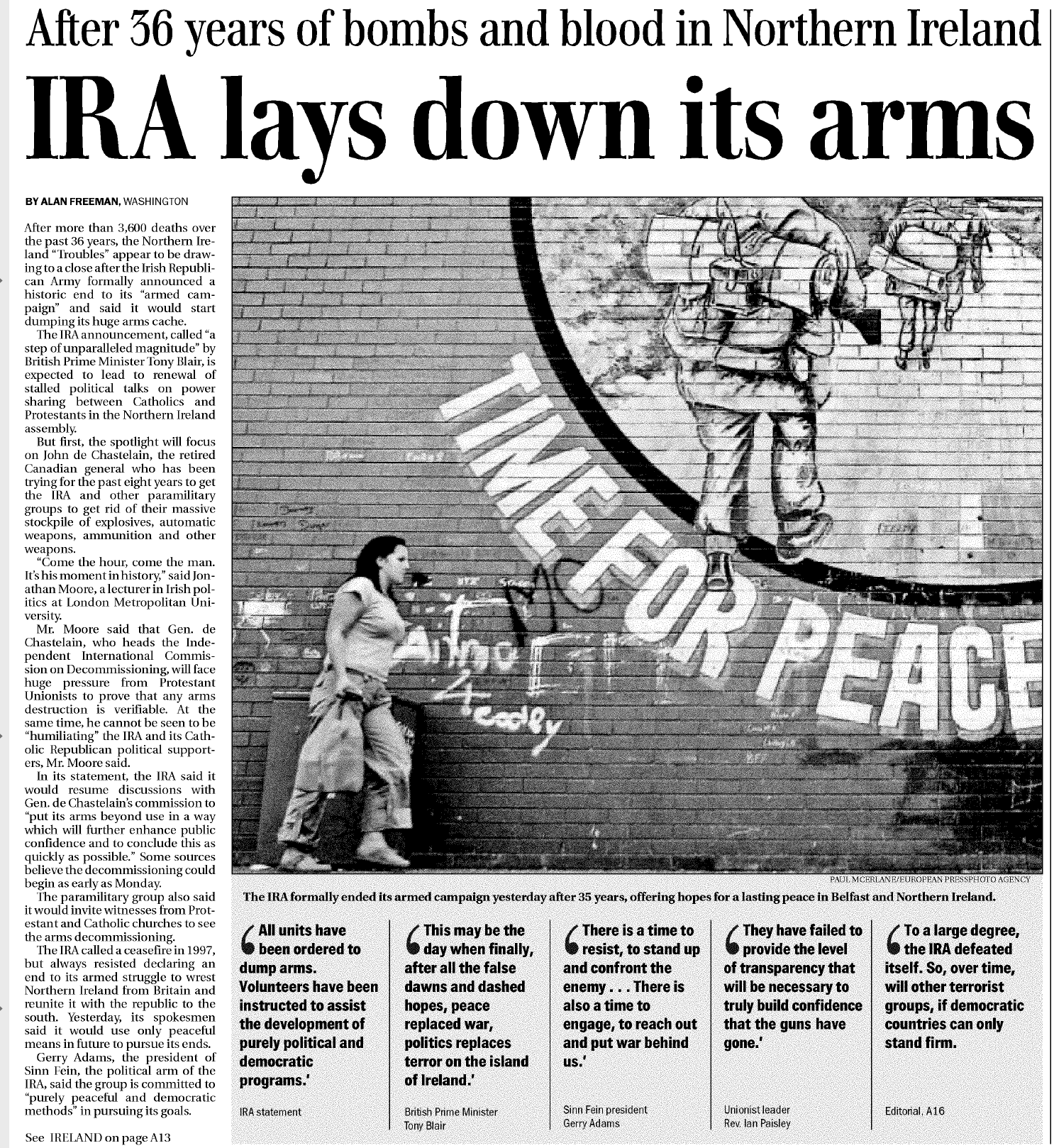 It would take another two months before "the totality of the IRA's arsenal" had been dismantled and decommissioned, but on July 28, everything was put into motion.

British Prime Minister Tony Blair said of the disarmament: "This may be the day when finally, after all the false dawns and dashed hopes, peace replaced war, politics replaces terror on the island of Ireland."