The chalice has been stored for the past century in a simple box in the stables of a Devon manor house.

It previously belonged to Wilson Rae -Scott Esq. a financier from Chiswick, London, who was a major collector before the Second World War, and then moved on by descent to the current owner.

Curators at the National Museum of Ireland have compared the chalice to another example made in Galway in the fifteenth century.

Curators at the museum pointed out that the item’s “rare and unusual spreading profile of foot may suggest a very slightly earlier date than other known examples”. 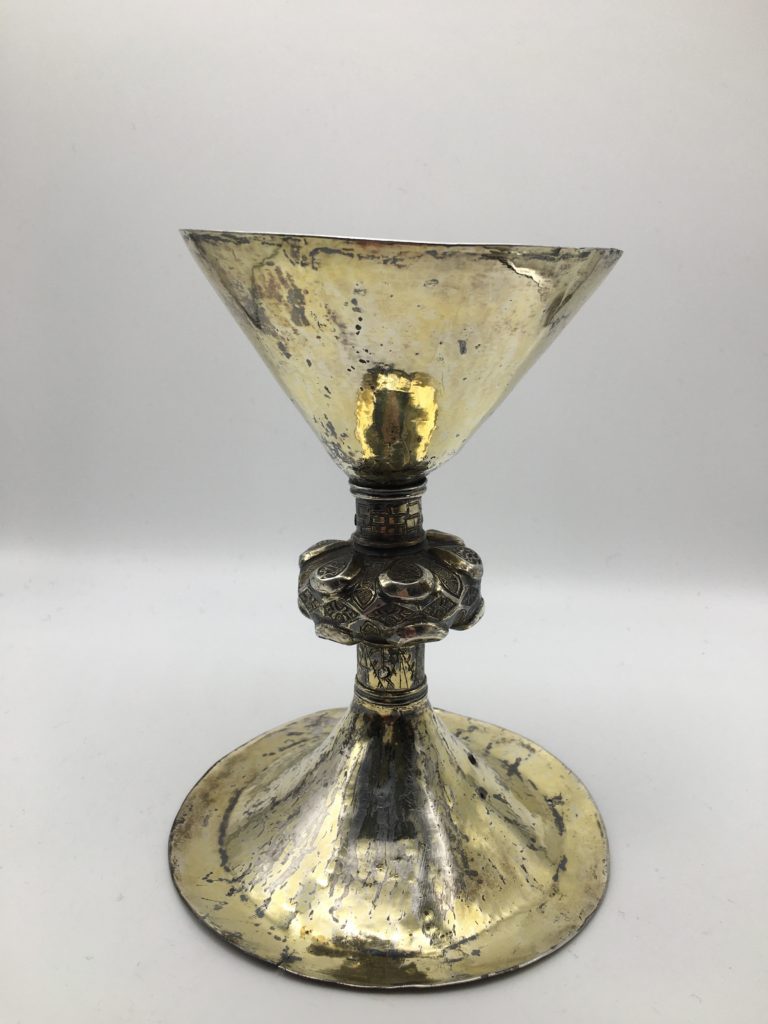 Very few chalices of this date are documented and almost all are in public collections.

A close example is The Tynagh Chalice, found in the treasury of Clonfert Cathedral, county Galway – which has similar decoration but was made approximately two decades later around 1500.

“Owing to the vicissitudes of the English and Irish Reformations, and the ensuing Dissolution of the Monasteries enacted by Henry VIII, pre-Reformation chalices in precious metals are rare,” a spokesperson for Duke’s Auctions explained.

“That Henry VIII’s religious reforms in Ireland in some cases did not go much further than The Pale, the area immediately surrounding Dublin, may account for the survival of much pre-Reformation plate,” they add.

“However, while some precious metal objects such as this may have survived religious reform, others did not escape the melting pot: the metal either re-used to make a new, updated object, or sold to raise funds.”

Phillipa Glanville OBE FSA, former chief curator of Metalwork, Silver and Jewellery Department at the Victoria and Albert Museum, London, has suggested that the chalice may have been buried, accounting for its survival.

Senan MacDonagh of Duke’s Auctions, Dorchester said: “The chalice’ excited a lot of interest among museums as well as private collectors [ahead of the auction].

“With my own family from the West of Ireland, it is exciting to handle such a rare object from that part of the world connected to Ireland’s history.”