A WALKING stick which once belonged to Irish revolutionary hero Michael Collins is set to go up for auction.

Bloomfield Auctions, based in Belfast, have acquired the antique and will auction it off next week.

The auctioneers told The Irish Post that the walking stick had been in the "possession of a gentleman for over 40 years"-- and will soon have a new owner.

The walking stick is silver mounted and is accompanied by a handwritten letter which proves it belonged to the Irish hero, and is sure to be the main event in any Irish history fan's collection-- however an item as unique and steeped in history as this will not come cheap. 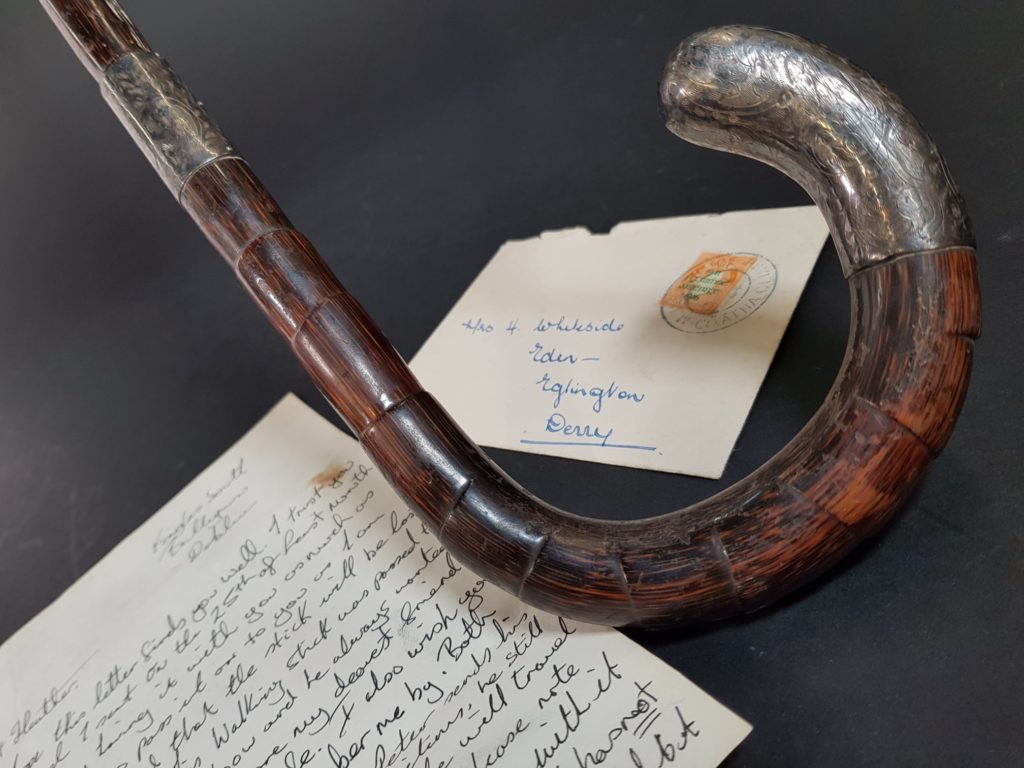 The historic artefact is expected to fetch an astonishing £10,000, Bloomfield Auctions told RTÉ News-- thanks in part to Collins' legendary standing among Irish Republicans, and the recent centenaries in Irish history causing a rise in interest in the iconic figure.

Auctioneer Karl Bennett told the outlet that he had the names of all the families who had been in possession of the walking stick over the decades, and he is certain it is a genuine artefact.

Bloomfield Auctioneers will also offer up another unique artefact for auction next week: a 1921 arrest order for Michael Collins, which warns police that the Cork man is planning a trip to the north of Ireland and should be arrested on sight.

You can find out more on the Bloomfield Auctions website here.